CA Pallavi, Partner at S R Dinodia says, Indian CAs in the post-independence era focused on establishing their practices, so going global was not a priority. But now CAs are fuelled to take risks. 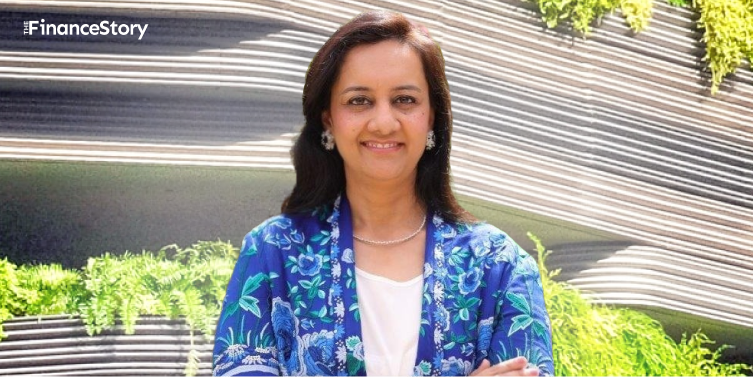 TFS: Why doesn’t India have something like a Big Four? How long will it take for us to reach that position?

Pallavi: Let us talk a little about Indian history.

If you look at the Big Four or Six, you will see that they have come from economies that are far more developed than ours.

Let’s put things in perspective; a lot of first-generation CAs emerged after the Institute of Chartered Accountants of India (ICAI) was established in 1949.

Over the last 50 years, in post-independence India, CAs established their practices to be self-reliant. They focused on the growth of their firms in tune with the growth of the domestic market and the changing laws in India.

So it’s obvious that going global was not on their radar.

In the 2000s with the advent of globalization, and technological advancements, however, more and more CAs started thinking of going global.

What we really needed to go global, was the changing times and technology.

The young talents are coming in, and they want to grow.

When you don't know where your next meal is going to come from, taking any risk becomes a bit irresponsible, right?

I think Indian firms will go global and in the next 5-10 years, you will see some large Indian Firms emerge.

TFS: Should there be a government intervention or a task force to help Indian accounting firms scale globally?

Pallavi: Just a nudge from the government is enough. And I think they have given us that.

Our honourable Prime Minister, Shri Narendra Modi has said in one of his speeches “I don't want to see only the Big Four in India, but I want to see the Big 8 of India going overseas. I want to see a global firm that was started in India.”

A lot of us were very enthused by his words.

We CA's are smart, intelligent people, so I don't think an intervention is needed.

Additionally, The Institute of Chartered Accountants of India (ICAI) is also looking into this matter and doing a great job there.

There is a special committee that has been constituted to look at the international networking of firms; “How to grow?” “What to do?” “What should be our new rules?” “How do we move with the times both inbound and outbound?”

The nudge from the Prime Minister and the initiatives that the institute has taken will together make our global dream a reality, within the next few years.

TFS: Could you tell us what joint audit means? Some people believe that joint audits will allow Indian firms to become the next Big 8. What are your thoughts on that?

Pallavi: The system of joint audit already exists in large PSUs (Public Sector Undertakings) or banks. But it's not yet implemented in the private sector for some reasons.

The joint audits which are extended to NBFCs is a good step that will help both the NBFC and the auditor ensure transparency and ensure a more stringent and complete review of the loans/deposits etc. the defaults of which impact the public at large.

Usually, a bank has a central statutory auditor. Because of the sheer volume of the work the bank appoints two or four joint auditors.

So the Comptroller and Auditor General of India (CAG) allocates different types of areas to the joint auditors.

If my firm does piece A of auditing this year, another firm may do piece B next year. They are typically appointed for a period of three or five years.

This is actually beneficial as it creates good audit practices and allows the auditors to learn and gain.

I don't think that a small firm is technically less capable than any large firm. In my opinion, it's a symbiotic relationship between a large and a smaller auditing firm.

We are in an intellectual profession and everybody is equally intelligent based on whatever experiences they have had. Joint audit will enable everybody to learn and grow together.

In my opinion, joint audit is a good thing.

TFS: We at TFS believe that CAs play a vital role in economic enhancement. What are your thoughts?

Pallavi: My grandfather was a CA, he used to say that we are wealth doctors.

When I was a kid he had people calling him at 7 a.m. or 12 at night for money-related problems. He was never off duty.

The businesses that we serve come to us for everything; from succession, wills, capital gains, to selling properties, reading documents, and filing their returns.

So I would say, CAs definitely contribute to the economic enhancement of the country.

TFS: Do you think tech enablement is necessary for a lot of the proprietary CA firms?

Pallavi - Even though S R Dinodia is a partnership firm, implementation of tech is difficult for us.

And we CAs are used to working in a certain way for such a long period of time, always rushing, always trying to meet a deadline, that we don't have that space in our mind for technology adaptation.

One of my seniors, whose firm is maybe five or seven times larger than mine told me once “I have implemented new technology in my firm, but unless every person in the firm believes that the technology is going to make his or her life easier, they are not going to adapt.”

And I know technology is something that you can’t force upon other people.

Adaptation requires a shift in mindset and the process needs to be easier.

I know a lot of large firms that have implemented new technology and have been very successful in doing so.

But for the smaller firms, you need something as easy as Ms. Excel, or Ms. Word. I don't think we've reached that ease of technology level yet.