My Journey as a Chartered Accountant & SAP Consultant 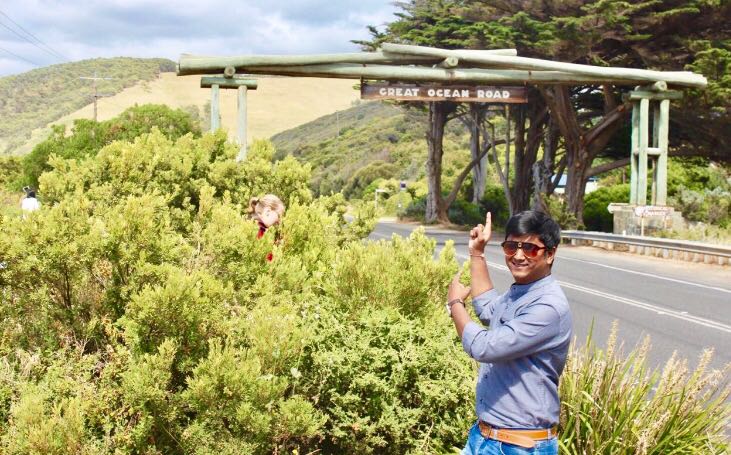 He also holds a certification in SAP-FI (Finance).

MY CHARTERED ACCOUNTANCY JOURNEY AND AN ACCIDENT THAT CHANGED MY LIFE

I had converted from PCC (old course) to IPCC (new course). This kept my articleship going even during IPCC (2nd level CA exam consisting of 2 groups - Group 1 & Group 2). I had my IPCC exams in Nov'09.

With much vigour and good competitiveness, I was managing my studies and articleship decently well while keeping cricket, movies, and socializing along.

I come from a business family so everyone is not very educated, it was my high school group that gave me the push at every stop. Owing to good results in HSC, college exams and CA entrance I had a lot of expectations riding on me.

I had recently turned 18 and was allowed to ride two-wheelers, thus using my bike to commute to class and back.

On the 15th of May'09, I was returning home for lunch from class on my bike, it was 1 in the afternoon and the roads were almost empty since the summer heat was at its peak.

I could see a distant scooter being driven by an old man on the left going pretty straight. While I tried to overtake him from the right, his scooter turned right out of no-where to enter a lane in the front. No signal from his hand or sidelight and my bike bumped hard into his scooter. We fell and got dragged for a few meters.

The bike’s body was on my right knee and the old man laid motionless on the road. While I was asking people around me to help him get up, I saw his family come out from the lane while his wife cursing me for the ‘evil deed’.

The Ortho suggested for an immediate MRI of the knee that had blood-clotting and suggested to wait for a week to decide whether to go for surgery or not.

I had just two thoughts in my head - Hope the old man is fine and could I still appear for my exams!

I had a few bruises on my hand but feared something major on my leg since I fell down twice while trying to get up. It turned out to be a ligament break.

On the fourth-day post-accident, the police rang the house-bell searching for me; thanks to a pedestrian who suggested they should file a complaint against me under rash driving.

It was a warrant to an 18-year old with a damaged knee to be present in the court in defence.

Meanwhile, the doctor had suggested for a ligament surgery post which I had to take complete bed rest for 2 months. While I was missing onto critical lectures for plenty of hours every day, I had threats to face legal consequences getting my passport seized until the case was over.

The circle of police station-court-lawyers-insurance-hospital begins and all these put together had created a very negative impact on my mindset.

I was being advised to skip IPCC Nov'09 attempt. Yet the only thought that haunted me is that not appearing would itself be a failure in my mind if not on paper. I had decided that I rather appear and fail.

I sidelined all the stuff that had crippled my body and started self-study giving my best.

My family and friends supported me greatly.

I had missed 2 months of classes and when I could walk with a walker I appeared for a Law-mock test in August. I didn’t expect a good result but I just had a target to attempt 120% and complete the paper in three hours. I ended up getting 78 /100- Highest in the class of 130 students. It was a strange surprise that boosted my confidence sky-high but there was much more to go on the ground as yet.

Anyway, by Sep'09, I could stand on my legs and that mattered the most. I was out of the legal stuff, hospital mess and was able to give the best for 3 months until exams.

The incident had made me grow wiser and a hard worker.

That attempt I cleared IPCC all the subjects with short of 9 marks for AIR!

For CA Final, I worked really hard and managed to clear in the 1st attempt again.

HOW I GOT AN OPPORTUNITY AS A SAP CONSULTANT

I appeared for campus interviews conducted by The ICAI and got selected in TCS as an Associate Consultant.

At the interview, I was offered a range of roles. However, finally, there were two offers in hand:

At 21, I wasn’t sure what will lead to where but I chose the latter one.

It was here that I realized the Importance of ISCA in the CA course.

In 5+ years of my experience as an SAP Consultant I could:

He can be reached at gandhinandan474@gmail.com/thecastory@gmail.com. He is the best person to reach out to for a practical understanding of ISCA!