This CA left India for Nigeria at the age of 22: How his bold decision led him to become a CFO under the age of 30

Moving to Ghana but CA Ashish Agarwal took that tough decision. Because of this within six years of starting his career, he was able to become the CFO at OK Foods, one of Olam’s subsidiaries

Friends influenced me to be a CA

Growing up in the Marwari business community in Rajasthan, Science was never really my cup of tea. Therefore, after Grade 10, I chose the next best thing – Commerce.

Unfortunately, we did not have career counselling back in 2006, so there was no exposure to various career choices.

I wondered what my next move would be.

While still discussing our career plans, one of my friends suggested that we should pursue Chartered Accountancy (CA). “After all,” he added, “Indian CAs are globally recognized.”

We took the suggestion, packed our bags and headed for Delhi.

I enrolled with the Institute of Chartered Accountants of India (ICAI) for CA Foundation alongside Delhi University for a Bachelor of Commerce degree.

After constant grind, I eventually qualified as a CA in 2010.

Now came the next big question - What next?

From India to Nigeria as a CA Fresher

In the ICAI Campus Placement Program in Bangalore, I unexpectedly cracked the interview at Goldman Sachs.

I know most CAs would kill for a job at Goldman Sachs, but working at an investment-banking firm did not excite me.

I decided to retry my luck at the Campus Placement Program in Delhi, hoping for a job at a multinational company (MNC). Unfortunately, I could not get past the Group Discussion (GD) round.

I was disheartened and somewhere on campus, I told my friend that I wish I could have an interview for a job at Olam International. Believe me, that very moment the HR Manager from Olam passed by, overhearing our conversation.

You guessed it right, we were invited for an interview and from there on things started to look up.

My friend and I both got the chance to appear in the GD round. After six rounds of GDs and three rounds of interviews, we finally made it.

Wait! There is a catch; the job was in Ghana, which meant that I had to leave the country.

As a 22-year-old, I had plans to enjoy my life and catch up with friends a little, especially after studying so hard for the CA course.

It was a make-or-break decision for me because I had also seen people frowning upon the thought of moving to Africa, its economy being one of the reasons.

Having always believed in pushing myself out of my comfort zone, I took a tough call and made my way to Ghana in 2011. 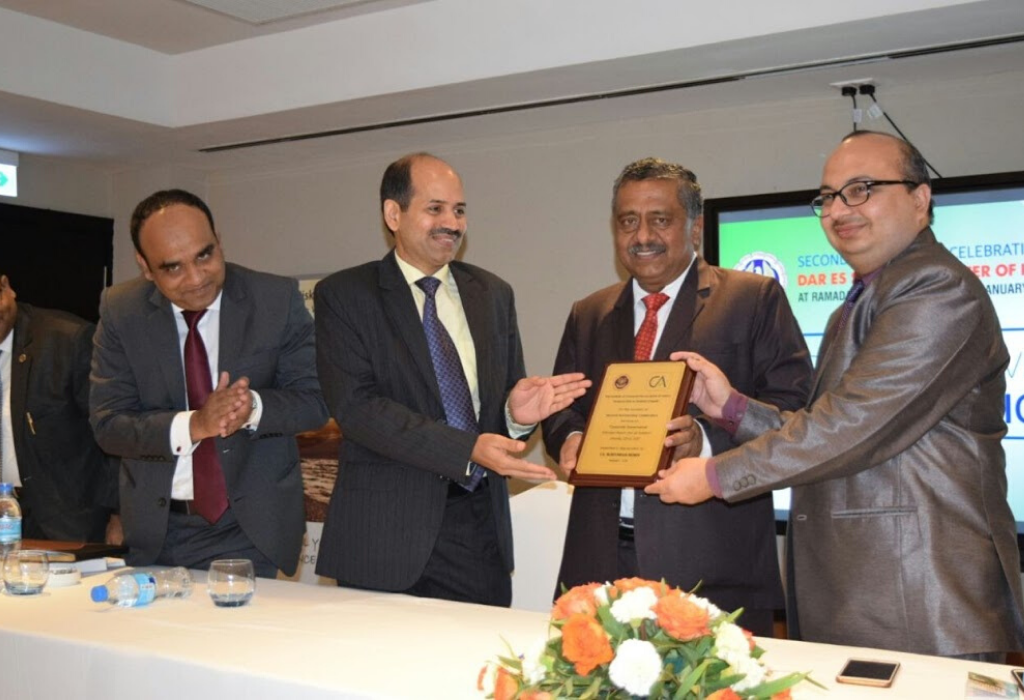 A decade in Lagos, Nigeria: From a Trainee to a CFO

I joined Olam International as a Finance Management Trainee.

My transition to Ghana was overwhelming. Every day was a constant need to adapt to the new work environment, including currency fluctuations and a high-interest rate regime.

Most importantly, I had to stay alert no matter what.

Six months later, I became the Finance Manager at OK Foods Limited, a Nigerian subsidiary of Olam International. The growth in African countries is exponential if you are dedicated and are capable of adding value.

That is how within six years of joining, in 2017 the company promoted me from being the Finance Manager to being the CFO of the second largest biscuits and confectionery company in Nigeria, with a turnover of over $100 million.

Choosing unconventional countries can give you great opportunities and can help you excel in your career. 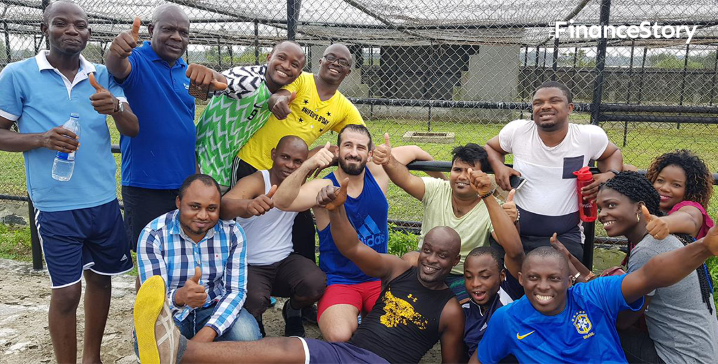 Looking for a new opportunities after a decade in Nigeria

Once we cross a certain age, it becomes difficult to come out of our comfort zone and experiment with our careers. So, I had promised myself early on that I would always take bold career moves for at least the first twenty years of my career. And I did.

In 2020, after working for almost a decade in Nigeria and three years as a CFO, it felt like I was getting a little too comfortable in my job.

I was asking myself “what next?”.

I started to look out for new opportunities and then Covid-19 struck us. Despite the odds, an opportunity came from Zimbabwe in one of the largest integrated agricultural conglomerates in sub-Saharan Africa.

Certainly, the decision of moving to another new country was tough, especially during a deadly pandemic but I was ready to take the risk for my career advancement.

In August of 2020, I jumped ship and became the CFO at Export Trading Group’s edible oil company in Zimbabwe.

Joining a startup in Indonesia

Everything was going pretty well and I had just settled in the new country when another opportunity presented itself from a startup in Indonesia.

Having never worked in a startup ecosystem before, the offer intrigued me. Unlike a well-established organization with already existing policies and procedures, I knew I would have to take care of several divisions on my own. I believe that pulled me towards Indonesia.

There I was, preparing to move to another continent once again. Honestly, I was ready not only to experience the different cultures in South East Asia but also a different work environment.

In May of 2021, I became CFO of Jiva, an Olam International–backed Agriculture Technology (AgTech) startup that builds transformative technologies to empower smallholder farmers and re-invent agriculture systems. 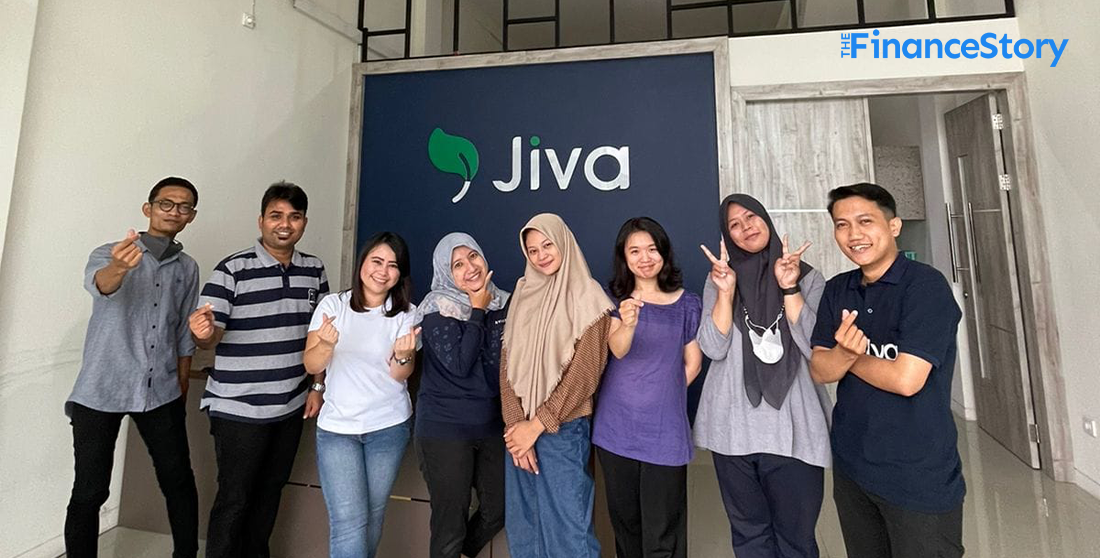 From my decade-long experience, I think I am qualified to say that there are many opportunities for Indian CAs or finance professionals in Africa.

During my time in Nigeria, Indian CAs were Heads of Finance in almost 70-80% of the companies with which I acquainted myself.

The organizations are well aware that we, finance professionals always bring something different to the table. It is not just in Nigeria - the demand is prevalent throughout the entire African continent.

However, what is the point if nobody wants to even get out of his or her comfort zone and seize the opportunity?

Many people have stereotypes about Africa because of how the media portrays it. Contrary to popular belief, Africa is really beautiful and diverse.

Africans are extremely welcoming; I would recommend the experience, at least once. In Nigeria, you will learn some of the most important life lessons that no other country will teach you.

You can look for opportunities through job portals or referrals. I also recommend LinkedIn.

On the salary and compensation front, it is very rewarding. The growth in salary is also amazing and you can save a large portion of your earnings. For instance, a company might offer you 70-80K USD per year as a CA Fresher however out of this you can easily save 20-30k USD every year. I believe this is amazing for a CA starting out in their career. 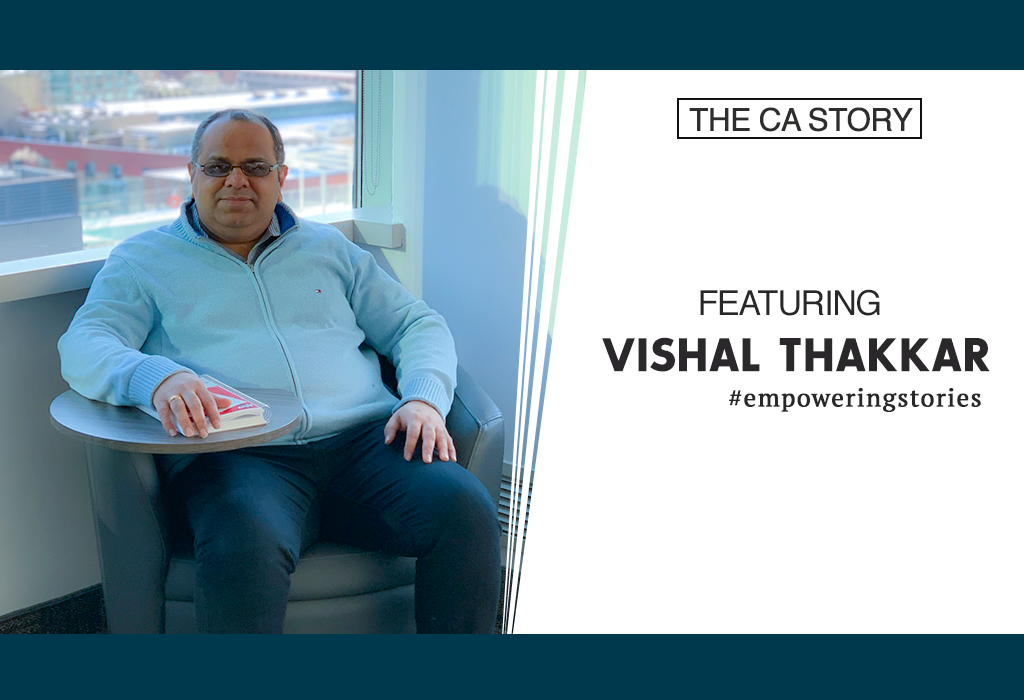 Moving to a different country is always a difficult process and cultural differences remain the biggest challenge.

Respecting every culture and the laws of the land makes the transition smoother.

It is normal to be homesick because all family members and friends are thousands of miles away. It happened to me when I first moved to Ghana. I used to miss my family and my friends so much that I almost thought of quitting.

I remember when I just joined Olam as a trainee the company disallowed any leave during the first nine months and just then my best friend announced his wedding. Rightfully so, he was furious that I was unable to join him on the biggest day of his. This remains my biggest regret until today.

It involves a lot of personal sacrifices but the learning is exponential.

To all the CAs out there, know that there is life beyond direct and indirect taxes.

If you do not want to be a specialist, it is okay to be a jack of all reads. In fact, that comes highly recommended.