How this CA started his career at an early stage startup in 2012 and is now Financial Controller of a Unicorn Startup, ShareChat

This Chartered Accountant took the risk and worked at an early startup as a CA fresher instead of aiming for a job at a Big 4 accounting firm. Here is how it paid off.

Becoming a CA against all odds

Growing up, life was not easy. I was born in the holy city of Varanasi, India.

In 2003, when I was 13 years old in search of a better livelihood, we moved to the city of dreams, Mumbai where our family of five lived in a small 200 square feet room.

Here my father was a hawker, working his fingers to the bone to make ends meet.

Obviously, the living conditions were not ideal there.

As I grew a little older, I would bring extra cash to help my family by setting up a stall to sell nimbu pani (lemonade) in the scorching summer heat.

Unsure about what to do after high school, the commerce stream seemed ideal.

After some introspection, I decided to become a CA and in 2007 I enrolled for the CA course from ICAI (The Institute of Chartered Accountants of India).

Luckily, to become a CA in India you do not need to be rich; all you need is ambition, diligence and self-study… which I had in abundance.

After completing articles at a mid-sized firm and my industrial training from Deutsche Bank, I finally qualified as a CA in 2013.

A big achievement for a boy who had no luxuries but just a determined mind growing up.

In 2012, while I was still studying for my CA Final exams, CouponDunia (an early-stage startup back then) was looking for someone who could manage their entire finance function.

The job role really caught my attention and I applied for the role… and got selected.

I clearly remember trying to grasp the role. It involved a lot of unlearning of the best practices of business which I was taught during studies and articles.

Working with the startup founders closely taught me to look beyond finance and pushed me to think beyond the pre-determined lines. It taught me how to brainstorm and ideate. It also gave me the freedom to make important decisions.

I had no clue what use cases and user behavior were, but I gained an in-depth understanding of the concepts along with leadership skills, monetization and organization planning. The learnings were what kept me motivated.

I was enjoying my journey so much that even after qualifying as a CA, I continued to work here.

Not even for a moment did I consider applying to a large corporation or a Big 4 Accounting firm.

Two years later, in 2014, Times Group acquired CouponDunia and I got the opportunity to work on the Mergers and Acquisitions (M&A) process.

What an extraordinary experience at such a young age!

Getting an opportunity at ShareChat – Unicorn Startup

Since 2012 the startup ecosystem itself was evolving at a rapid rate and my confidence in startups grew stronger.

Over the years I worked with various startups to name a few TrueCaller, Box8, Chillr and a few more.

In 2020 after 8 long years of working with early-stage to growth startups, I decided to take an entrepreneurial route and launch my own consulting firm “Consult CXO”.

Unfortunately, the launch date was 25th March 2020, just a day after the first phase of Covid Lockdown started in India.

The economic situation was not looking anywhere good during those times and specifically for a new setup, it was super difficult. So in the month of September-2020, I started looking out for a suitable opportunity.

Sharechat had recently launched a new product “Moj” and they were looking for expanding their team. I was the most suitable candidate for them and for me, it was the same sort of work at a higher scale.

I joined them as a Finance Controller.

As of today, Sharechat is the market leader in its own space, valued at USD 3.7 Billion.

Somewhere in Feb'22, we announced the acquisition of MX Takatak. This was the third time I was part of an M&A deal.

When I look back, I can proudly say that the decision that I took as an inexperienced CA fresher certainly paid off.

Wondering if you should join a startup or a well-established company?

Honestly, I used to ask myself - “Am I doing the right thing?” or “Should I pursue bigger opportunities?”

Gradually as I worked with one startup after the other, enjoying every bit of the startup environment, the answer became clear to me.

The biggest challenge that I faced while working at startups would be familiarizing those founders with the financial language. I noticed that a majority of the young founders, who have a tech background, are clueless when it comes to finance.

I also had to explain to them why compliance was crucial for their business.

I believe as a CA, the number of things you would learn while working at a large company in a span of ten years could be achieved in a startup within just five years.

In large organizations, you work in either taxation, audit, or Financial Planning & Analysis (FP&A). However, in a startup, your role is not limited to just one function. You would probably handle all the above-mentioned areas by yourself and it might sound overwhelming, but that is how you would grow.

You have to understand the business in and out, and not just your role in the finance function. I would say learning about the basics of the business was challenging.

Furthermore, the work environment in startups is mostly casual, so you would not have to worry about putting up a formal appearance at all times.

Salary at a startup

Contrary to popular cases, my salaries from startups were relatively handsome. That was the icing on the cake. I have never landed in a situation where my paycheck was pending.

As far as my job security was concerned, I was not quite bothered about it.

Finance professionals have the privilege to have all the information on the company’s cash position, cash balances, as well as the organization’s goals. So, generally, if the financial situation of a startup does not look good we can foresee it and make the decisions in advance. We are lucky in a way!

When it comes to negotiating a salary, you should ask for salary as per the market value (irrespective of the funding status of the company) considering your skills, knowledge, and experience.

ESOPs are the differentiating factor while working with startups and you should definitely go for it.

A lot of startups encounter a negative cash flow situation... so you make your decision as per your risk appetite. 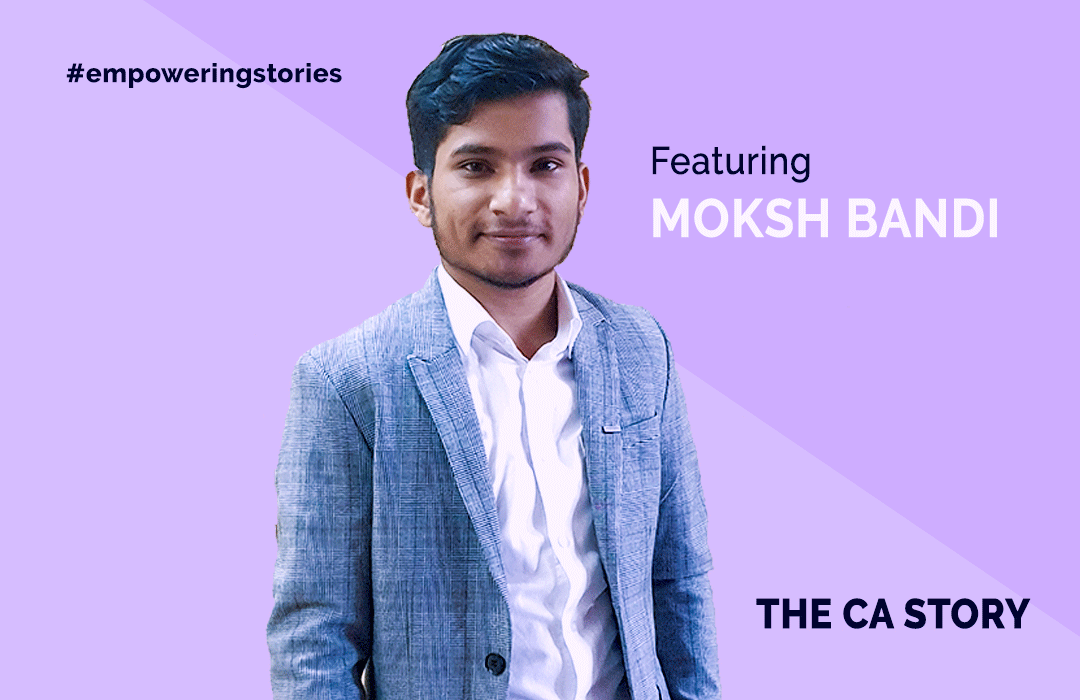 Back in 2012, a majority of the Indian population did not even hear of the term start-up… Let alone working at one. When I used to tell my friends or family members that I worked at a startup they would just look baffled.

They wondered that as a CA, I was supposed to work at some renowned corporation or maybe a Big 4 firm. Not to mention it was awkward sometimes, as they probably had not even heard the name of the startup. However, the last two years have changed the whole gamut of the startup ecosystem drastically.

In 2021, only India gave birth to 42 new unicorns, and around $38 billion of funding has come towards the Indian startup ecosystem. Even a few companies such as Zomato, Nykaa, Paytm went public.

The government and investors are looking at the Indian startup ecosystem with great hope. After airing Shark Tank India, it has become a common topic of discussion among the public as well.

It’s true that joining a startup can be a fun, smart, and even life-changing move. But not all start-ups have the ambiance (or the budgets) of unicorn tech companies, and not all are run by a visionary who can put you on the fast-track status making you a millionaire overnight.

Even today, the statistic says that about 90% of startups fail. Therefore, if you are serious about taking the startup route, then joining a funded startup would be wiser.

You need to assess your risk appetite, do not move to a startup because it is a buzzword. This world is definitely not for everyone.