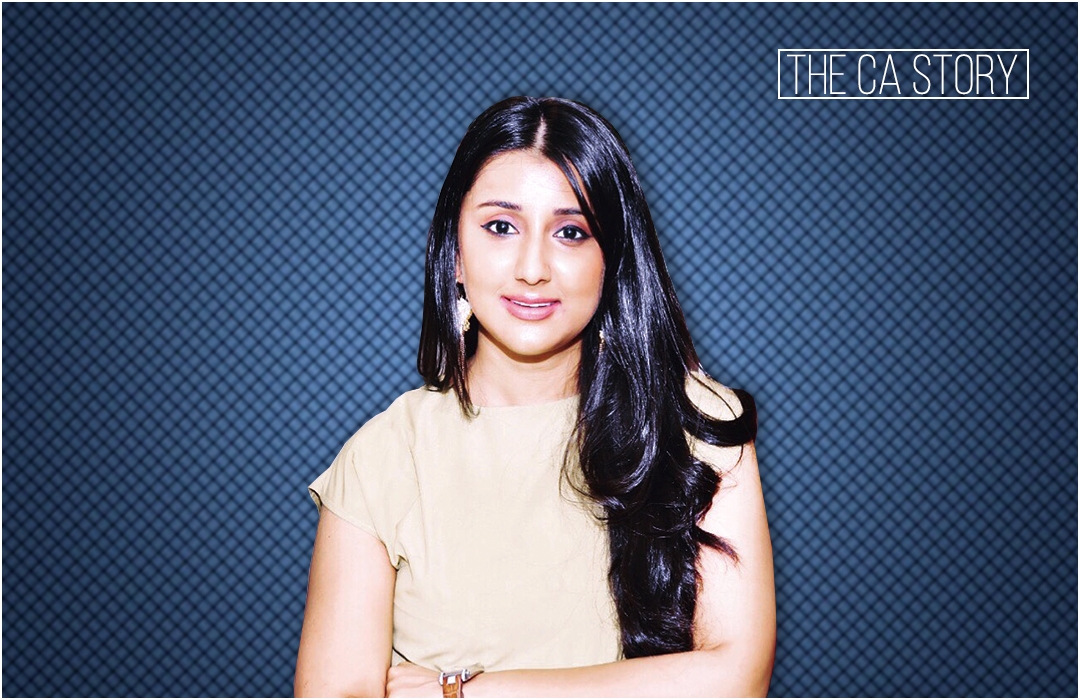 Is there an age to start your own venture? People say: “Gain some experience. Have some expertise. And then take the risk.”

Well! This girl knows no such people. Led by her innate entrepreneurial spirit and encouragement from her parents, she quit CA temporarily and started her own company at a young age of 24.

Founder and Director of JOP Network Pvt. Ltd - a home-grown, high-quality content company in the fitness, health, and entertainment space - this girl is breaking grounds with her fearless leap.

Meet Urvi Agarwal who was bold to follow her heart and chase her dreams. Today JOP Network currently caters to over 25 million viewers across 30 countries.

Here is her story.

I never wanted to do accounting. After school, I was keen on making a career in the creative field and wanted to study design.

But despite being good at arts, I totally messed up my NID entrance exams. I was highly disheartened and felt that I needed to take a different direction.

My father suggested me to take up Chartered Accountancy because he felt that I was good at Maths and Accounts. And I did just that. Yeah, it was that quick a decision. No second-thoughts. Nothing. Just like that.

For my articles, I joined the Audit vertical at Ernst & Young, Gurgaon (India). But, soon after, everything felt overwhelming.

Like I was dragging myself forcefully to work. Life just felt heavy. I was not meant for the number-crunching, clerical type of work. I knew I didn’t want to be here.

Finances did fascinate me. But I wanted to do more than just taxation or auditing.

I wanted to do something spontaneous. Something that required me to think on my feet. Something in which I didn’t have to follow some monotonous procedure, or system.

I could be myself there. Not here. And certainly not in auditing.

So, after many rounds of interviews and discussions, I switched to the Investment Banking vertical in EY. I joined the Media, Telecom and Technology (mergers and acquisitions) team. And I had finally found my place.

From researching to pitching, finalizing the business strategy and even, financial planning, I was doing it all. And then, the media and entertainment domain caught my attention.

Everything changed after that. I was never the same.

How I Launched My Own Company

It was 2010. The health and fitness industry was booming.

People were becoming more aware and concerned about their health and well-being. Gyms were opening up in every nook and corner.

Lifestyle channels on TV started showing shows on yoga and fitness. YouTube was flooded with content on health. The views were reaching millions - that means, people were consuming such content. And they wanted more of it.

But, there was a problem. The available content lacked proper structure and clarity.

On researching about it, I found that there weren’t many TV channels on lifestyle which catered to specific content needs of the audience.

There was a gap between the content that was out there and content that people actually wanted. This had to be bridged.

During my stint at EY, I met many industry experts and discussed my ideas with them. They saw a lot of potential in what I was proposing.

That was it. This was my opportunity.

I discussed the idea with my father who boosted me to take it up full-time.

Getting Funds For My Start-Up

Okay! So, here’s the real thing: Thinking of starting your own company is easy. Starting it is challenging.

The major concern - Where do I get the funds from? You need money to run your business, don’t you?

My family supported me by providing the funds that I needed. Think it was that easy? NO! It was NOT easy.

My family had invested in my venture. And they were putting a really big amount of money at stake here.

THIS. WAS. A. HUGE. RESPONSIBILITY.

I had sleepless nights! How could I not? My parents had put their hard-earned money at risk - in a venture that would or would not work.

And, it wasn’t just about the money. It was about the trust they had put in me.

They had invested INR 7 crores. 7 CRORES! This equals to about ONE MILLION DOLLARS!!!

So, yes. It was huge. More so, because I was just 24. How could a girl that young be entrusted with a funding that big?!

But, my parents saw something in me which I didn’t see in myself. They placed their confidence in me and my idea. They saw potential. They were sure.

And I grew my business. Gradually. Consistently.

Challenges Faced As A Founder And How I Overcame Them

I found JOP Network when I was 24. At that point, I was considered “too young” and “inexperienced” to be driving a project of this magnitude in a room full of “aged” and “experienced” men.

People my age are interning at some company or starting as an associate. But, here I was - starting my own company, presenting my ideas and speaking about the project that had a lot of potential.

I knew this was going to be something big. And I was ready for it.

Our company was a young, dynamic one as compared to the other ‘age-old’ giants in the entertainment business. Plus, there was a 24-year-old girl leading this. We had to fight harder to prove ourselves. This had to work.

Challenges were our stepping stones. Hearing a ‘no’ or ‘we’ll call you in a few days’ boosted us to work on our offerings and as a company. At every step, we learned, improved ourselves and powered through.

The media and entertainment industry is constantly evolving and changing. As a company, we have to constantly keep ourselves updated and abreast with the latest happenings.

It has been 5 years since we started. Yes, we have covered some international markets. Yes, we have a solid base here in India. Yet, we still hear ‘no’ and we are still learning and improving… everyday!

Here are my tips for anyone who feels even a tad bit unsure of themselves:

What We Worked Towards?

Taking Over The Indian Market

JOP Network currently caters to over 25 million viewers across 30 countries.

The majority of content continues to be conceptualized and curated by me. I direct most of JOP Network’s signature shows like Fitness & Beyond with Kitty Kalra, Working Out Right with Viren Barman, and Box Your Way to Fitness with Boxfit, among others.

Business is not a cake-walk. It can never be. But, you know what? You can do it too.

Have a solid idea and amp it up with your research. Be sure about the numbers and see how it all looks on paper (and not just ideally). Consult some experts. Learn from their experience. If things seem to work together, just go for it.

Here are my pillars of success that supported me during my initial days and keep me going still:

Things are hard only until the time you think they are hard. Work towards them and they start getting easier. And before you know it, you’ve done it all. Give it a try. You’ll not be disappointed.

I really believe in destiny and the power of karma. Do the work in the best way that you can and leave the outcome up to the divine power.

Looking back, I am filled with gratitude towards my family, friends, colleagues, and everyone who has made this journey possible and amazing.

I am also still pursuing CA from ICAI.

Do we feel accomplished? Never. We have just started, and are far from the finish line...

If life gives you lemons, make lemonade. Drink a glass and sell the rest. That’s how entrepreneurs are. They see opportunity in everything.

We are eager to know your story in the comments.