My Journey from Quitting CA, Becoming a Filmmaker & Directing a Web Series That was Featured at the Cannes Film Festival 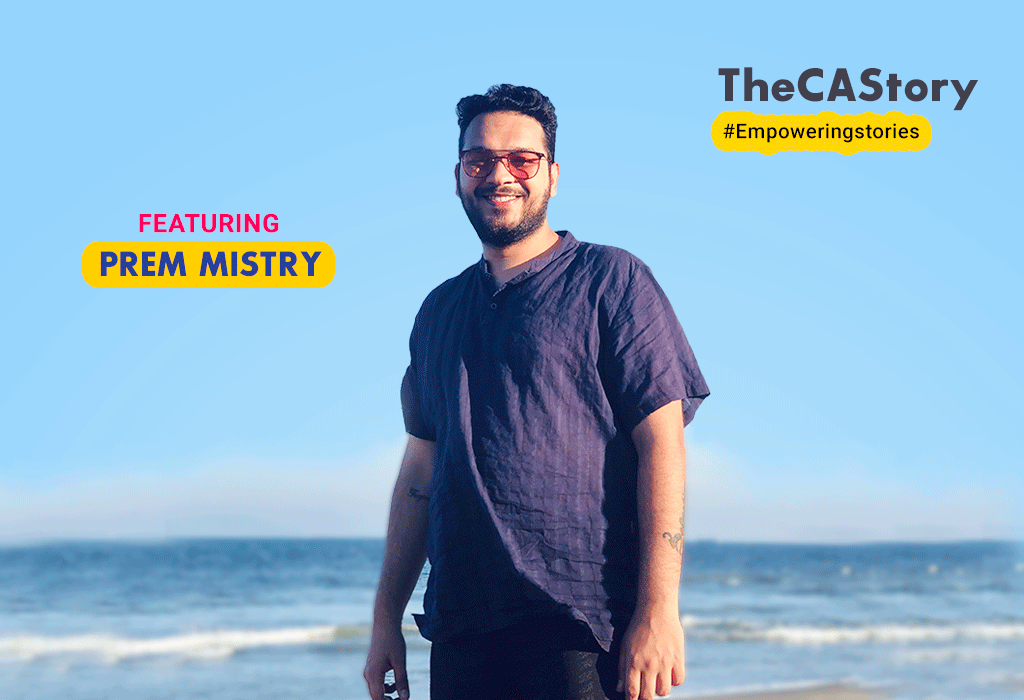 After my 12th standard boards (I scored an 80 plus), my dad asked me what I was planning to do next.

I had no hesitation and promptly answered, “Chartered Accountancy. Everyone is doing CA even I will do CA."

Of course, my dad was very happy...after all CA does have a great reputation!

With all my friends, I enrolled for CPT (first level CA) and cleared it easily. Then came IPCC (the 2nd level CA exam).

During this time, my routine was - wake up early, attend college, then head to the coaching institute and then back home! This continued for a few months!

I soon realized...this is not what I want from life!

I knew in my gut I did not want to be a Chartered Accountant....but again, I did not know what I exactly wanted to be!

So even if I quit Chartered Accountancy I would have nothing else to do!

Realising 'Movie Direction' is my area of interest

I did believe that education never goes to waste...so, I continued pursuing my studies to become a Chartered Accountant.

However, my interest in the course was waning day by day and it was quite natural that I started bunking class...and watching a lot of movies.

There was a moment of epiphany when I realized that I had started watching movies in a different way.

I was observing the minute details in filmmaking, this continued for a good one year.

In the meantime, I continued my CA journey and appeared for IPCC exams. In the first attempt, I could not clear the exams...and I had lost interest in studying further!

But given my confused state of mind, I started studying again for the exams and cleared one Group this time. I knew if I give another chance I would have easily cleared group 2, passed the exams and moved on further with my CA journey!

I think it was around this time that I realized that even if I qualified as a Chartered Accountant, I would never do anything related to that profession.

Also by now I was very sure about one thing...I was not cut out for a 9-5 job wearing formals sitting in an office! 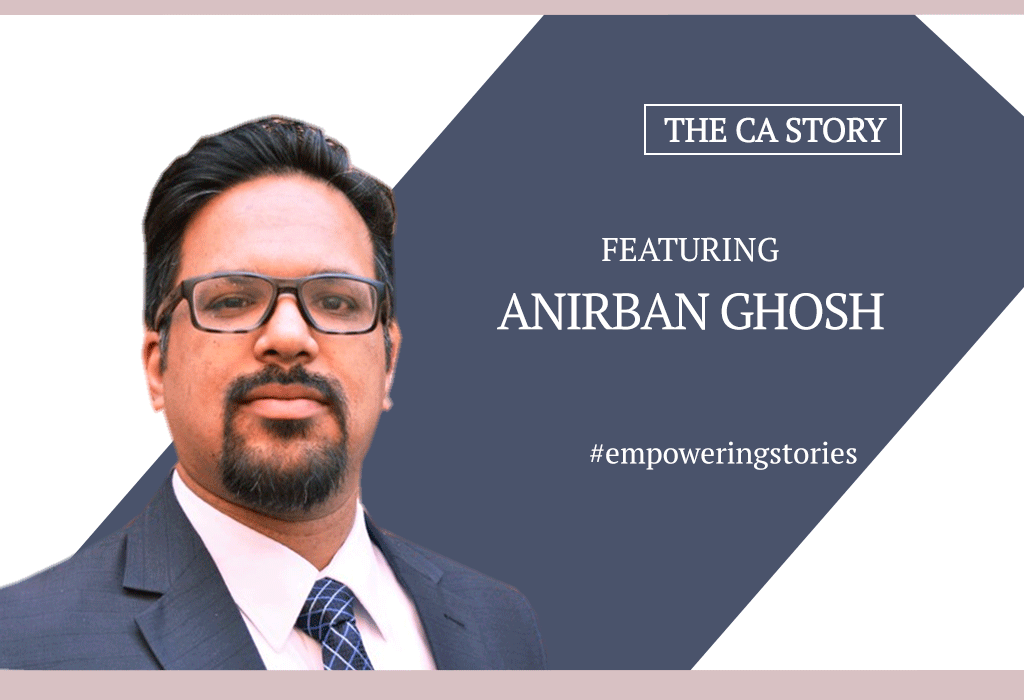 If You Quit CA Midway, You Can Still Succeed By Taking Alternate Career Paths. Here's My Story.

Finally dropping out of CA to pursue my dream

One day, I sat with my Dad and told him, “Till now I did not tell you that CA is not for me as I was not sure what it is I want. However, I now know my calling is something to do with 'MOVIES'”.

Needless to say, my dad was speechless!

My mom, dad, uncles are all engineers and in fact, my grandmother is a CA! So, to say that Dad was pretty shocked on hearing that 'MOVIES' is my calling is an understatement!

A few weeks passed and I again stressed to my dad about pursuing my dream...to my delight, my dad was very supportive!

He had just one piece of advice, “I know you are a bright child so pursue what you want with all your heart but no backing out!"

And here started another interesting journey!

Carving my own path: Becoming a self-taught director

When I said ‘Movie Making' and NOT CA, it meant that I wanted to pursue my studies at a school that teaches how to direct a movie!

So, I started researching schools that teach direction.

Now my dad could get me into a 'private filmmaking school by paying thousands of dollars'....however, I did not want him to do that!

As it is, I had dropped out of CA to pursue a field full of uncertainties! So, I decided to join Satyajit Ray Film and Television Institute that is run by the Indian Government!

I even got selected to join Satyajit Ray film academy...I cleared all the selection rounds and was selected for the final round (out of 10,000 applicants 12 were shortlisted).

However, because of all the 'Quota Systems', I did not get through!

I was very upset and hurt...however, there was nothing I could do about it. So, I moved on, and decided to LEARN while WORKING. 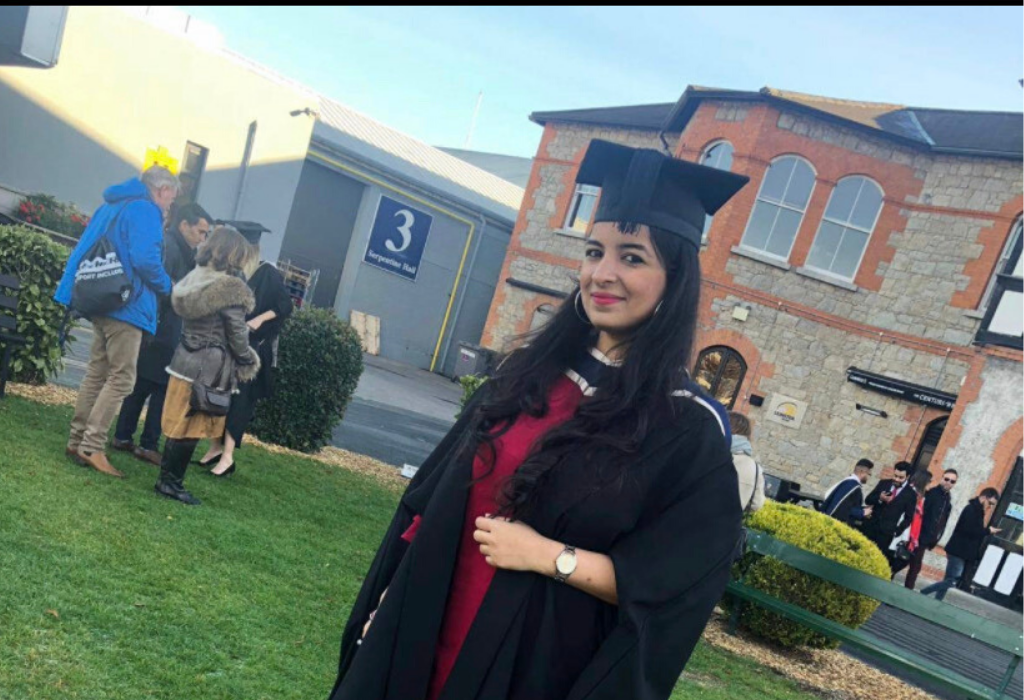 Braving Failures, I Moved to Ireland And Decided To Be My Own Cheerleader Starting my Career All Over

Success in my first short film

By this time, I had also made my first short film which ended up being screened at MAMI and Asia Film Festival.

I was now confident that I would get so many opportunities in the film industry and that life was going to be amazing!

However, then reality struck. No opportunities came knocking on my door.

I realized that the only way I could make it big was through a lot of struggles. If I want to do something, I have to slog my way through. There was no shortcut to success. PERIOD.

Every morning for almost 6 months, I used to stand outside big production houses like Yash Raj, Balaji, etc...I would meet people and ask them for a chance to direct a movie!

It was tedious and frustrating, just standing and telling them that I could 'Direct' well if given a chance....however, no opportunity was coming my way!

One day I was going through YouTube and I stumbled across a TVF (THE VIRAL FEVER) video...I went to the site and saw that they needed an intern! I applied for the same and luckily got selected!

After 3 months of interning, I was doing the production design for a lot of TVF’s content and in a few years grew well in my career to becoming a Director at TVF!

In fact, my first web series under TVF Originals 'ImMATURE' got selected at Cannes.  Back then, it was the only Indian web series at the CANNESERIES Digital -- a competition dedicated to short formats -- that will compete against such series from the US, Canada, South Korea, France, and Spain.

And yes I still have a long way to go and every day has its new challenges but I keep going!

"Did pursuing CA for a while help me?"

The little of the CA course I studied has changed the way I think!

We work on a shoestring budget and at the same time, we have to keep the audience engaged, else they will move on.

It is here that all the fundamentals of accounting, costing, etc. came to my rescue. So basically, thanks to the CA studies, I understood Law, Accounts, Costing and was able to apply my knowledge here.

Yes, the ACCOUNTANT in me comes alive when we work on budgets, costing, allocation of funds etc.

"How do I react when people say-You Quit CA?"

Quitting is when you are running away from something which you believe is good for you.

Basically, you are surrendering under pressure to your weaknesses instead of working around it!

Quitting because you have to go through tough times is NOT the right thing to do.

However, dropping out is different! I dropped out from CA to pursue something I LOVE.

Also, I left CA only when I knew what I wanted to do next! I did not drop out from CA to just sit at home chilling hoping that magically an idea will show up.

I dropped out and CHASED what I wanted.

"Challenges as a director?"

The dream of being a director is very easy to give up when confronted with challenges and failures. Had I not been in love with filmmaking, I would have given up a long time back.

We all face challenges, it’s ALWAYS about finding 'THAT NEXT PART'...it might come in a day or a year but IT WILL COME IF YOU REALLY BELIEVE.'

Prem Mistry started his career with TVF and grew to become a senior director at the age of 24!

Over the years he has done a lot of interesting things from working on Pictures, Permanent Roommates, making funny sketches, music videos, more funny videos. etc. As of now, I am working on my first web series under TVF Originals, let's see how that turns out.

In fact, his first web series under TVF Originals 'ImMATURE' got selected at 'Cannes'....back then, it was the only Indian web series at the CANNESERIES Digital

You can reach out to me on FB and Instagram Prem Mistry.

If you are considering to quit CA/ CPA or anything do you know your 'WHY'?