Alibaba and Ant Financial departed Paytm Mall, lowering the company's valuation to an all time low. 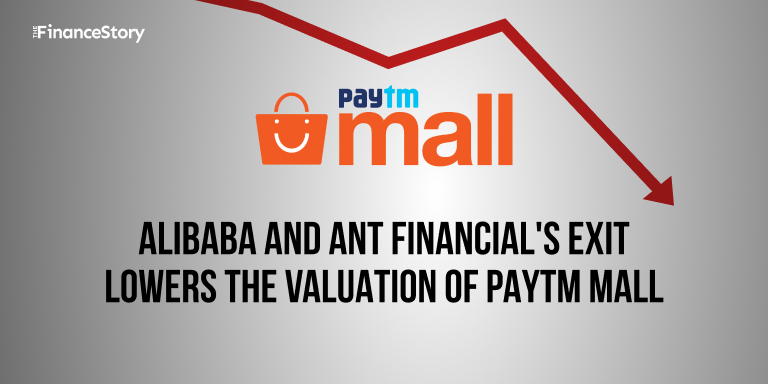 According to a news source, Jack Ma's Alibaba and Ant Financial departed Paytm E-commerce Pvt. Ltd, the parent company of Paytm Mall. Those were two of the early investors of Paytm Mall.

The online consumer marketplace did not reveal the current transaction pricing in detail.

But a notice sent to Paytm Mall shareholders claimed that Alibaba and Ant Financial who held 28.3 % and 15% stakes in the company respectively are quitting the company with a secondary share value of Rs 459 per share.

However eBay, Elevation Capital (previously SAIF Partners), SoftBank, and other investors will keep their holdings at Paytm Mall.

Paytm Mall was valued at significantly less than $1 billion in 2022, down from an estimated $3 billion in 2020, according to the Hurun Unicorns list.

Paytm Mall stated that it is shifting its attention to India's Open Network Digital Commerce (ONDC), with a greater emphasis on e-commerce exports.

Paytm Mall believes in its new strategy and is hopeful that the other investors of the company, such as SoftBank, Elevation Capital (previously SAIF Partners), and eBay, will stay with them.

Instead of traditional e-commerce, Paytm Mall announced that it will shift to ONDC as its core emphasis and explore the potential in the exporting industry.

This action will allow the company to build a long-term sustainable business in conjunction with ONDC.

This will strive to foster transparency for small businesses and try to standardize the buying and selling of commodities in the Indian market.

One 97 Communications Limited, the publicly-traded company provides services to PEPL.

But it does not own any shares in Paytm Mall's parent company. PEPL is also not a member of the OCL group.