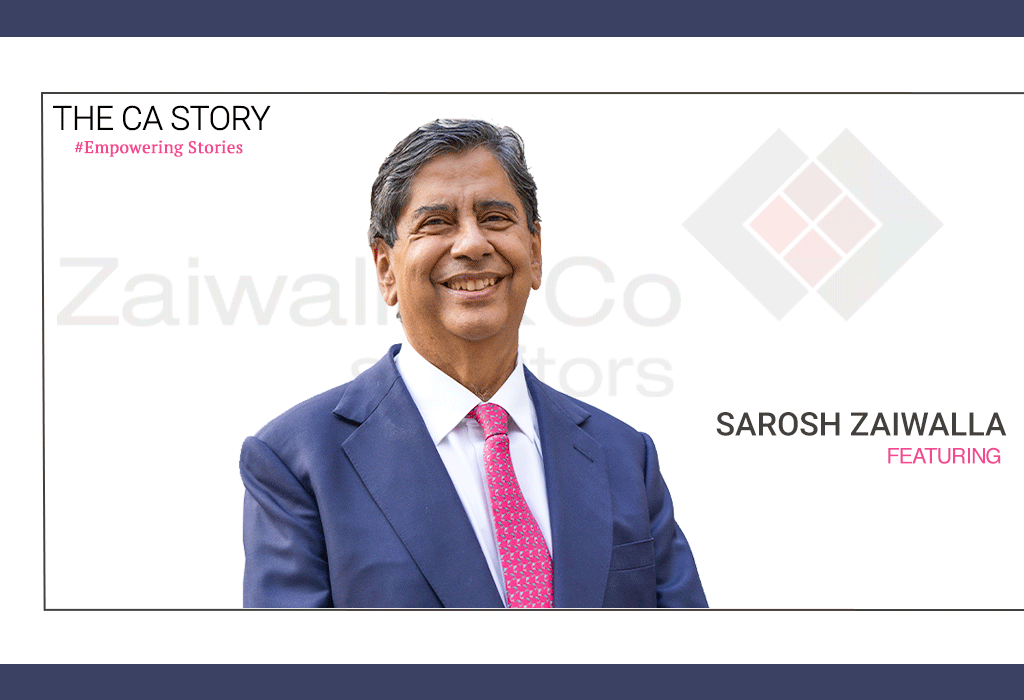 Growing Up in A Progressive, Empowering Environment

I was born in Mumbai, India into a family of six, with myself being the fifth born.

By the time I was born, my father was already over 50-years-old, and despite having four elder siblings, often I was on my own. This did help me realise early on that I needed to be independent.

My father was a solicitor who had qualified in London and for that purpose, he lived in London for a few years before moving back to Mumbai, India and starting his own Law Firm. So, growing up we followed a western culture. For example, we spoke both Gujarati and English at home.

My love for reading started in school. I enjoyed reading biographies of successful personalities. In fact, before I became a teenager, I read these two books several times ‘How to Win Friends and Influence People’ by Dale Carnegie and ‘Autosuggestion’ by Emily Coue'. When I think of it now, I realise how books have shaped my life.

I also developed a keen interest in politics in India and in world affairs. In school, ‘the only subject which really engaged me – apart from cricket – was politics. I was always a bit of a revolutionary. I wanted to change the world and make it more egalitarian’.

Changing Lanes: From Studying to be Chartered Accountant to a Lawyer

My father was a solicitor and by then my three elder brothers had already become lawyers. So, I decided to pursue a career outside of Law...I decided to become a Chartered Accountant.

I registered for the Chartered Accountancy course at ICAI (The Institute of Chartered Accountants of India) and started with my articles training. I recall my ever first air flight was going with the audit team from Mumbai to Cochin by Indian Airlines…it was so exciting!

In fact, I even completed my articles training as a Chartered Accountant, but then I decided that accountancy was not for me (since my career goal back then was to enter into politics and become the Prime Minister of India)...so I switched to Law!

And here started my journey in Law.

Forging My Own Path: Moving to London and Starting my Firm

1972. Once I got my law degree from Government Law College in India, I decided to qualify as an English solicitor and came to London to study further.

I successfully passed my solicitors exam but had to go back to India for a few months to await the work permit that would allow me to work as a trainee solicitor in London.

During this short period, I worked in India as well.

After I passed two of my solicitor exams in London, I got my work permit as a trainee solicitor and returned to London with just £60 in my pocket. As a trainee solicitor, I enjoyed my time at the law firm Stocken & Co and wanted to continue working in international cases, which usually are handled by big firms, normally referred to as ‘Magic Circle’ Firms.

As destiny would have it, at the end of my solicitor’s training program my mentor, Cedric Barclay, an eminent international maritime arbitrator, offered some advice: "You’re smart and good. In a big firm, a senior partner will take you for lunch at the end of your first year and say, 'Good job, old boy.' Every year, he’ll take you for lunch again and say the same thing. You will still be there while others are going forwards."

He told me that the colour of my skin would hold me back in the mainstream firms. I took his advice and recognised that if I join an established UK law firm, my progress would be very slow.

Within a short 7 days of qualifying, using an £10,000 overdraft from NatWest bank, I started my own firm: Zaiwalla and Co, in a one-room office.

Challenges and Successes on The Way

In 1982, when I founded Zaiwalla & Co. Solicitors in London, it was the first English solicitors firm in the one square mile financial district in the City of London started by a solicitor born in India!

I received a lot of support from the native English community who considered my action to start on my own as 'brave'.

Also, I decided very early on that I was going to be myself and not pretend to be what I was not...so, I kept my Indian surname and also my Indian accent. I also found the British people to respect me for keeping my 'Indian name and accent and for being myself'.

It was not all plain sailing but I found the English legal profession and the judiciary to be respectful of my integrity and honesty, and I found no difficulties with my fellow lawyers or the judges.

Getting my first big break? When my firm first started, India was going through a famine and had foreign exchange scarcity to buy food for the international market to feed its population. So, the then President of the USA, Lyndon B. Johnson donated a large tonnage of wheat, free of charge, to India under what is known as the USA PL 580 Scheme.

Under this scheme, India got wheat grains, but India had to charter its own ships to load the wheat from US ports to India. This meant that India could charter 150-200 ships a year to carry free wheat to the Indian ports and this involved many cargo and demurrage claims, which were decided by arbitration courts in London.

I was lucky to be appointed solicitor for the Indian High Commission in London…this meant that I became the Indian Government’s solicitor soon after I started. This gave me a tremendous break!

Lessons Learnt on the Way

Be Authentic. I was once asked on a TV interview in the UK 'why I chose to not anglicise my name as other Indian solicitors had done'.

My answer was 'that my success was due to me keeping my Indian identity as the British people respected me for being myself'.

Do not complain. Turn Challenges to Opportunities. There were many challenges, but I decided to not complain about them. Instead, I faced these challenges by ‘finding a way to overcome them’.

As part of this purpose, I created 'a safety' for myself by actively befriending those in high office in London. Many of these friendships happened by chance.

For example, when John Major became the Prime Minister, my advice was sought and I was instrumental in suggesting that he should host a dinner for the non-native business leaders at 10 Downing Street. This led to a friendship with John Major and other British ministers. These friendships gave me the opportunity to travel with the British Ministry team overseas from time to time.

Stay Focused. It is said that the law is a 'jealous mistress'. If you become a lawyer, you will need to make a full commitment to do your honest best for a client.

Be Honest. Be Bold. The advice I would give to young lawyers is to keep in mind that ‘law is for justice and not justice for law’. It is important that you have the ability to refuse the case where you honestly believe that the client has been dishonest with the opponent. I have always followed this practice.

Think Out of The Box. Also, the approach to law should be open for some out of the box thinking to meet the means of justice. Most importantly, a lawyer or for that matter any professional must show complete integrity along with 'silent courage'.

The secret to success is 'professional commitment at the highest level with complete integrity and keeping one’s word'.

From my years of experience, the five qualities that professionals like CA’s and lawyers must have are:

My memoir titled ‘Honour Bound: Adventures of an Indian Lawyer in the English Courts’ was published by Harper Collins India in mid-December 2019.

In this memoir, I look back on my passage to England at a time when diversity had barely begun to take root in England's legal circles, to now leading a groundbreaking law firm. This is a story of a solicitor who made his way on his own terms, with creativity but without ever compromising on his values.

Zaiwalla & Co Solicitors is the first law firm in the one square mile financial district of the City of London started by a solicitor born outside of Europe. 95% of our clientele are based overseas. Our firm’s specialty is international arbitrations and high net worth commercial litigation. There are over 126 reported judgments in the English and international Law Reports where my firm’s name appears as acting for one of the parties. We have an international reputation for handling difficult cases and turning them around.

At a very early stage after starting Zaiwalla & Co, I had the opportunity to interact with Tony Blair, a young lawyer, who had worked with my firm in a case involving a ship called La Pintada, where we were acting for President of India. The only time Tony Blair’s name appears in the Law Report was in this case where he was instructed by Zaiwalla & Co for the President of India. The Judgement 1983 28 1 Lloyds.