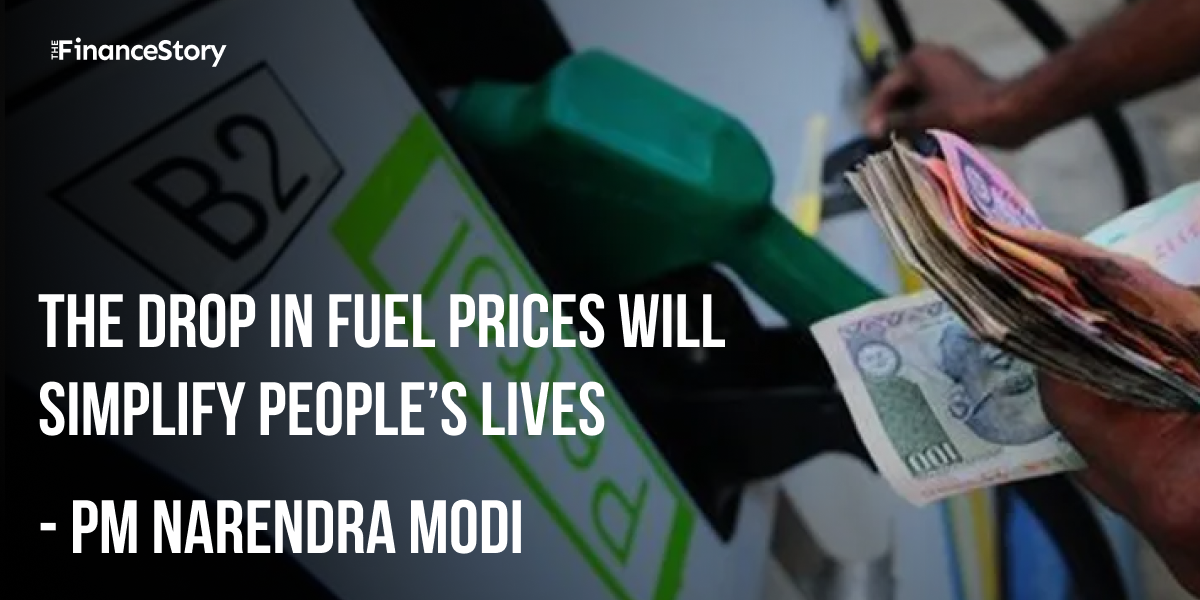 The cost of fuel will drop by Rs. 9.5 per litre, while the price of diesel would drop by Rs. 7 per litre, according to Sitharaman. It will cost the government roughly Rs. 1 lakh crore per year in income.

The authorities did it to alleviate the excessive gas costs that have additionally pushed inflation to multi-year highs.

Prime Minister Narendra Modi said last Saturday that the choices made by Union Finance Minister Nirmala Sitharaman, on fuel and diesel, as well as a subsidy on gas cylinders, show that his administration puts the people first.

It will positively impact a variety of industries, bring relief to our population, and promote 'Ease of Living.'

PM Modi launched the Pradhan Mantri Ujjwala Yojana (PMUY) on May 1, 2016, with the goal of providing LPG connections to over 50 million women that live Below Poverty Line (BPL).

Over 9 crore applicants of Pradhan Mantri Ujjwala Yojana would get a subsidy of Rs. 200 per gas cylinder (Upto 12 cylinders) this year. Finance Minister said that this will help the mothers and sisters of India.

The decision on the Ujjwala subsidy will help families save money, said Narendra Modi.

Sitharaman cited Prime Minister Narendra Modi's dedication to helping the poor and ordinary people, claiming that the amount of initiatives taken to assist these groups throughout his term has kept average inflation lower than under past regimes.