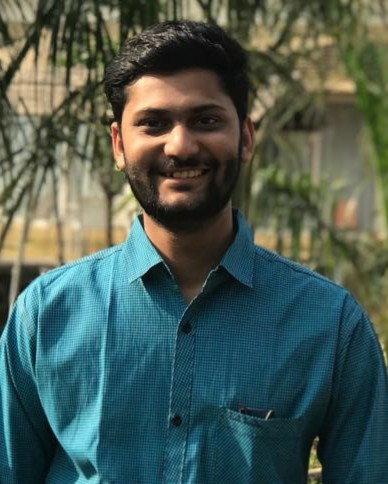 Semil is based in Mumbai (India) and is currently working in a Big 4 Accounting Firm.

Initially, I wasn't considering Chartered Accountancy (CA) as an option and was intending to pursue a career as a Company Secretary (CS).

I wanted to consider Company Secretary (CS) because I thought it was a bit easier as compared to the Chartered Accountancy course (I was in class 12 and had assumed that CS was easy. Later on in life I realized that even CS is tough!).

So that's how the journey of one of my biggest achievements began.

As per the syllabus of the Chartered Accountancy course from ICAI - The first level which I had to clear was CPT (there are in total 3 levels in the CA course from ICAI – CPT, IPC, and CA Final).

For CPT (1st level) - I wasn't so keen on performing well and my good score in class 12th exams had gotten me all the more laid back about it.

CPT is simpler compared to the other two levels so I cleared my CPT with a decent score of 118/200 without putting in substantial efforts.

Then came the next level - IPCC (2nd level CA exam consisting of 2 groups – Group 1 and Group 2. This is now known as IPC).

This exam should not be taken lightly and it is really important for one to study well for this exam.

It was the season of mangoes (It is one fruit which I cannot resist).

I used to have Aamras (mango juice) all day long and used to find myself sleeping and lazing around most of the time due to it.

Cricket is another thing which always has my attention and during the same time, IPL (Indian Premier League) was around the corner.

So this became my routine - Chilling all day, hardly spending 5 hours with my books each day.

This continued and before I knew – It was time for my IPCC Exams.

When it was the time for results, as expected, my laid back attitude and my daily chilling had gotten me into trouble - I FAILED THE EXAMS!

I fell short of 24 marks to clear the IPCC exams and ended up wasting 6 months!

I cried on the results day!

Honestly speaking I knew that this was bound to happen and deep inside I wished I had put in enough efforts.

Realizing my mistakes -  I decided to stand up, Learn from my failures and Think about the way ahead.

There was something I was doing wrong which needed some rectification.

This time I decided to double my efforts.

I made these changes in my study pattern:

I had decided this time, nothing doing - No festivals, no celebrations and no watching cricket during these 3 months.

My only goal was to clear the exams!

I had realized - Hard Work + Right Attitude = Key to crack this exam.

I literally forgot everything for a few months and made my books my best friend!

And I'm proud to say that despite the fact that this time the overall passing results were a percentage lower than my previous attempt (6%) - I cleared.

I scored exemptions in the first five (out of 7) subjects with the highest score in Taxation (71).

I still remember those days where all I used to do was - Eat, Study, Sleep, and Repeat!

All that I used to pray for was to get through those exams.

And I think the Almighty was pleased with my efforts and I got through in style!!!

After clearing IPCC, I had to start with a 3 years internship at a Chartered Accounting Firm.

After all this and of course religiously studying for 10-12 hours a day, without any long breaks in between, I was well prepared.

I thought I wasn't but at the end of it, it was more than enough.

After about 5 months of hard work, I appeared for my CA Final exam and I cleared the exams.

I was CA Semil Shah, a 22-year-old Qualified Chartered Accountant.

The feeling you get when your mark sheet reads 'PASS' is beyond what words can describe!

The only thing I could think of on the day of my results was how my hard work had paid off with such fruitful results.

Of course, my family and their constant love and support need a special mention here because without them I couldn't have been able to do it.

The belief that your loved ones show in you always adds up to your motivation.

I once again thank all the people who helped me in some way or the other.

Currently, I am working with one of the Big 4 Accounting Firms and looking forward to this new journey in the corporate world.

I hope it inspires you in some way and motivates you to work harder and put in more efforts to achieve your goals! Best wishes!! – he concluded.