The experts' views are diametrically opposed to the finance ministry's assertion in its monthly economic assessment that the impoverished are affected less by the inflation than the wealthy. 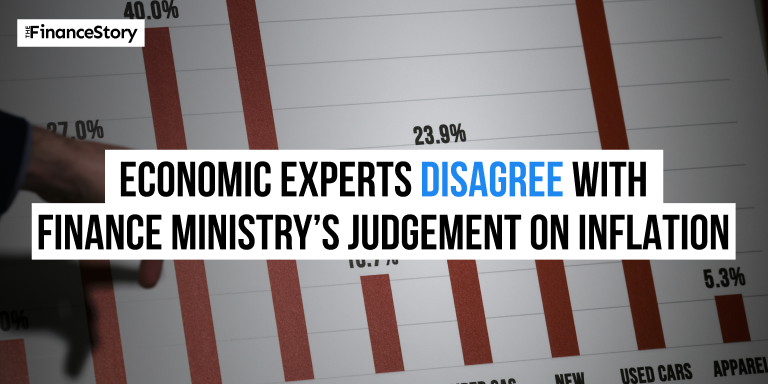 In April, India's inflation rate was 7.8%, far above the limit of what RBI had set for inflation.

The experts' views are diametrically opposed to the finance ministry's assertion in its monthly economic assessment that the poor will get less affected by inflation than the wealthy. In fact, they feel that greater inflation would hurt the poor more.

According to the report's findings by the Consumer Price Index, the reduction in effective inflation was not uniform in all expenditure categories but was more noticeable in the low- and middle-income households.

Thus low inflation has facilitated the transfer of earnings from the higher to the lower and medium-income households.

The review also stated that comparatively moderate food inflation buffered the lower and middle classes, whose primary expense is food.

This was not in favour of the people with lower incomes, who spend more money on food and transportation.

The National Sample Survey Organization's Monthly Per Capita Expenditure data, which is also utilised by the Department of Economic Affairs, gets released every 5 years. However, the results for 2017-2018 were not made public.

According to the data issued by the Ministry of Statistics and Programme Implementation, the total food and beverage basket has a weight of 45.86 percent in the Consumer Price Index (CPI), and food products have increased by more than 8% in April.

According to the graphic data of monthly consumption of food vs non-food items, Up to the 40th percentile in metropolitan areas, people do not spend on nonfood products as much as they spend on food products.

If prices rise, people may be able to cut back on non-food products but not on food. This means that if food prices drive inflation, the lower and medium-income groups would get hit the worst because food accounts for more than 50% of their spending, as it does right now.

Fuel inflation in India rose to 38.66 percent in April as a result of Russia's invasion of Ukraine.

If we consider current food inflation levels, the poorest 40% of each country's population experiences a 3 percent greater inflation rate than the top 60% of people.

The model also revealed that rising costs will inevitably aggravate global poverty levels. An additional 7.5 to 9.5 crore people might be forced into poverty throughout the world, say economists at The World Bank.

Low- and middle-income groups are more sensitive to inflation. 1 crore individuals are predicted to slip into extreme poverty due to the increase in food costs.

Malnutrition might spread among the poor owing to a lack of access to basic food, and its consequences on children would be difficult to cure, according to World Bank estimates.