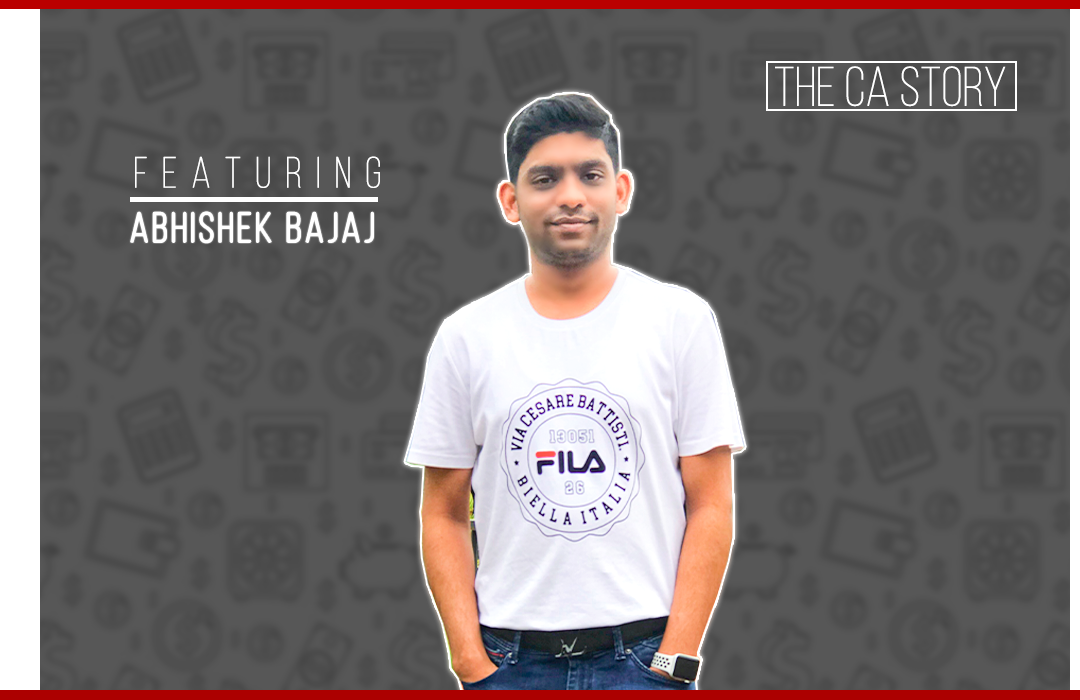 Humble Beginnings and The Initial Struggle

My journey has been full of surprises. I belong to a very middle-class family with my native place being Rajasthan (India). However, I was born and raised in the City of Joy Kolkata, India.

I started my schooling in a Hindi medium school in Kolkata. However, my mom strongly believed in the importance of good education and did everything possible to get me admission into an English-speaking school.

It wasn't easy as a better school meant more money but my parents did everything to give my brother, sister and myself a strong education.

If I am able to write this article today it is because of that one decision made by my family to put me in an English medium school.

This is something I really want to convey to everyone reading this:­­­

After finishing school, it was now time to get into college and I managed to get into one of the best commerce colleges in India St Xavier’s College, Kolkata.

In college, I interacted with students who knew what they wanted and most of them were guided by their well-educated family members. It was at this college that I got acquainted with CA and its importance. And this marked the beginning of my CA journey.

Challenges in my journey becoming a CA

My journey studying to be a Chartered Accountant was not easy. I took almost 4 attempts to qualify as a CA.

I cleared the first two levels (CPT & IPCC) in the first attempt and started with my 3 years of article training at a mid-sized firm Rustagi & Co, Kolkata (India).

To earn some extra money to fund my studies and other expenses I started giving tuitions as well. So for almost 3 years, this was my routine:

All of this really taught me to be strong and fight against all odds, come what may. Well amidst all of this, I also participated in other co-curricular activities like sports, debates, elocution, etc.

After three years of articles, it was time to give my CA Final Exams. It took me almost 3 attempts to qualify as a Chartered Accountant.

May 2014. CA Final first attempt. I failed that attempt. That was my first failure. It was painful and very upsetting. I decided to give my best and resume working. I studied after office.

Feb 2015. I decided to move to another CA firm in Kolkata (India) since I had completed my articleship at my previous firm. At my new firm, it got more difficult as I was no longer an intern. I was a full-time employee.

Most of my friends had already qualified as a CA and were working in MNC's, Big 4s and reputed companies drawing lakhs of rupees as income and here I was earning only INR 8K per month (almost $ 150).

I did feel left behind but these things never stopped me from achieving my dream. The societal pressure was at the peak. Some people made fun of me.

Even after all this, I never let my dreams go haywire.

May 2015. CA Final third attempt. In spite of all the negativity, I stayed focused. I would go to the office from 9 am to 8 pm, come back home in the evening at 9 pm, have dinner and study straight till 2 am in the morning. I would again wake up at 5 am study till 8 am and then leave for office. This continued for 3 months. I cleared in my third attempt.

Getting an Opportunity to Work in Thailand

A few days before my CA Final exams (my third attempt) I had a family wedding to attend.

Casually while talking to them I mentioned that I did not clear my CA Final exams and was preparing for the same. To my surprise, the MD replied - We have just inaugurated our plant in Thailand and who else for a better finance controller than you. Would you join us?

He further mentioned - 'We know you Abhishek, your degree will come sooner or later, we trust you and your knowledge. We need you and not your degree'.

As we say, destiny does change, and it did change for me. My brother encouraged me to take the opportunity and I confirmed my joining even before qualifying as a Chartered Accountant.

I appeared for my CA Final exam in May'15 attempt. And as promised by the MD, my tickets and visa were sent home by the 17th of May'15 and I left for Bangkok on 26th May'15. Thus, I was actually officially placed with the company even before I was a qualified Chartered Accountant.

I was now a qualified Chartered Accountant with a full-time job in Bangkok. My persistence and positive attitude paid off.

Finding an Opportunity in China - The Next Step

Well, time passed by and I continued working in Bangkok for almost two years.

While in Bangkok, I was an active member of The Indo Thai Chamber of Commerce and other such similar organizations.

At various forum meetings, I happened to meet a few people from the management of Indorama Ventures (it is one of the top companies in the world). With a dream to work for such an organization, I was browsing through their website and trying to understand the financials of the company.

Luckily, since the company is listed in Bangkok, the data was easily available and fortunately, the email ID of the Global HR Head was mentioned on the website.

Without any job openings mentioned or anything, I just emailed my CV to the head HR and expressed my desire to work for them.

To be honest, I was really not expecting any call or feedback from the company, however, this time again destiny had some other plans for me. After two months, I got a call from the AVP Global HR citing a reference to the email that I had sent to VP Global HR. (Whattt!)

They told me that they were really impressed by my CV and wanted to meet me in their Bangkok office for an interview!

Fortunately, I cracked the interview and was offered the job. But the opportunity was in China and I would be based at one of their largest PET sites which was in a very rural city.

I was excited and confused!

I took time off to analyze and see if the opportunity was worth leaving my life in Bangkok and settling in an almost rural area in China mainland.

From my analyses, the opportunity seemed worth it. I would learn - MIS, Budgeting, variance, Forex Management, Financial management, WC requirements and what, not on the list.

Getting this kind of experience early on in my career would be of great value. I did not want to lose this opportunity just because of the job location and said a BIG YES!

Well, that's how I moved from Bangkok to China.

"What are the Pays & Perks of Working in Bangkok?"

I had learned from my mentor (the owner of my articleship firm, Mr. Ramanand Rustagi ) that when starting your career one should look at the learning part and not the money part.

He always guided me and nurtured me from the very beginning to look for opportunities that would match my forte and then convert them into success points for the future.

To be really honest, the compensation I was offered for the job opportunity in Bangkok was something that I could get in India as well. It was nothing fancy from the monetary front but I knew the learning would be great.

Moreover, I would be getting exposure to different working cultures, habits and best work practices.

Thus, what I am trying to say is that we should look for opportunities and never weigh them in terms of packages in the initial years of our career.

"My Work Experience in Bangkok"

Things were not at all easy in Bangkok.

I was stationed on the site, which was very far from the main city (almost two hours' drive from Bangkok city). Thus away from all the luxuries of so-called abroad expat life.

With me being a vegetarian (not even egg), survival was not easy in terms of food. As the site was in a very rural area, almost all of the restaurants served non-veg.

The language was one of the most difficult barriers although we had some translators working for us however dependency could have only been temporary.

Slowly and steadily I learned a few Thai words and phrases, numbers especially as I was controlling finance.

Working with Thai People just gave me a different perspective to professional career wherein I learned:

Thai working culture, it’s a very woman-dominated workforce. Wherein very hard and tedious jobs (even in plant shop floors) are easily carried out by women. This was so inspiring.

That was how my life in Bangkok continued for almost 2 years.

I have seen tough days and failures too but what kept me going was staying focussed on my goals.

Failure is a given in anything you do. How you deal with failure and keep going is what matters.

Chase learning. To everyone out there, stop counting the number of attempts. It is good to clear in the first attempt however if you don't it's not the end of the world.

There will be many Managing Directors and Finance Directors who want your skills and not only your degree. So stay optimistic.

Do you know anyone working in China?

Have you considered working in China or Thailand?

Do you agree that Accountants have great demand abroad?