From CA to Celebrity Makeup Artist. How Ojas Rajani dealt with homophobic reactions while building a successful career.

Celebrity makeup artist Ojas Rajani started her career as a CA. Along the way she also had to face the stigma of being a homosexual despite working with many Bollywood and Hollywood celebrities.

From childhood, I was good at academics but loved experimenting with makeup.

At my aunt's wedding, I did her makeup also. Not to toot my own horn, but I did a fantastic job, that's what the guests said.

They were shocked and said things like “My God! How did he do such an amazing job at this young age, that too without professional training?”

But coming from a Gujarati family, it was considered taboo to style your hair and do your makeup as a man.

“Oh, he is so pansy”, “He is so flamboyant”, unsolicited remarks like these were pretty common. However, I did not pay much attention to all those belittling comments.

I was confident to the point of being so blunt that nobody had the guts to put me down. And even if they tried, just one glare from me was enough to put them in their place.

Everyone from my relatives, and my friends to my family members, respected me for who I am.

My father, Mr. Mahendra Rajani was my biggest supporter and the most loving human being. He had a Western background, which influenced my upbringing a lot.

My parents were my pillars of strength. They piped a lot of confidence to me and made me believe that there is nothing wrong with me, which is true.

My father was very keen that I finished my studies and pursue Chartered Accountancy. It was his dream and I had always wanted to fulfil it.

I graduated from Sydenham College located in Mumbai, where I topped my class. I remember the day when the results came out, my father was not sure what was going to happen.

Then when he came with me to the College and saw my name at the top of the list, he was so proud of me.

Life went on and I took up a corporate job. As a creative person, it was mind-numbing to sit behind a desk the whole day and do all the tedious work as a CA.

I was not happy.

One day, I gathered the courage to tell my father, “I am not going to work from tomorrow. You can kill me and throw me out of the house if you want, but I am not going back.”

My father replied, “Okay, fine. I am giving you one week to figure out what you want to do with your life.”

Eventually, I went to the US and enrolled at the Miami School of Hair and Makeup, which is called the Beauty School of America.

And I think that was the best decision of my life because I got to work with Britney Spears, Mariah Carey, Jennifer Lopez and the like.

Getting my break as a makeup artist in Bollywood

After finishing beauty school and working with Hollywood celebrities over the course of six-and-a-half years I returned to Mumbai for a short trip.

Once in Mumbai, I called up my photographer, Suresh Natrajan, to see what was going on with his life. He is a very talented photographer and we worked on a lot of projects together.

The next morning he had a proposal for me - “Urmila Matondkar is looking for a makeup artist for her upcoming movie. Would you be interested?”

I was supposed to return to Miami in 20 days so I turned down the proposal.

He insisted - “Just go and meet her. There is no harm in that”

Despite my reluctance, I grabbed my hairdressing and makeup bag and went to meet Urmila.

I had thought that maybe she would ask me for a makeup trial, but instead, she said “Ojas, Suresh Natrajan highly recommended you for this project, I do not need to have a trial”.

I was her makeup artist for the 1995 Bollywood hit Rangeela where she swayed everyone with her performance.

That was a pivotal moment in my career.

All thanks to my mum and dad for appreciating and encouraging me to stay back and take up all those projects. 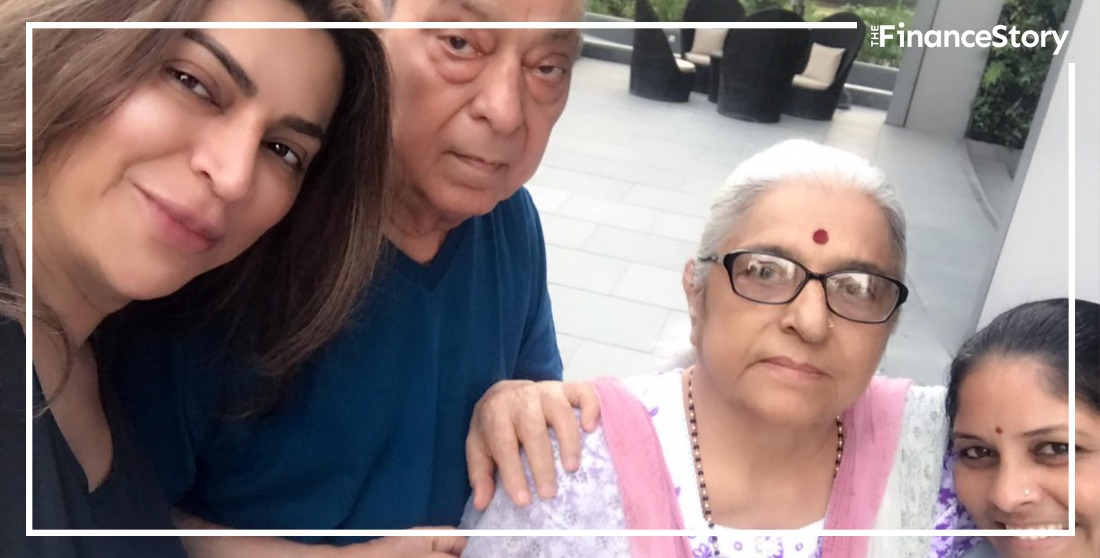 Dealing with Homophobic Reactions and Rising Through the Ranks

Bollywood was a safe space where people cared more about your talent than your sexuality. The scenario is also common in the beauty industry.

Though, yes, once in a while, I came across some homophobic directors. But once they worked with me they understood how serious I was about my work.

I do not blame them though. Because there are a lot of privileged, flamboyant gays out there who do not take their work seriously but only take their sexuality seriously. I have always been a very serious and dedicated person. In fact, I bought my first house at the age of 25. I have always worked hard for every penny and respected and valued money.

Yes, there were times when I was pulled out of projects. Sadly, that is how this industry works. But it never bothered me because my actions always spoke for me.

For instance, Aishwarya Rai rejected her foreign makeup artist and insisted that I do her makeup for the movie Action Replayy. This was an indirect slap on those directors’ faces who tried to put me down.

Down the line, I also got the opportunity to work with renowned actresses, such as Raveena Tandon, Mahima Chaudhry, Sridevi, Aishwarya Rai, and many more.

On top of that when I started out in Bollywood back in the 1990s, I was the only makeup artist who also did hair and costume styling. I think that helped me a lot in garnering the attention of the directors.

When I did Rangeela with Urmila, she advised, “Ojas, you should follow up on your contract. Make sure that you take 50% of your payment in advance and the rest should be given to you before the project ends. Because I have seen that people make you chase for your money.”

She further told me "You are the person who is going to give us the whole look so you better be treated well.

So I started demanding business class tickets and the same hotel as the actors. In fact, my room used to be next to the actor's. Or in a wedding, till date my room is next to the bride's because I do her hair and makeup in my room.

Respecting my work, and other people's time led me to success. 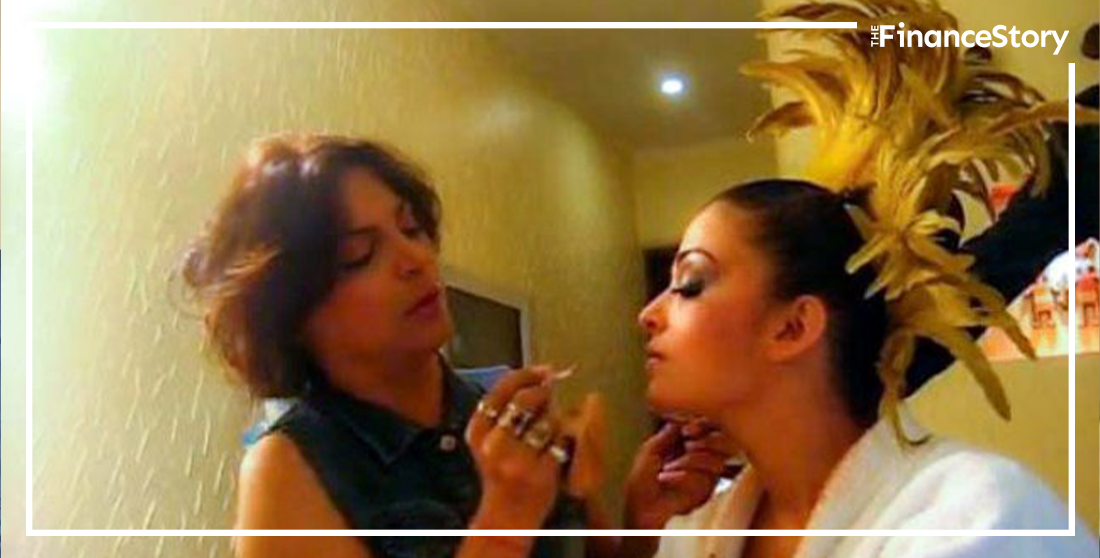 How parents can support their Lgbtq children.

When I went to America for the first time, suddenly this guy named Anil tried to befriend me. He used to act all chill and tried to chit-chat with me a lot.

Then one day he hid his friend behind the curtains and called me up to his room. His friend wanted to see what Anil and I were going to do.

They knew exactly why I used to dress up the way I did and I was very open about my sexuality. That was such a despicable behavior on their part.

I believe parents and teachers should start educating their children about this topic from when they are in school.

Let them know that there is nothing wrong with being of a different sexual orientation. But first, the parents need to open their minds a bit.  We are living in the 21st century, guys!

There are so many people out there who are living in the closet, afraid to come out to their families.

And when they pluck up their courage to do so, what do the shortsighted parents do?

Do they kill their children? Do they disown their kids? No. They just choose to ignore them. Those kids sometimes turn suicidal because of that.

That is why I feel that whether you are a 13-year-old or a 40-year-old, always have someone to talk to.

Luckily, I was blessed with a lot of straight friends while growing up. They thought very highly of me, and I did the same. I could always turn to them whether I had issues with my boyfriend, issues at work or if I just wanted to hang out with them.

But do you know who was always there to lend an ear? My mother.

When I started school she told me “Ojas, if anything unpleasant happens to you or if you are going through a tough time, please let me know.” That is the most beautiful thing parents could do for their children.

I wish all parents could do the same and reach out to their kids. We all need somebody with whom we could share what we are going through.

Do not shut your kids out if they are different. Make them feel happy.

It is not easy for them.

Whether you are a man, a woman, or any other gender, as long as you are fantastic at your job it really should not matter. But the corporate world is a different ball game.

I have seen people getting treated so badly. Gays are not treated as badly in our country, as much as lesbians.

To all my fellow friends out there, there is nothing wrong with you if you are gay, lesbian, or anything. And if society says otherwise, maybe it is their problem.

I have always done exactly what I wanted to do and have lived my life on my own terms.

I feel we should never pull someone down for whatever reason. Give everybody the benefit of the doubt and let them do what they want to do.

As long as they are not harming you why does it matter?