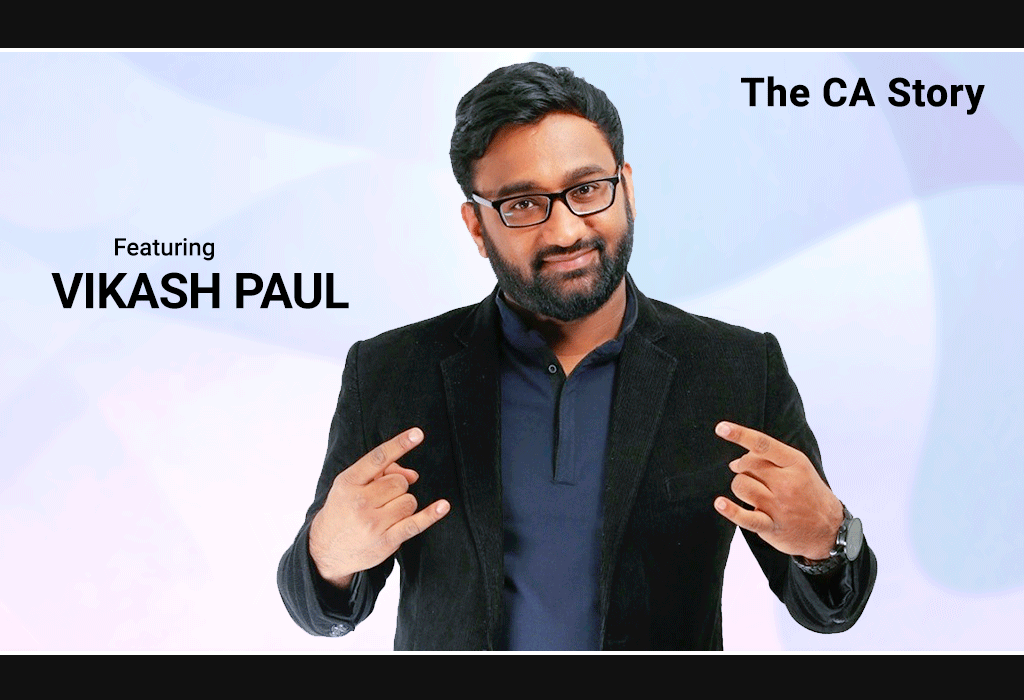 Always loved comedy but being a studious nerd got into CA

Growing up, I was a typical nerd who loved two things - Studying and Comedy TV Shows.

I was so fascinated by these series, that I would record them and watch it on repeat mode every single day. And later I would enact them alone at home. This went on for years.

(Obviously, that time I had no idea that this can be a full-fledged career and did not give much thought to it.)

Fast forward, when it was time to decide my career path I chose Commerce and because of my high percentage in board exams, I got admission into Shri Ram College Of Commerce (Delhi University), Asia's number one college for Commerce.

During those days (2005), there were two popular options for commerce students - CA or MBA.

Since I was an introvert with poor communication skills and when people told me that to crack MBA you need to go through Group Discussions and Interviews, I got scared. (I was 16 years old. So, please, don’t raise your eyebrows!)

On the other hand, they said CA needs a lot of hard work and hours of studies to clear it. Being a nerd, I was like, "Yeah that's my forte - hard work, I can do that!" and here started my CA Journey.

I gave my best at every level and qualified as a CA in 2010.

After qualifying as a CA, I didn't want to work in traditional Audit and taxation roles. I was more inclined in financial statement analysis, equity research and valuations, etc.

Luckily, I got an opportunity at CRISIL as Research Analyst, just what I wanted.

I enjoyed my work and kept working hard and, of course, I would crack jokes and entertain my colleagues as well.

One day my manager invited me to do a stand-up comedy at our office annual event (I remember it was my third year of the job - 2013). This came as a big surprise!

Honestly speaking I was very scared to give this a shot, but my team members insisted that I should go for it. (They all knew I was very funny and witty and I had the knack of cracking jokes.)

I too thought about it and realised it would be a great opportunity, so I went for it.

I prepared for the show really well as it was my 'first time' on stage telling jokes in front of 500 people. Fortunately, it was a huge success.

That day I realized that I could do something with my skill and soon started searching on the internet about ways to get into professional stand-up.

It was then that I discovered that every comic big or small has to start with 'open mics' (a platform for every new comic to try out the jokes which would eventually get you professional shows!).

Unfortunately, the city I was based in (Chennai), had no 'open mics' and obviously I didn't have the guts to go try it out in a totally different city. So I just let it pass.

Fast forward, after almost two years in Feb 2015, I got to know about an open mic happening in my city, Chennai. I was so excited and immediately enrolled for it.

I wrote a 5 min set and performed in the open mic. It went really well.

From there on my journey of professional stand-up comedy began and there has been no turning back. (Yes, it took me 12 long years, to realize that my passion is stand-up comedy and this is what I want to do!) 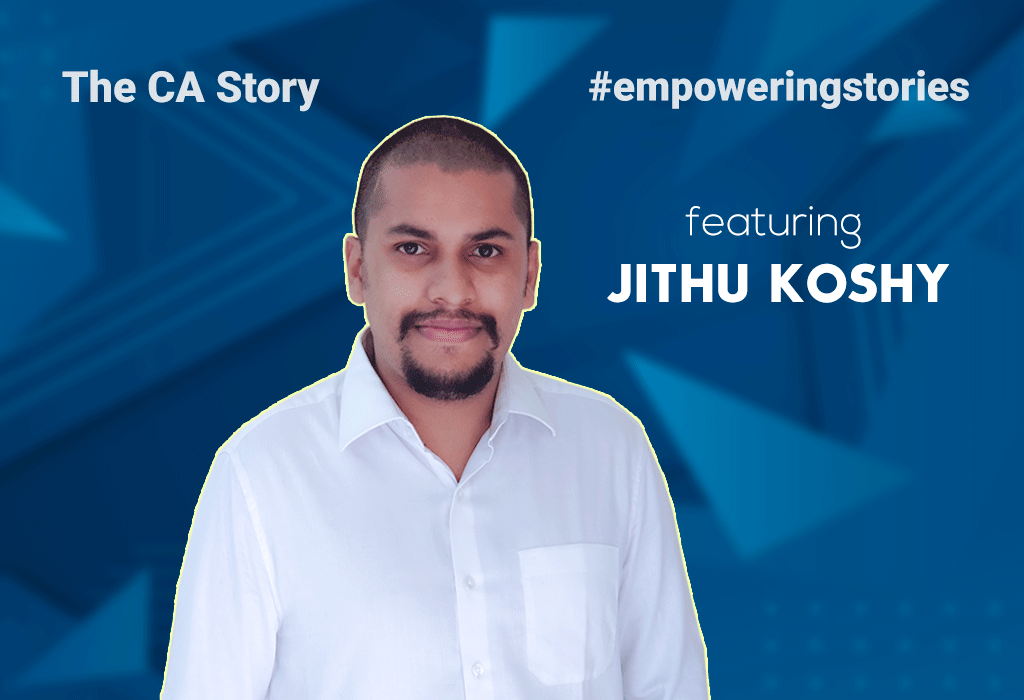 Building my career as a standup comedian while working full time

Once I discovered the open mics, I kept on pursuing stand-up comedy along with my day job.

However, working and attending open mics is very hectic. Let me tell you why. There are two parts to stand-up comedy - one is writing your jokes and the other is performance.

During my spare time at the office, I would think and write my jokes and then later in the evening (after office) I would go try those jokes in open mics.

And after weeks of testing and editing those jokes in open mics, you finally perform at paid shows over the weekends. (Yes, a lot of effort goes into those stand-up acts to finally make it look effortless on stage.)

In short, I had to rehearse and prepare a lot before getting on stage, which required a lot of my time. It was tough to manage it with a day job but the love for getting on stage every week kept me pushing forward.

After almost three years of juggling between work and stand up comedy, it started to get hectic! (I have to mention that I loved my job as a Research Analyst.)

Shows used to happen over weekends (and were never an issue) but open mics were during the weekdays and so many times because of urgent deliverables or client requests, I had to miss on open mics.

And if you have not tested your jokes enough in open mics, you are bound to bomb in final shows (which is never a good scenario).

Also, later I started getting shows outside Chennai which was very difficult to manage with my day job, especially when it used to be a corporate show which normally happens on weekdays.

Eventually, there came a stage when I realized I was not doing justice to either my job or my performance and both were getting affected.

So, after a lot of pondering, in late 2017, I took a leap of faith and quit my analyst day job, after being in the corporate world for 8 long years!

Obviously, it was scary but by then I was deeply in love with the stand-up comedy art form...and it was too late for me to give up on my dream of pursuing it. 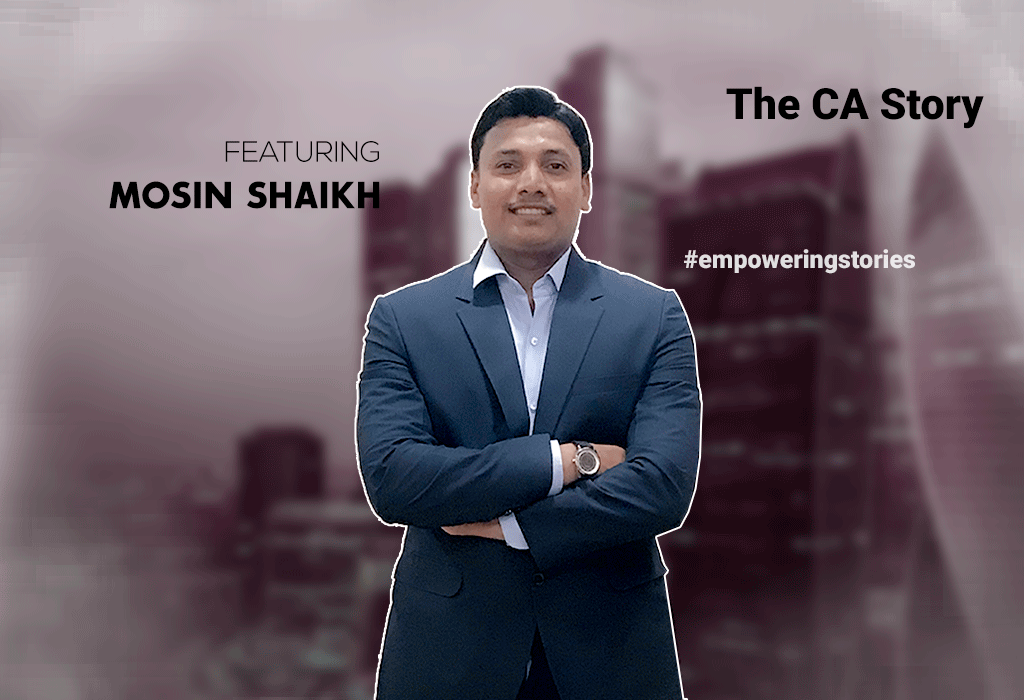 Meet this boy who went from a labourer working at a brick Kiln to a CA. Here is Mosin's amazing tale.

Transitioning to a full time stand up comedian

Since I was doing professional stand up comedy for three years along with my day job, I had a strong base. I was not a fresher.

Also, from the performance and shows point of view, I knew the process really well and was very comfortable.

However, the difficult part was to effectively utilize my free time which I suddenly had.

Being a CA  and moreover a professional who juggled two jobs earlier, I was scared that I would slip into that 'complacency zone' and have a lot of unproductive hours. So, adjusting to my new routine and building a discipline around this lifestyle, did take some time!

On the monetary side, for the first two years, I had to make a few compromises on my lifestyle and had to postpone a lot of expenses.

Fortunately, the risk paid off, when by the end of two years of my being a full-time stand-up comedian, I had started making the same amount of money as in my CA job. This was a big motivation.

Questions I get asked most often

"Did you recklessly quit your job?"

There was a high amount of risk but it was not a very reckless decision.

After three years of doing stand-up comedy along with my job, I had built a network and I had started getting regular paid shows which included corporate shows as well, which pays you well.

Although it was not even close to 25% of what I used to make in my CA job, I knew I had to be patient for at least the first two years. Luckily it all paid off!

There are days when things are tough and it makes you revisit all your decisions. There are times when your shows don't go well; you don't get good views on your stand-up videos.

The Internet is a cruel place that will amplify your pain when you get to read those mean YouTube comments on your work and will make you question all your life decisions.

But you know that it's part and parcel of the deal and you have to maintain your sanity and sail through those phases.

Because at the end of the day it's all about your love for this craft and if you are happy doing what you are doing or not.

"What will you tell someone who wants to become a Stand-Up comedian?"

I will tell them please don't because we don't want more competition but jokes apart:

Prior to my decision to pursue stand-up comedy, all my decisions were based on peer pressure or external factors!

Like me, you will also have to take up many things due to parental pressure or peer pressure or because that's what society expects from you and not necessarily what you wanted to do. But it's okay.

Today when I look back I don't regret any of it. In fact, if I change any of those choices, I would not be where I am right now.

All I have to say is: Give your best at every stage in life... without judging too much of it. You may not love what you do currently...but while you are looking out for your passion, enjoy your current role!

Vikash Paul is a CA, research analyst, and professional stand-up comedian who has done more than 300 shows across major cities and corporates. For show inquiries, please mail to vikashpaulcomic@gmail.com. You can also find his stand-up videos on YouTube by searching 'Vikash Paul Comedy' (with over a million views on YouTube). Follow him on Instagram @Vikashpaulcomic.

What is stopping you from achieving / following your passion? Comment below and let us know.