Subhash Garg, Former Finance Secretary of India reveals how he succeeded at every difficult corner... by just not giving up!

From studying in a Hindi medium school, Subhash Chandra Garg, the former Finance Secretary of India faced a lot of hardships before becoming a member of the Indian Administrative Service (IAS). He believes India can be a $10 trillion dollar economy and shows us the way in his book. 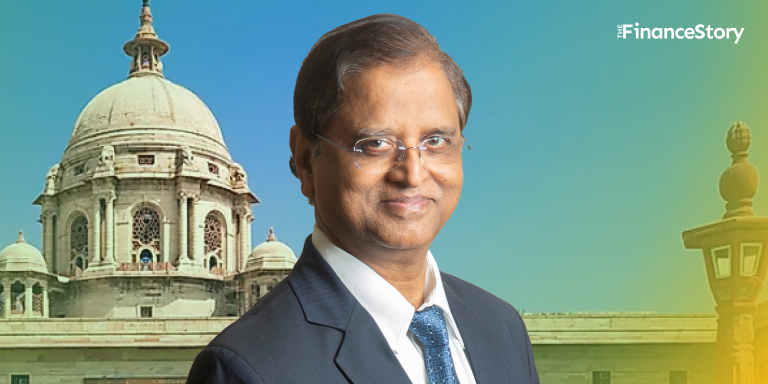 Growing up with hardships

I was not born with a silver spoon in my mouth.

We were six siblings. I happen to be the eldest son, and my sister is older than me.

My father worked at the post and telegraph department as a telegraphist, which did not pay very well and the nature of the work was also repetitive.

Mentally he was much evolved for a repetitive job like that but he was also a man of principle. This conflict inside of his mind led to his falling into depression.

I was only ten or eleven years old at the time and it was not easy on the family.

The struggle and experience thereafter made me realise that I would have to find my own way and that gave me a lot of confidence!

I gave tuition to earn money so I could pay for whatever little fees the government school required. I acquired books by winning competitions. Friends also chipped in.

I do not think I am smart in the conventional sense, but I am a very sincere and hard-working person.

In spite of all the challenges, when I was in secondary school I happened to achieve the third rank in the entire state of Rajasthan. It was the first time for the Government school that l studied.

They were all surprised that somebody could do this from a government school in a small town.

Because of that achievement, I made up my mind to focus on my career and make something of myself.

But the big question was "How would that be possible considering my family’s financial condition?" 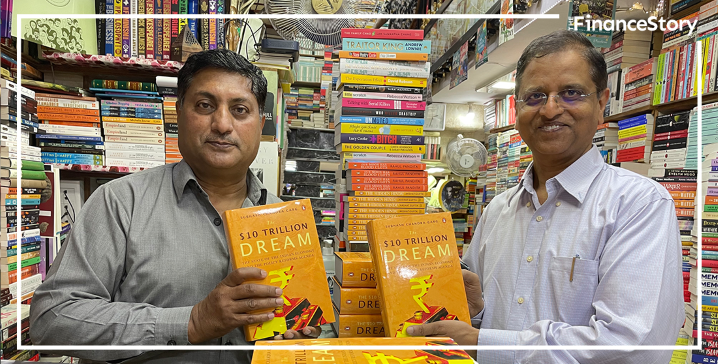 Dared to dream - The IAS dream

After I passed high school, we shifted to live in a government colony.

That colony was located next to the large house of the district collector and district magistrate of Ajmer (Rajasthan).

Every day when I passed that house I was reminded that the IAS officers had big social status and responsibility.

It contributed to my decision that the Indian Administrative Service (IAS) would be a worthwhile career.

I made up my mind immediately after class 10, to become an IAS officer.

I was a prolific reader and I decided to push myself to read a lot more about the civil services and that made my goal even more solid.

However, our financial situation was not so sound thus my father said – “You are the eldest of the six and no one is earning. You should start working and support your family.”

He had his own challenges and I knew them very well.

I rationalised and proposed to him that  I will earn, borrow or do anything but will provide support to the family equal to what I would have saved if I were to take up a clerical job available to a tenth pass.

I insisted that I would also continue my studies. I was so happy that he accepted the bargain and allowed me to go ahead. 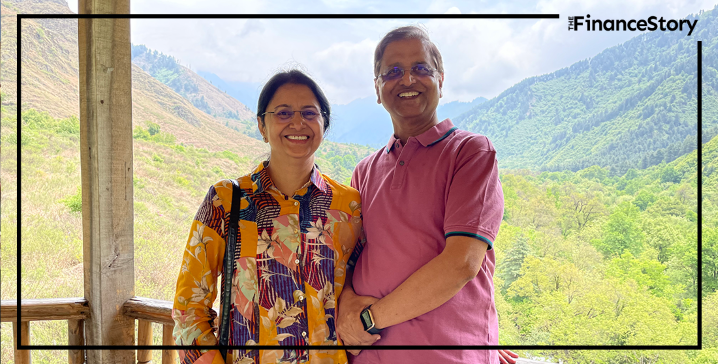 IAS is a tough exam where only 150 participants got selected every year at that time. Even if you work hard and are quite talented, you may not make it.

And that is what made me go for the Cost Accountancy course as an alternative career path in case I do not make it to IAS.

I could have gone for Chartered Accountancy but in those days we had to pay for the articleship instead of getting a stipend. And I was not in a position to pay.

By the time I became eligible for the civil service examination, I had passed the cost accounting examination and completed two years of law degree.

I believe this helped me prepare for my IAS exams better.

While preparing for my IAS I did not go to Delhi, which is where most aspirants from India landed up for coaching those days.

I did not attend any coaching classes or take lessons from anyone. I just prepared hard.

I was reasonably confident and chose optional subjects- Law, Commerce, and Accounting, which very few people dared to choose considering these were non-scoring subjects.

I prepared meticulously and got the 4th position in the country... a big feat accomplished and a dream come true.

Starting my career as a bureaucrat, with strong values

Public service is the constant interplay of public interest and political interest.

In such situations, it becomes difficult for the officers who want to work for the public interest and not necessarily political interests.

I am also a very strong man of principles and I don't compromise so I have been through such challenges several times in my career.

For instance, in one of my postings, in the road transport corporation, I was sent to turn around the organization and bring in some sanity as the top officials were seen fighting for the crumbs there.

Very soon, the guys stopped fighting and got together to see me ousted first. The government served marching orders to me within 40 days!

However, there were many good projects and programmes that I became part of in my career of 36 years in IAS.

I was the Chief executive of the World Bank-funded RAJFED Soybean Project in Kota, which had become a white elephant by the time I was posted there. I turned the project around and made it a profitable business. Capacity utilization improved from 20% to 125% in a year’s time.

Even the private industry was impressed. They began saying that if a Sarkari (Government) plant can make a profit, then there must be a lot of opportunities in that segment.

I served in many positions as the managing director of corporations, including the Rajasthan Oilseeds Corporation. The knowledge of cost accounting was quite helpful in such postings.

We made hundreds of employment all purely based on merit. Unfortunately, the Minister turned against me, though he did not succeed.

To cut it short, you can get outstanding results if you are focused and innovative enough to deliver results. Have a lot of confidence and results will follow.

Within a short span of time, I had built up a reasonable reputation for myself and people knew that I was somebody who understood finance.

I remember writing to the Finance Secretary of Rajasthan way back in 1987 when I had put only four years into the service. I hoped that the government would easily consider me for the role of deputy secretary in the Finance Department.

The deputy secretary post was not considered very good. You did not get a Government car or a house like a district magistrate gets.

But I was prepared to go and work in finance because my interest lay in finance.

Despite my offer, my seniors posted me as an additional district magistrate in Jaipur and not in the Finance Department.

For the first 15-16 years of my life, I hardly got to do anything in Finance.

Though I was given postings of the Director of Provident Fund, and State insurance as a kind of punishment posting and I was also for some time, the Inspector General of Registration and Stamps.

That posting as Director in Economic Affairs provided me a break and this is where I started my career in finance.

After the year 2000, I spent a lot of time in Delhi and Jaipur. I was posted as Finance Secretary both in Rajasthan and the Government of India.

Opportunities in the Indian Government for finance professionals

Indians are one of the most hardworking people in the world.

All premier ingredients of a successful career in the economic and finance field come very easy to most Indians.  But the Indian ecosystem does not promote and allow Indian talent in India.

These laws and systems that we have created do not create the sustaining ecosystem to promote Indian youths.

So I think you should be very clear on why you want to get into the government sector and do that job.

To my mind success in government and in other professions means doing an honest job. It does not mean getting certain positions or earning so much wealth or income.

So, please define the criterion for your success rightly and then go about achieving it.

Stay honest, and just be happy doing an honest job.

I studied all through in Hindi medium government schools.

When I entered college, I remember going through The Indian Express newspaper word by word every day to build my English skills.

I would sit with a dictionary whenever I read the paper. It took hours to finish a page because to understand a paragraph, I would refer to the dictionary several times. It was hard but very productive.

This is how I built my English vocabulary and speaking skills.

Self-confidence can take one a long way… it worked for me!

I have covered many episodes from my life in the IAS, in my upcoming book Steely Resolve.

Subhash Garg, a member of the Indian Administrative Service (IAS) for over 36 years, has served in various key positions for both the Union government and the government of Rajasthan. He was designated finance secretary in March 2019.

His first book- The $10 Trillion Dream is a very thorough and insightful commentary on the state of the Indian Economy. He also presents a bold reform programme and a plan for India to become a USD 10 trillion economy.

(Edited by Preeti Mondal and video by Subhankar Dutta)