Reading books helped me escape my reality and expanded my knowledge

I grew up in a modest town called Butterworth (former Transkei), but our subsection of the township was more poverty-stricken than the middle class.

My siblings and I were sent to a boarding school which was situated in a small village. This made matters worse as the conditions there were horrible compared to our township.

It was during these challenging times that I started to read a lot as it provided me with insight into a world I was not exposed to.

Moreover, it was an easy escape from my challenging reality.

A few years later, at the age of 10, I started to realize that one word that was mentioned in every book was “money”. I noticed that money was a common denominator in my world and the world of the books I read.

So, one day, I asked my dad one critical question, “What subjects would I need to learn to understand money?”.

He was a little surprised by my sudden inquisitiveness about money and said, “You would have to study accounting and economics to learn about money”.

He also emphasised that if I chose this route, I would be on my own as neither he nor my mom had experience in these subjects.

I knew it would not be an easy path, but at that very moment, I made up my mind and decided to pursue Accounting and finance.

After all, I was eager to move out of our current situation and do well for myself.

My decision to pursue CA at the age of 12!

In the beginning, I had no ambitions of becoming a CA, I just wanted to learn about how money works.

In the first term of grade 8, I signed myself up to be my mom’s helper for all of her home errands. I was curious to know how she manages money.

It was here that I started understanding basic accounting principles which opened up a world of practical knowledge for me.

During this time, I learnt about bank accounts and who manages those accounts. My dad also told me about, Wiseman Nkuhlu (South Africa's first qualified black Chartered Accountant).

My passion for understanding finances and my desire to do well for myself encouraged me to pursue CA… and that’s how at a young age of 12, I made up my mind to become a Chartered Accountant. 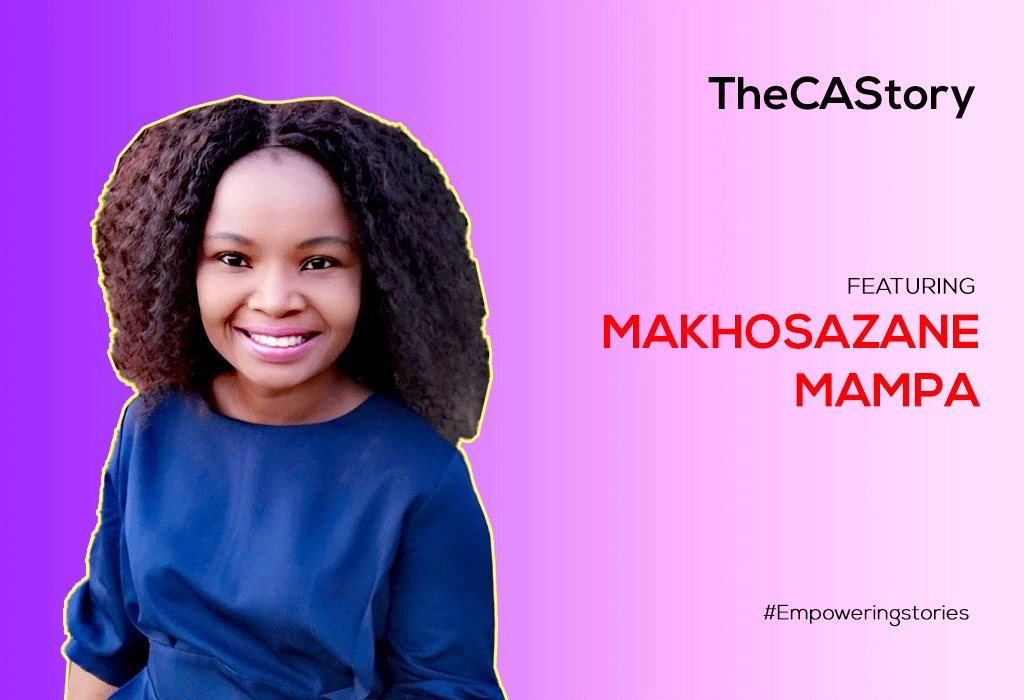 Fast forward, I stayed focused and dedicated, giving my best every day at school.

All my efforts paid off when I was accepted to study accounting at the 'University of Natal in Pietermaritzburg'. It was a big deal for me and I could see my dream of becoming a CA coming to life.

Unfortunately, due to my dad’s financial constraints and since I was not eligible for any bursary or financial aid, I could not afford to get admission there. This was in 1994.

(I grew up in Transkei, which was an unrecognized state in South Africa and considered the “missing middle”, all the bursaries and financial aid applications were declined.)

I could see my dreams crashing, as in SA one of the qualifications to go the CA(SA) route, is to have a university degree and honours degree.

But did I give up on my dream? Obviously not.  Not being able to enrol at a university full-time due to lack of funds, meant that the option I had at this point was to study part-time and do a three-year national diploma and I did exactly the same.

So, instead of going the normal route, I chose the most viable alternative, even though the journey was longer. So, a usual seven-year journey to becoming a CA would now take me 10 plus years!

When I completed my diploma in 1997, times were very tough and we had to survive. So, I put my CA plans on the back burner and focused on helping my mother and older sister financially.

Fast forward to 1998, I got a job opportunity at EY as a Junior Accountant and was fortunate to work in a division led by empowering leaders who treated me fairly and gave me objective feedback.

Around the same time, I started to pursue a B.Com degree from Unisa.

At EY my dream to become a CA was renewed, and I applied to transition from am an employee at EY to an article assistant. However, since I did not have my bachelor’s degree, it was a great struggle to start with my articles.

After almost 2 years at EY and a lot of negotiation, motivation and recommendations, I was accepted to start my articles at the Johannesburg office in January 2000. This was a big win for me and paved the pathway for future successes. 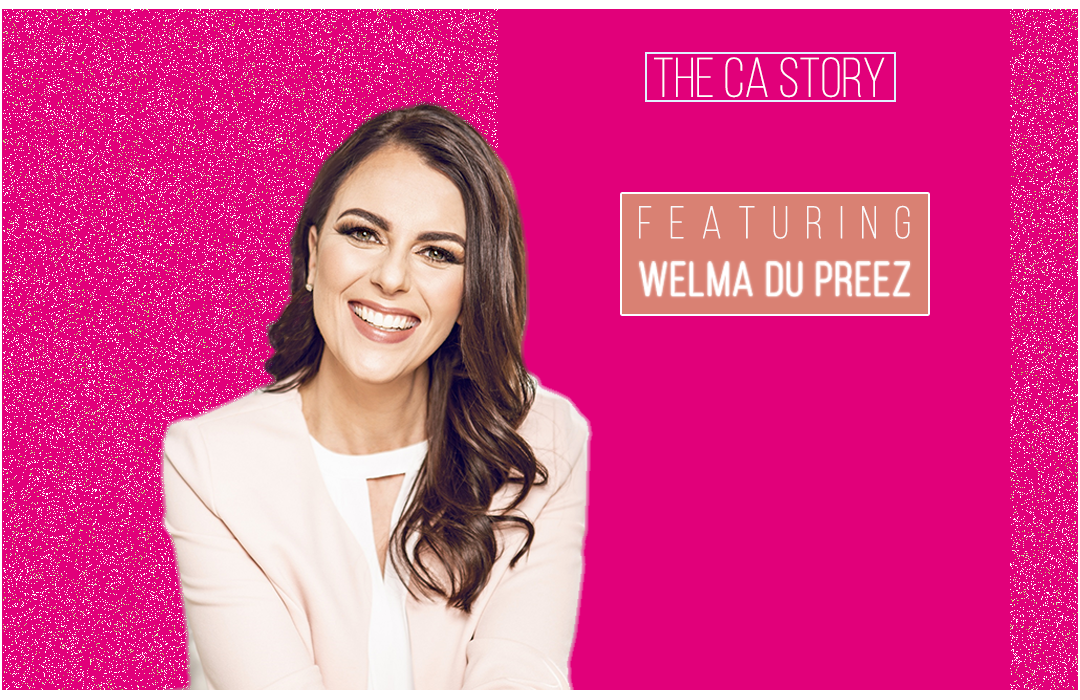 Establishing my career path and eventually becoming a Partner at EY

Although my CA(SA) journey was long, however since I was working for a Big 4 while studying, I was not held back in terms of career growth and opportunities within the firm.

My salary was lower than those who had a straightforward journey, as they reached certain qualification milestones earlier. However, I don’t measure success by how much I earn, but by the experiences I can access and the resulting growth and development from those experiences.

While serving articles, I was fortunate to be exposed to some of the most authentic leaders of the firm who made a significant impact on my life and the kind of leader I wanted to be.

These leaders instilled in me the desire to empower and also taught me to look beyond position and accolades, I wanted to be a leader like them.

I also have to mention that SA, with its peculiar past, meant that I had to fight harder to work with certain quality clients, but EY to me has always been an environment that is easy to navigate.

In August 2018, my vision of being an EY Partner became a reality!

2000 (Getting accepted as an article with EY)

Education transformed my life as a black woman in SA

Considering SA’s history and the fate it had for a black girl born under that regime, education has opened up doors that I could not access.

I am one of the leaders in the profession, I have stood on world stages and presented in front of global and local leaders of the accountancy profession. I have written and published articles and thought leadership.

None of these would have been possible without obtaining an education.

If not for education, I would have been born, spent my life, and died in obscurity. Not many people would have known my name.

So, qualifying as a CA, not only changed my quality of life, it also changed my daughter’s life and the lives of some of my siblings, nephews, and nieces...it presented us with opportunities for growth and development.

As human beings, life does not serve us the same cards. Maybe, like me, you might not have received the best cards to play the life game. While this is unfair, what matters is that you play the cards you were dealt with well.

Understand your circumstances and focus on the game. Devise and implement your strategy, using the cards you were given and eventually the cards will pay off.

Never ever give up.

Zimkita Mabindla is a CA and seasoned finance professional with more than a decade of experience. Giving back to the young people, and being an empowering authentic leader who leaves an indelible mark and positively impacts lives, is one of her goals in life.

Were you inspired by Zimkita's journey? Did you find the mojo to start?

We are eager to hear your story. Write to us in the comments and don’t forget to share this article with your friends?