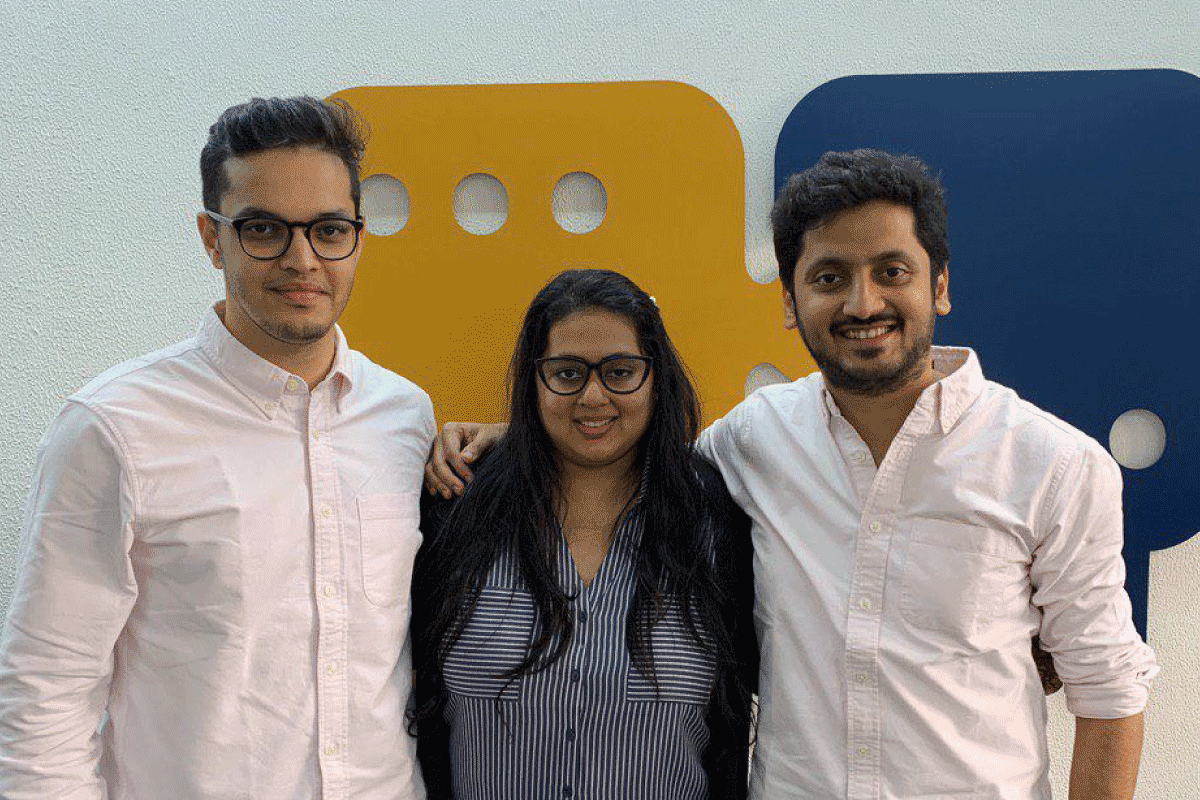 Became a CA but had no idea what to do next

My parents are doctors and run their hospital, and thanks to them, since childhood I knew that medicine was not my calling!

I started my articleship with EY in their statutory audit department. After my first year of articleship, I joined Ramesh Rajni & Co, a mid-sized firm specializing in the diamond and jewellery industry.

Fast forward, I completed Chartered Accountancy in 2013 in the first attempt and, believe it or not, I was an average kid in school and I only started ranking in exams post 10th grade.

I only knew I’d become a chartered accountant one day, and had no idea what to do next.

So, I decided to continue to work as a Chartered Accountant at the same firm where I did my articles.

Whilst working there post-qualification, I decided to pursue CPA and LLB.

Within two years of working at the CA firm, I wanted to do something meaningful with my life, to help solve real problems and to innovate my way through challenges around us.

I realized that I wanted to give a chance to the entrepreneurial spark in me.

So, I quit my job but I didn’t quite know just yet as to where my professional journey was headed.

I just started reflecting on problems that were around me, and how they could potentially be solved.

After a lot of pondering, I started to realise that while working in the diamond and jewellery industry, many companies that were on the top of their game filed for bankruptcy in just a few years, all because of ‘mismanaged disputes’!

This was the case even for MNCs which I experience during my stint with EY.

Similarly, I would come across families struggling who were destroyed because of similar disputes.

Around the same time, my co-founder, Bhaven Shah, also a Chartered Accountant and LLB, observed this problem of disputes whilst working at KPMG on the retrospective taxation matter.

The same was the case with my third co-founder, Aman Sanghavi, who comes from the insurance and management background, who noticed the painful claim settlement procedure in insurance matters even where papers were clear.

Upon delving further into the problem, here’s what we realized: the Indian court system is currently dealing with a logjam of 32 million pending cases. This translates to an unbelievable 300 years to clear this backlog if no new case is instituted.

To top this, 40,000 plus cases are being filed in Indian courts every day, each dragging on for an average of 13 years in court!

And we knew what we want to do next: make dispute resolution easy and effective. That gave birth to Presolv360, in June of 2017.

In 2017 we formally incorporated and, I can say this on behalf of all 3 of us, it is one of the best and most satisfying decisions we have taken.

We experimented with various techniques, mechanisms and technologies, constantly innovating and learning with each experience as to how we could make dispute resolution easy, effective and economical.

We initially started negotiating cases in-person ourselves, to understand the mindset of disputing parties and how they can be drawn to an amicable settlement. Based on our learnings, we digitized the entire negotiation and mediation process flow and launched an online negotiation-cum-mediation platform in 2018.

We had a clear goal, but the path to achieving that goal took innumerable iterations (we continue to iterate and innovate to date), sleepless nights and several failures!

As we began settling more and more cases, crucial learning made us relook at our business model.

We realized that one of the biggest hindrances to out-of-court settlements is that when a dispute arises, it is nearly impossible for two opposing mindsets to agree on anything, be it a common platform or a common dispute resolution expert.

To circumvent this, we built a subscription model where contracting parties can secure their contracts from litigation by paying a nominal fee.

We resolve disputes using our proprietary e-arbitration and e-mediation modules. We leverage technology to simplify complex regulations and make it understandable to the common man.

Any person can log on to the platform and raise a dispute by filling a simple form, talking about what was agreed upon, what went wrong, and what resolution they are seeking.

The other disputing party is then invited on the platform, a dispute resolution expert is assigned (which may be an arbitrator or mediator as the case may be) and then the resolution is conducted via online submissions, chats, audio or video-conferencing.

At every stage, parties are intimated via emails and texts regarding what is happening in their matter and what action they need to take. All of this happens online, right from the comfort of homes or offices, and without the need to print a single sheet of paper.

As budding entrepreneurs, we’ve eaten challenges for breakfast, obstacles for lunch and hurdles for dinner.

I still remember when we started with our mediation platform, people mistook it for ‘meditation’.

When we made our first pitch (via a PowerPoint presentation), people couldn’t imagine disputes being resolved digitally. Normally, when one talks about disputes, what comes to the mind is heaps of papers and courtrooms. Now imagine doing this with a few clicks and without meeting in-person. That’s the mindset shift we’ve had to deal with.

Also, law and technology are on the opposite ends of the spectrum and to merge these two has been a challenge. This was especially challenging because we did not have firsthand experience with technology, and could not envision the extent of its application.

And, over time what has happened is that we’ve learnt tech and our tech team has learnt laws! These challenges have taught me that nothing is impossible and in fact, this is what makes the journey more exciting and satisfying!

I still remember our first case (which was in the latter half of 2017). A young widow had lost her husband in a fatal motor accident, leaving behind three children and insurmountable debt for her to handle.

For 6 years, she ran from pillar to post without receiving a single penny she was promised.

We facilitated a resolution with the insurance company, and in three weeks, the negotiated compensation was credited to her bank account. With deep gratitude, she told us, “thank you for saving me!”

This re-instilled our faith in what we wanted to do and early on, we understood that technology was the only answer. And so, we began building an ODR (online dispute resolution) platform.

A few years later, we’ve had most of our users come back and tell us that they’ve never experienced such a seamless dispute resolution mechanism.

In fact, most of them didn’t even need to appoint lawyers to represent them. This is what we are doing to dispute resolution – making it accessible, convenient, and affordable.

The Complete Timeline of our growth

Technology and law are perceived to be at the opposite ends of the spectrum. In fact, because of this, there is tremendous potential for innovative disruption.

At Presolv360 we believe in marrying law to technology to bring about a disruption in the way disputes are dealt with, and make our society truly progressive.

I’d be happy to connect with those interested in knowing more about the legal tech world. You can reach out to me on LinkedIn - Namita Shah.