All you need to know about security risks involved in DeFi

For obvious reasons, the rising popularity of Decentralized Finance or DeFi has brought attention to DeFi security vulnerabilities. 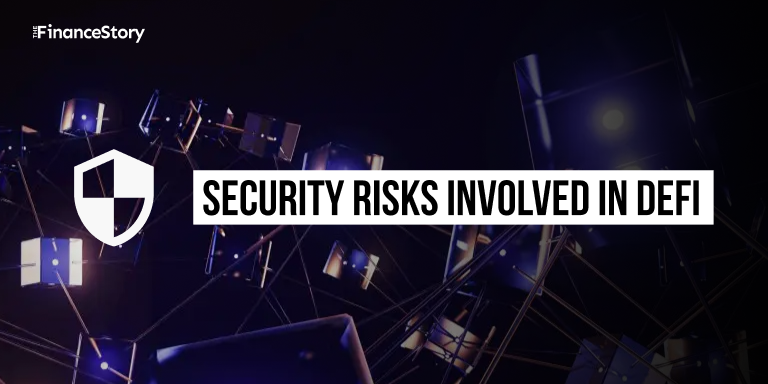 DeFi or decentralized finance, is a term used to describe the up-and-coming alternative financial ecosystem based on blockchain. DeFi system enables users to participate in a variety of typical financial activities.

Smart contracts are an important component of DeFi. They are merely code, and any flaws in the code might result in a loss of cash.

On the flip side, hackers are always on the lookout for methods to get into the DeFi ecosystem via any of the dApps or users.

The developers frequently give in to the pressure of releasing new features quickly, without conducting thorough testing. This is one of the challenges in DeFi.

Using an unlocked compiler version, unsuitable input validation, depending on the data which could be manipulated are among the most prevalent vulnerabilities in DeFi.

Alchemix, and Compound – two well-known DeFi systems – all experienced multimillion-dollar losses as a result of undiscovered vulnerabilities in their programming. In the case of Uranium Finance, a small inaccuracy might result in tremendous losses.

Because of a single character in its source code, the unaudited branch of Uniswap released on BSC lost $57 million in cash.

The concept of DeFi is incompatible with centralization, and it raises significant security issues. Hackers can easliy take advantage of single points of failure, according to a media report.

Rug pulls are the most noticeable. Hackers may gain access to mishandled keys and use them to embezzle money. Keyholders may misplace their keys, making them permanently unreachable.

Before diving into the code, the auditors will want to meet with the development team to learn about the smart contract's underlying architecture and expected behaviour. The developers then settle on the contract's final code, which will not be changed in any way. This is referred to as "code freeze."

Then, for a thorough knowledge of the code, the auditing team will dig further to identify issues in the test suite that are crucial to the application. This is to be done as early as possible. Because automated analysis might produce false positives, it's always a good idea to inspect the code manually.

In the crypto-world, some vulnerabilities resurface frequently, therefore it only makes sense to test for them independently. Re-entry, gas limit concerns, timestamp dependencies, and other vulnerabilities are among the known flaws.

Following the initial audit report, developers perform the required code modifications and improvements before submitting it to the auditors for a final evaluation.

Finally, auditors compile all of the facts and analyses into a report.

1) Your most valuable asset is your private keys.

2) Never give your private keys to anybody.

3) Keep your private keys in a cold storage wallet. Plenty of coins are getting developed every day, beware of the fraudulent ones.