Here are the Habits of 4 Highly Productive People to upgrade your professional and personal life in 2023.

Most people you know as successful are nothing of the sort. They do things despite lots of self-defeating habits. Adopt these habits of 4 well-renowned productivity gurus around the world.

We all like to appear successful. Emphasis on ‘appear’ because no one in the world really knows what the word ‘success’ really means. It just seems like an elusive term the media likes to portray standouts as.

You always see the rock stars on the cover of magazines. They all have a dramatic story of overcoming the odds which is inspiring. But more often, however, these tales lead to an unhealthy knee-jerk feeling in people. “Surely they can do it, but I am just a normal person. How could I possibly do that?”

And this article is intended to give a behind-the-scenes look at my own life and those of others that the media has called “influencers”, “leaders”, and “geniuses”.

The newspapers and magazines online recently covered news about me and most headlines referred to me as an influencer. That’s when it struck me.

Me? Influencer? For the past few years, I have repeatedly hit snooze for one to three hours past my planned wake time because I simply did not want to face the day.

I have worn the same pair of jeans for weeks straight just to have a constant something to cling to turn weeks of chaos. I have cried at birthdays, weddings and funerals alike. This one time, I broke down at a restaurant because they ran out of my favourite dish.

Not really the picture of productivity, efficacy, and success, isn’t it? But then again, in the last 6 months, I have also increased my passive income by 20 per cent, filed a case against my sexual abuser, done weeks' worth of shadow work on myself and managed to dance off the bad days.

I’ve partnered with some great brands and built strategies for startups from over 7 different countries and generated $4 million worth of potential business in my last job.

What is the point of all of this? Well, most people you know as successful are nothing of the sort. They are weird, neurotic creatures who do big things despite lots of self-defeating habits and negative self-talk. I am no exception; that is me too.

So I spent a few months researching the habits of some of the most well-renowned productivity gurus around the world and it brings me great pleasure to be sharing it with you. Without further ado: 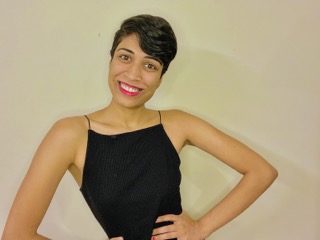 Tim Ferriss and the power of routine:

Tim Ferriss has been listed as one of Fast Company’s “Most Innovative Business People” and one of Fortune’s “40 under 40.”

He is an early-stage technology investor/advisor (Uber, Facebook, Shopify, Duolingo, Alibaba, and 50+ others).

And the author of five #1 New York Times and Wall Street Journal bestsellers, including The 4-Hour Workweek and Tools of Titans: The Tactics, Routines, and Habits of Billionaires, Icons, and World-Class Performers.

In his own words,

1) "Wake up at least one hour before you have to be at a computer screen. Email is the mind-killer.

2) Make a cup of tea. I like to pu’er tea and sit down with a pen or pencil and paper.

4) Look only at the items that you've answered yes to for these questions. So that should narrow your list of three to five down to maybe two, probably one.

5) Block out two to three hours to focus on one of them, one of them for today. Let the rest of the urgent stuff, the less important stuff slide. This is the only way that I can create, personally, big outcomes despite my never-ending impulse to procrastinate, nap, and otherwise fritter away my days of bullshit.”

Cal Newport and the art of focused work:

Cal Newport is a computer science professor and a New York Times bestselling author who writes about the struggle to work and live deeply in an increasingly distracted world.

Newport believes most people have trained themselves out of this way of working through addictions to disruptive social media and technology. Every notification you check and feed you aimlessly scroll through makes it harder to work without distraction for an extended period of time.

In his book, Cal writes, “if you keep interrupting your evening to check and respond to email, or put aside a few hours after dinner to catch up on an approaching deadline, you’re robbing your directed attention centers of the uninterrupted rest they need for restoration.

Even if these work dashes consume only a small amount of time, they prevent you from reaching the levels of deeper relaxation in which attention restoration can occur.

Only the confidence that you’re done with work until the next day can convince your brain to downshift to the level where it can begin to recharge for the next day to follow.

Put another way, trying to squeeze a little more work out of your evenings might reduce your effectiveness the next day enough that you end up getting less done than if you had instead respected a shutdown.

N. R. Narayana Murthy is an Indian IT industrialist, and cofounder and retired chairman of Indian tech giant Infosys. He just changed the way the Indian software industry works and is perceived by the world. He was very passionate about his work but had no money.

After borrowing some money from family and friends he started a company which was about to collapse because of no financial security. But who doesn’t know Infosys today?

He’s been quoted telling his teams, “Do new unusual things. Think of new ideas and think of platforms that do not cost too much and that will get people to talk about you, magazines to write about you.”

Melanie Robbins is an American lawyer, television host, author, and motivational speaker. She believes that if you ever want to change an area of your life, you are never going to feel like it. Ever.

No one’s coming and motivation isn’t happening. You just have to force yourself out of your head, past your feelings and get outside of your comfort zone.

If you have an impulse, do it within 5 seconds or you won’t do it at all. Act on your ideas.

Secondly, fear is not a problem. Fear is real. In fact, there are probably things that you’re afraid of doing right now in your life, in your relationships, and at work.

The fact that you’re afraid is robbing you of all the experiences you want to have in your life. To get past this fear, use the 5-second rule and an anchor thought.

Find your one thing. What is the one thing you’d love to do in life if you didn’t have to worry about money? Once you have that answer, all you have to do is explore it and find one thing you can do to expand your knowledge on that topic.

Follow people pursuing that line of work and that’s how you start doing it yourself.

Seeing the big picture. Successful people are all in the weeds. The key to seeing something larger for yourself is getting out of the weeds. To do that, run your life like a business, do a brain dump and make a list, and exercise.

Bad mornings don’t have to be bad days. Just because you blow your morning by skipping the gym or oversleeping, is not an excuse to blow the rest of your day. Find one thing you want to improve on and then set an if-then statement to make sure it gets done.

Life is not a race. Slow down. Stop looking around at what everyone else is doing and focus on where you are and what’s important to you.

So, there you go. The best habits and hacks from the best productivity coaches and successful humans across the planet. I hope some of these tips resonate with you and help you upgrade your life by an iota. Remember, small changes lead to big wins.

Lakshmi is a strategic content and communications professional with expertise across FMCG, fashion, health technology, SaaS and AI. She is currently the Global Advisor for Digital Marketing & Investor Relations at Gameplex. Lakshmi is a fierce advocate of mental health and LGBTQIA+ rights in the workplace and one of the Top 10 Linkedin Influencers.