FTX collapsed after raising $2 Bn. Could Good Governance and a proper CFO prevent such a collapse?

Cryptocurrency has been trusted by a lot of investors due to its transparent and decentralised nature. But due to the scandal of crypto exchange FTX, the future of the crypto industry looks bleak.

If you have been keeping up with the trends in technology and finance, then you have probably heard of Cryptocurrency or Crypto. It is a type of digital currency that is not controlled by a centralised authority and allows peer-to-peer transactions. Quite the opposite of our run-of-the-mill “Fiat Currency”.

Some are investing in them because it offers complete transparency, anonymity, and security, which the centralised financial system is unable to provide.

And some are speculative of its nature, as crypto is still in its early phase, volatile in nature, and unregulated.

One can’t deny the fact that crypto as a concept has the potential to build a better financial ecosystem than the existing one. However, failures caused by human greed, lack of responsibility, and malicious intent are making it impossible.

How FTX defrauded its users

This “Too big to fail” crypto exchange came across a liquidity crisis in the early November of this year. The reason? FTX mishandled customer assets worth approx. 10 billion USD, by lending them to its affiliated trading firm Alameda Research.

According to a private document reviewed by CoinDesk, Alameda had $14.6 billion of assets as of June 30, of which a large portion consisted of FTT (the native token of FTX). Following the revelation, Binance shared its plans to liquidate all of its FTT tokens worth approx. 500 million USD, adding fuel to the fire.

The crypto market catastrophe could have been avoided if Binance had acquired FTX, which was what FTX’s CEO Sam Bankman-Fried wanted. But the fire was already out of control.

FTX’s users were scrambling to secure their assets from the exchange; some were able to get back their money, but most of them couldn’t, once the bank run started. Eventually, they suspended withdrawals.

Ole Lehmann was one of the unlucky customers. The web3, and trading enthusiast and Founder at Fynnster Limited, was about an hour too late to withdraw his deposits.

“I’ve lost it all. 45% of my net worth got wiped out in the recent FTX blowout. The money I put my blood, sweat and tears into for the last 5 years…erased,” wrote Ole in his LinkedIn post.

Ole has been using FTX as his main trading broker for 3 years now as big trading desks were using it, and he loved their product for trading.

“I felt safe there. I also just parked more cash there to start buying the dip I anticipated. The dip came, but it took my money with it. Not as I had planned.” Ole concluded.

Although the exchange has filed for bankruptcy and “promises” to return the money to its investors, people’s confidence in crypto has already taken a huge dip.

Sam stepped down as the CEO of FTX soon after the disaster unfolded. 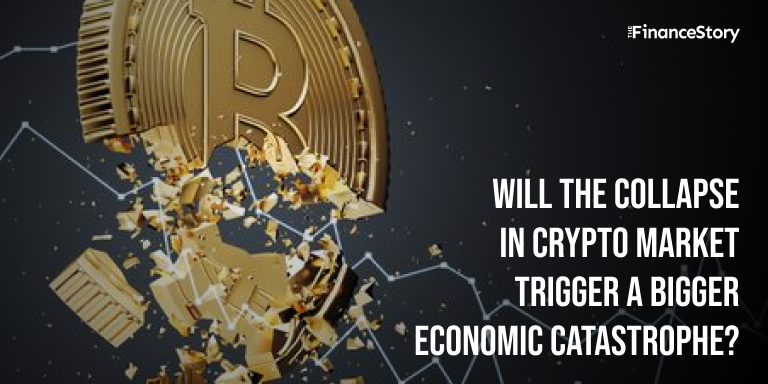 The crypto market that, although still in its infancy by many counts, has attracted the attention of major financial institutions.

Behind the scenes of the FTX crash

A derivative is a financial contract that obtains its value from an underlying asset such as currencies, stocks, and commodities among others. It allows investors to buy and sell an asset at a fixed date in the future.

Pekka Kelkka, the UAE-based Blockchain and Crypto advisor didn’t hold back in one of his LinkedIn posts, expressing his thoughts about FTX.

He claims that SBF aka Samuel Bankman-Fried's strategy was to make FTX the biggest derivatives crypto trading platform. Cryptos are the most appealing asset for derivatives trading due to their volatile nature.

“FTX manipulated the FTT price and used the FTTs as collaterals to buy other cryptos and platforms worth billions of dollars. This was 100% a Ponzi Scheme,” wrote Pekka.

He believes that even though Blockchain and crypto are still in their early phase, it is far better than the fiat system that we have.

Another major red flag about FTX was that it didn’t have a proper finance staff in place.

When a company is dealing with Billions of dollars worth of customers' money, and without a CFO looking over it, people should question its legitimacy.

“I know finance professionals can be perceived as boring and naysayers…however, we could flip it around and say we’re the stewards of things being done right in the company.” wrote Anders Liu-Lindberg.

That is not to say that companies with CFOs have not gone downhill or will not in the future. But a majority of finance professionals protect the company’s interest with integrity and ethics.

And perhaps an honest one would’ve gone against Sam when he decided to lend approx. $10 billion to Alameda, which he clearly wasn't supposed to touch.

As we mentioned at the beginning of the article, collapses like FTX, are not new. Crypto companies like 3 Arrows Capital, and Celsius, have also defrauded retail investors, institutional investors, and even their employees.

And there is one common factor that led to their downfall, Greed.

“Crypto didn't fail. A centralized entity that requires trust failed,” Talal Tabbaa, CEO at CoinMENA wrote in one of his LinkedIn posts, regarding the FTX fiasco.

Talal got into crypto because he wanted a more equitable financial system than the current one we have.

In the current fractional reserve banking system, it is standard practice for banks to lend out user deposits, which makes them susceptible to insolvency. FTX operated like a reckless financial institution and took excessive risks at the expense of its customers.

Crypto can be the future of finance, but that doesn’t mean we have to recreate a tokenized version of the current financial system.

“I’m extremely disappointed with the level of fraud FTX was engaged in. But in the long term, this doesn’t impact my bullish outlook on crypto, in fact, it makes me more bullish on the importance of decentralization and trustless systems,” Talal signs off. 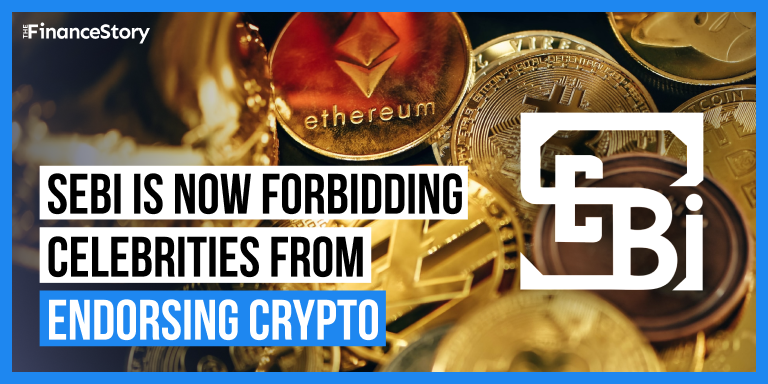 SEBI has dictated that no well-known public figures such as celebrities, athletes, or others, should promote cryptocurrency.

A centralised financial system sure has its advantages, as well as disadvantages. Traditional financial institutions or banks are getting over-regulated, and the paperwork for joining a bank is exhausting.

If people are unable to provide an endless number of documents or don’t have a certain amount of money required by the bank to open an account, they would be denied banking services.

That is why more and more people are turning to DeFi or decentralised finance. But without governance, even this won't survive.

The way FTX gambled away its customers’ money is of course illegal but it could have been avoided if they had good corporate governance and were regulated.

Crypto regulation needs to be stricter in every region and the government should be proactive about it.

Even though regulations around crypto are somewhat of a blur in a majority of countries, we are slowly getting there.

For instance, India has levied a 30% tax on all crypto investments and a 1% tax deduction at source (TDS) on crypto trades.

The U.S.A. announced a new guideline in 2022 that paved the way for further regulation. The new directive has handed power to existing market regulators such as the Securities and Exchange Commission (SEC) and the Commodity Futures Trading Commission (CFTC).

What the failure of FTX teaches us:

Yes, the crypto exchange giant has abused the trust, that customers put in them. As tragic as the situation has been, this would force the crypto community to rethink their choices regarding crypto investing and be more vigilant.

Ole sure was devastated but he said that it has motivated him to go further, & help the space grow.

Some basic principles that he’d be following and encourages others to do so are,

Do you think this entire situation would drastically change the opinion of crypto investors?