How this Chartered Accountant became the co-founder and CEO of Mindtree: journey of Rostow Ravanan

The co-founder of Mindtree reveals why his love for finance and using technology, as a transformation story, makes him curious to learn and deploy ideas

I was born in Chennai, but grew up in Bangalore "the Silicon Valley of India". I believe this is one of the reasons why my fascination with technology started in the first place.

When it was time to choose a professional course for further studies, I certainly considered Engineering and Medicine.

The biggest problem was that both of them required competitive entrance examinations to enter the course. I was not up for that.

I found out that the Chartered Accountancy (CA) course was easier to get in and all the pain is pushed towards the end of the course. So, I decided to go after that option.

Moreover, CA was a much more cost-effective course, especially because of its reasonable fee structure.

In the 1990s, after enrolling in the CA course, one could immediately register as an article clerk. And if you could join a good CA firm for your articles, the stipend would also be decent.

I was also looking for ways to earn something, so I asked myself, “Why not give this a try?”

Therefore, I enrolled myself in the CA course in 1991 and was fortunate enough to get into Price Waterhouse (PW, which subsequently merged with Coopers & Lybrand to form PwC) as an articled clerk.

Immediately after qualifying as a CA, I got an opportunity to work with KMPG. They were just starting out in India at that time.

The firm began verticalizing rapidly by then, and I was part of a group called ‘Corporate Finance’. There, I was responsible for advising clients on mergers and acquisitions (M&A) as well as corporate strategies, to name a few.

As an ardent technology enthusiast, I adopted technology wherever possible in my work.

I made most of my time at KPMG by using their resources to gain more knowledge.

Additionally, as an inquisitive person, I would also participate in internal office discussions to gain more understanding of different business aspects.

So yes, I would take the trouble to learn and absorb as much as possible. That is how I slowly became more proficient in technology as time went by.

A few years into my role at KPMG, I got a secondment to their New York office!

I was only 27-years-old at the time. I felt it was a once-in-a-lifetime opportunity so I decided to take it up.

Just when I was looking to move overseas, life took a turn.

I decided to leave the opportunity to work in the US and instead, I joined Lucent Technologies’ Bell Labs Product Realization Center which was just starting out in India.

At Lucent, I met Subroto Bagchi (co-founder of Mindtree). We worked together closely since we had many overlapping responsibilities.

After a few months of joining, we wrote a white paper for Lucent whose main argument was that ‘The war in the 21st century will be a war for talent more than a war for market share.'

Subroto explored this further, where he saw this enormous potential for software in the 21st century.

That was the biggest turning point not just for Subroto but for me as well.

After Subroto discovered the potential for software in that white paper, I suppose one day he woke up and asked himself, “If there is so much of opportunity in the tech industry, then why not take that opportunity and build something for ourselves instead of doing it for others?”

Soon, he reached out to me asking if I would be happy to join him in his venture.

Subroto is an immensely inspiring and endearing person.

I could see the passion in his eyes when he was talking about it. I did not even take a millisecond to say Yes!

Being an entrepreneur in the 90s was anything but simple. The word “startup” had not even gained any mindshare in India.

I was 28 and unmarried at that time. I clearly remember one of my aunts called my father saying, “Oh my God! Why is he doing this? How will he get married if he does not have a stable job?”

That was pretty much how everyone else in my family reacted.

Nonetheless, I was determined because of two major reasons. A strong team by my side consisting of Subroto, Krishnakumar, Ashok Soota, and others, and our vision to improve our society.

They were first-generation entrepreneurs, who built Infosys from scratch and took the company to a listing in the US.  They reached that milestone by sheer will and strong values. That inspired me to the core.

Thus, my journey with Mindtree started. 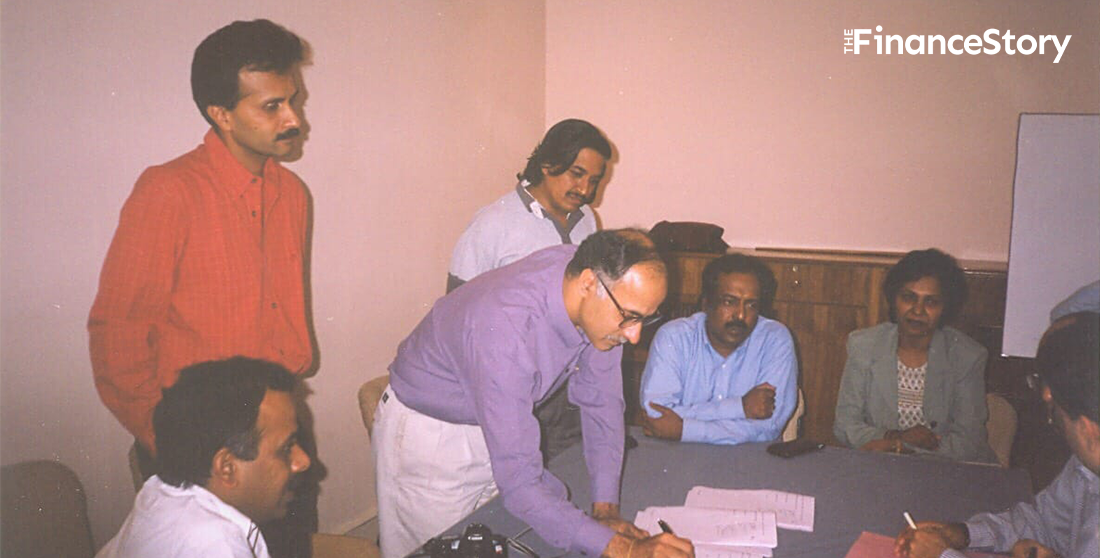 My role at Mindtree: Strategy to CFO to CEO

As surprising as it might sound, I never played a core finance role in any of my previous jobs.

My initial roles at Mindtree mostly revolved around consulting and strategy. But as luck would have it, the CFO at Mindtree quit unexpectedly just before we started preparing for our IPO.

Since I had the qualifications needed for this role, Mindtree decided to appoint me as the CFO in 2004.

I managed all the finance functions such as treasury, accounting, compliance, tax, and so forth.  But my strong focus on being a partner to the business has been the biggest contributor to my professional success.

During my stint as the CFO of Mindtree, we went public in 2007. We also acquired a lot of interesting companies that were aligned with our vision. We also faced a lot of challenges but we overcame all of them.

I also led Mindtree’s European operations and managed key accounts for a year.

In 2016, after a great run of 10 years, I transitioned from the role of CFO to the role of CEO, which was another great milestone for me.

In 2019 Mindtree was taken over by L&T and I stepped down from the position of CEO. 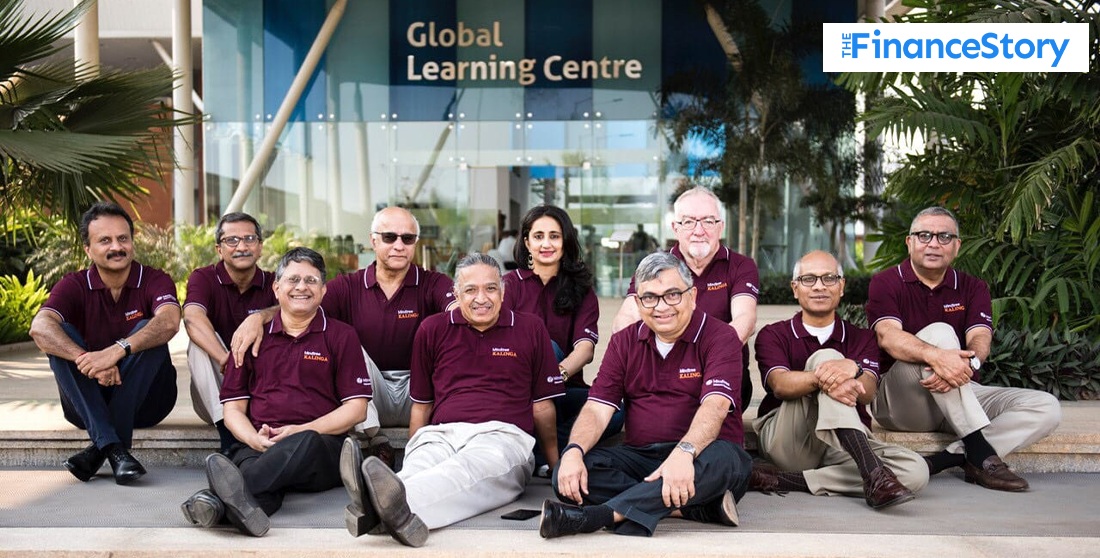 The initial days were exciting.

One of the earliest challenges was to align everyone towards common goals. This is where our shared values and common purpose held us together through thick and thin.

However the main challenge in the early days was external –  the dotcom crash in 2000 was the first, followed quickly by the 11 September 2001 terrorist attack.

We had our fair share of near-death experiences very early on.

Personally, I faced many failures and challenges. Let me illustrate this with an example. Soon after Mindtree went public, we had to declare loss in one quarter, because a hedge instrument went awry. As a CFO, I had to take the responsibility for it.

Just imagine, newly-minted company after IPO, declaring a loss purely because of the Finance function.

So, my advice to everyone is, to anticipate some things will fail but have a plan for recovery when it does.

And most importantly, do not become defensive, and blame something else, own up to your mistakes.

Starting up in early 40's, the story of CA Lakshman Gupta of Qapita -an ESOP and CapTable management platform

It was a great 20 years of my life – I created memories, helped the company grow from the ground up to reach the $1 billion revenue mark.

Sadly, that was the end of my journey with Mindtree.

But a question kept bothering me, “Can I prove myself once again by building another billion-dollar company from scratch?”

I just turned 50 a few months back and I have no plans of retiring anytime soon. There is still a long productive career ahead of me.

Instead of staying at home and doing something passively, I took the leap once again and established Alfahive – where we are building a Cyber risk management solution.

We are transforming the way businesses understand, measure, mitigate, and communicate cyber risks to their boards, employees, and partners.

I want to experience that same high of building a company from the ground up once again.

Should you take the risk and join a startup?

Do not only listen to all the great stories they tell you.

Just because many employees at Infosys or Wipro became millionaires through ESOPs does not mean it is the same in every startup.

There are lots of other companies, where ESOPs became less valuable than toilet paper.

So, when you see those startup success stories in newspapers and media, they are only the fortunate 5%.

Thus my advice to you is do not be afraid, but be very deliberate with the choice that you make when evaluating a job offer that is partly cash and partly ESOPs.

Then make the choice that is relevant for you.

Make detailed plans... but leave some room for luck

When we started Mindtree we always had the ambition to scale. We built systems and processes from the initial days to scale quickly. But the shape the company took and the size we grew into was different than our original plans.

For example, our offerings by year 5 were much broader than our original business plan. So, the reality diverged from the business plan we had prepared prior to setting up the company.

However, the soft factors like focus on values, commitment to being a socially responsible corporation, etc., remained the same.

We developed and refined the strategy with the help of customer feedback.

The lesson that I gathered from this experience is that we need to make detailed plans, but leave some room for luck to play its part too.