How this CA quit her job as a CFO, immigrated to Australia and started all over. Did it pay off? 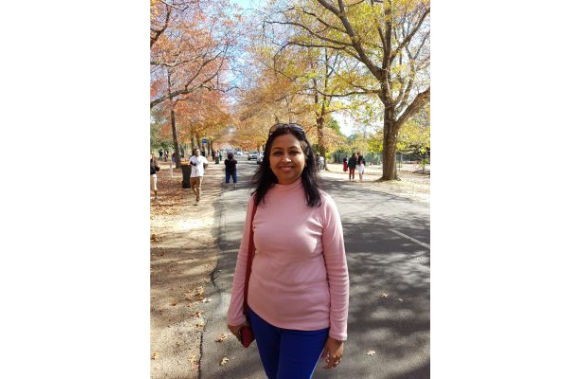 My Journey Becoming a Chartered Accountant

I completed my Chartered Accountancy (CA) from ICAI in 1995.

I was self-funding my studies since college by giving tuitions, so in a way, I was working much before I was supposed to!

I had a keen interest in accounting while graduating, hence CA was the logical step to pursue after graduating. It also paid better in the long term than a bookkeeping or secretarial job.

My CA journey was tough but I had a few close friends studying CA as well, which made it easier to share notes or study together.  The main hurdle I faced was clearing the Math paper, however, with all the efforts I did clear.

Dealing with failure: Talking about failing, yes I did fail once and I remember how difficult it was to study everything again, however - I kept telling myself that 6 months will not matter in the long run and that I had to continue and complete the course.

Looking back, it was a wise decision to complete the CA course as it opened up multiple avenues for me and it still does to date.

After qualifying as a Chartered Accountant I worked in Finance and then worked at a reputed Private Bank in India - ICICI Bank for 10 years as the Chief Financial Officer (CFO) for the SME Group before immigrating to Australia.

My choice to move to Australia was mainly dictated by what my family wanted.

So once we decided to immigrate to Australia we applied for our PR Visa.

The main difficulty of moving at a mature age with a grown-up son is adjusting to the work and social culture. It is also difficult to adjust to the cold weather especially for someone from Mumbai (India).

Another major factor is the absence of relatives and friends which makes it very lonely. One should be prepared to face these issues in the first 2 to 3 years to make the move worthwhile.

Applying for our Australian PR Visa

Why Did We Decide to Move to Melbourne in Australia

My choice of choosing Point Cook in Melbourne was mainly because we have had close friends living here for the last 13 years. Having their support when we just migrated really helped.

Another reason was, the accounting jobs are also concentrated in Melbourne and Sydney and hence the obvious choice. Brisbane too has opportunities for finance-related jobs

Point Cook is a suburb of Melbourne, Victoria, Australia, 29 km southwest of Melbourne's Central Business District (CBD). It is much cheaper compared to Sydney.

Places in the western suburbs like Point Cook and Werribee are rapidly growing and not very far from the city as compared to the Eastern and Northern suburbs.

The Indian population in and around Point Cook is sufficiently large and there are many Indian festivals celebrated in a big way here.

Commute to work: The train line is decent although the frequency can be improved and it takes around 35 mins by train to reach the office (which is in Melbourne CBD). Driving takes around 45mins to 1 hr at peak time. However, I commute by the Metro to my workplace which is near the station and that helps.

Students and young families without kids prefer to stay around the CBD as it saves on the commute time and there are sufficient activities and events happening around to keep one busy.

The flip side though of staying in proper CBD is to compromise on space - As one would pay the same rent for a 1-bedroom apartment in the city as compared to a 3-bedrooms independent house in the suburbs.

The initial process of renting a house in Australia was difficult as we did not have a credit history in Australia. We were lucky to have our friends help out with their references to the real estate agents.

However, for those of you who have no friends, you can do this - There are options where one can sub-let houses or share with other couples who are looking to rent a room.

Alternately, it is pure negotiation with the agents and the amount of deposit that I can put down on the house. The norm is 1 month but with no credit history, the agent may demand up to 6 months deposit to be placed.

You can check out the following:

Finding a job opportunity in Australia

After settling in Melbourne, it was time to find a job opportunity.

Most of the companies in Australia DO NOT HIRE without a Permanent Resident (PR). So I had to get my PR before applying for jobs in Australia.

It was a struggle of about 6 months to land the job which was a difficult period as I had left a secure and comfortable job (at ICICI Bank, Mumbai) to move to Australia and start all over again. I got my break in NAB only after moving to Australia.

Although I knew that it would be tough to get a job at the same level as back in India, I still expected interview calls. It did get frustrating initially when I received no calls for any.

Networking is very important and I can say from experience that Linkedin plays a big role with recruiters out here.

Seek.com.au is one of the big job sites here but there are consultants who have their sites like Michael Page, Robert Half, and Hays which recruit accounting people in a big way.

Other banks where one could apply: Commonwealth Bank, Westpac, and ANZ are the other Big 4 bank along with NAB. Besides, other banks like the Bank of Melbourne, Bankwest, Medibank, Bendigo Bank.

How we transferred our household items to Australia:

Upon successful completion of both the subjects, you will automatically advance to CPA status. You will receive a CPA certificate and will then be eligible to use the CPA designation.

Since I am a CA from India and decided to clear CPA only after moving to Australia (as CPA holds a higher value than the Indian degree) I had to give just 2 subjects.

There is a mutual agreement between the Institute of Chartered Accountants of India (ICAI) and CPA Australia whereby only two additional subjects are to be attempted and cleared within 2 years of the date of your admission as an Associate member.

Have you considered immigrating to Australia? Or would you ever quit your job as a CFO and move to a new country.