This Auditor Has Traveled To 50 Different Countries While Working Full Time (And How You Can Too!) 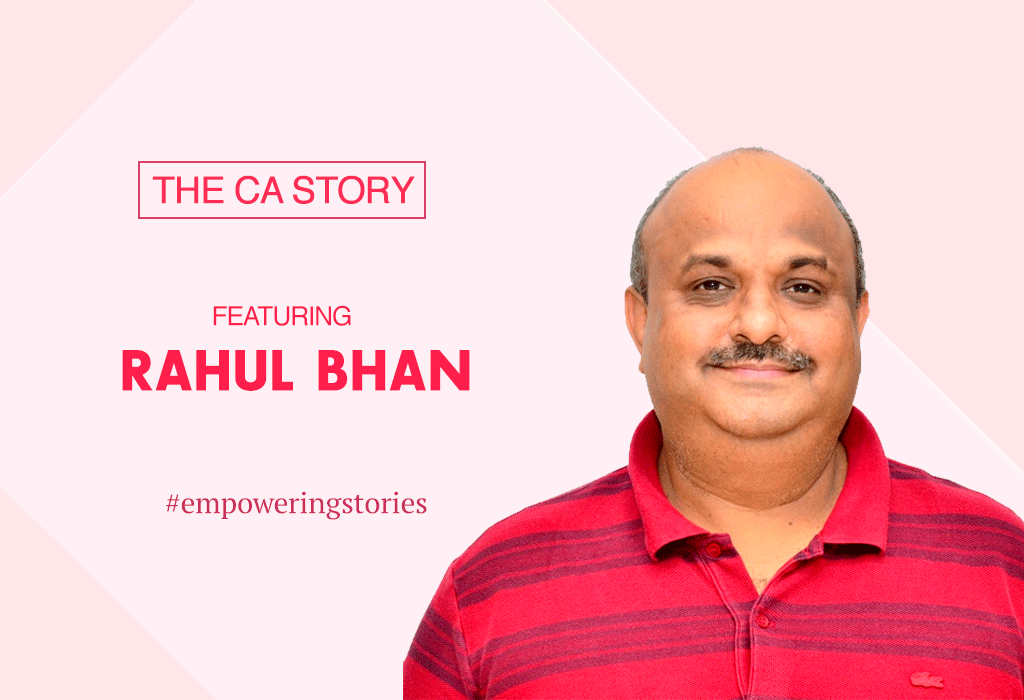 I was an average student who had lots of interest in sports but still managed to do well in studies. I had been a state-level player of Table Tennis as well.

The decision was based on the praise which my uncle got from my relatives after qualifying as a Chartered Accountant. At that time, I had no clue of the various subjects in CA...but I was sure Chartered Accountancy is what I will pursue.

After completing my schooling, I opted for Commerce. (In the early ’90s, you could enroll for the CA course from ICAI (The Institute of Chartered Accountants of India) only after graduation.)

So, I did my Bachelor's in Commerce, scored 78% in my final year B.Com, securing the 2nd rank in the University rank (yes, those days 78 % could get you a rank!) and immediately enrolled for the CA course.

And here started my CA journey.

Luckily because of my University rank, I got selected A.F. Ferguson and Co., New Delhi (India) to do my articles. (Back then this firm was considered as the best Indian CA firm.)

Working at AFF between 1990-93 was the best period of my life...this was the time when I was exposed to some of the best corporates in India and abroad.

But my CA journey had lots of challenges too. I had passed my Intermediate Exams in the 1st attempt...but the CA Final Exams tested my intelligence and patience!

I had failed my CA Final Exams twice before finally clearing in July'95.

In spite of the several failures...becoming a Chartered Accountant was quite a milestone!

Now I was a Qualified Chartered Accountant but the troubles were not over yet...as the next big task was 'to get a good job'.

July - Sept'95. I spent 3 months searching for job opportunities and appearing for interviews.

Since I loved travelling and exploring the world, I was very keen on finding an opportunity out of India. It was not easy, there were days where I wondered will opportunities like that come my way...but I DID NOT GIVE UP.

Eventually, my persistence paid off and I got an opportunity in the Audit team of KPMG, Abu Dhabi.

Jan'99. Moving further, a few years later...I got a job opportunity in Johannesburg South Africa with PKF as an Audit Manager. This was my first real exposure outside India; as in Abu Dhabi, my interaction was confined mainly to Indians and Arabs.

I was all excited as well as nervous as South Africa had been famous for apartheid and as an Indian working there in a white Jewish company, I did have some challenges. But the opportunities and exposure that I got were amazing.

What Next? Deciding to Study Further MBA or CPA?

When working in different countries my CA degree from India was questioned...comparisons were made between CA, ICAI and other international qualifications like CPA (AIPCA), etc.

I soon realized the importance of having a ‘Foreign Degree’ when working outside of India and so I decided to pursue the same.

Now again pursuing CPA (US) would have undermined my Indian CA qualification and hence I decided to go for an MBA.

Also in various interviews during 95-99, I faced a typical question – "Why should a company hire a Chartered Accountant instead of an MBA?" I believe back then MBA vs CA war was a pet subject of many.

2000-01. After a good GMAT score, I was selected for an MBA at Nyenrode University, Netherlands. We were 40 students belonging to 19 different countries. It was a lot of learning and great exposure. In fact, my international exposure and understanding of cultures started picking up from Europe after pursuing an MBA.

During my MBA, I did my internship with Canon (Netherlands) where I had an opportunity to be trained in Prince 2 Methodology of Project Management in London, United Kingdom.

Post my MBA I joined Deloitte, Amsterdam as a Junior Manager in Audit. Later, I had taken jobs with a Turkish Bank in Amsterdam, Moore Stephens and Ernst & Young in Kuwait.

All these were external audit positions except for the bank where they hired me as an internal auditor.

In 2006, my colleague in Kuwait borrowed my credit card to buy books for the CIA exam. Just out of curiosity, I had a look at the CIA website and tried a sample question paper scoring 55% marks, the passing marks being 75%. Then I realized that by studying a little more I could be a qualified CIA.

Without much effort and unlike CA Final struggle, I cleared my CIA exams in the first attempt.

I encourage professionals in the Auditing field to pursue CIA especially if you are looking at working in different countries.

We all have those moments where we feel that we must try and venture out on our own..the same happened to me. I wanted to become an 'Entrepreneur'.

In 2010, I quit my job and returned to India to start my own company. I was a co-founder along with another experienced Chartered Accountant Manoj Jain at Riskpro India.

Working with Riskpro helped me to create a big network, in fact in 2012, LinkedIn declared my profile as one of the highest viewed profiles. However, things were not going well for me.

Oct'13. Facing financial challenges, I switched once again to a full-time job and joined a leading company in India. It was in the steel industry.

Jan'16. After a few years as the steel industry was facing a lot of challenges, I decided to look for another job opportunity. I joined the shared audit service of Asian CGIAR centers based in Sri Lanka. My current profile involves conducting internal audits in various countries for different organizations.

My profession as an Auditor has taken me places (literally!). Every day is a new day.  My mantra has always been - Work hard as there is no substitute for hard work and find passion in your work as this will keep you going.

I also encourage professionals to 'take well-calculated risks' as the returns can be much higher if things work out and if they do not the learning curve is amazing.

When I first started out, many senior professional CA’s advised me that if I moved out of India I would forget Indian Laws and later finding a job in India would be a challenge...however, the outcome was quite the opposite.

Due to my international exposure, I can understand the logic of laws and also compare the same in different countries. Today, I can perform my audit in so many countries because of this quality.

Have you traveled as an Auditor to different countries or cities? If yes, which places?

Has traveling helped you grow as a person?

Would you advise others to pursue CPA / CA degree if traveling is one of their goals?

I’d love to hear you’re your wonderful thoughts. Drop your views in the comment section below.

You can connect with me on LinkedIn at Rahul Bhan.