After a 10 year corporate career break, this CA joined Udrive, a UAE based car sharing startup as its CFO. Encourages women to join startups.

Rejecting established companies for a startup: CFO of UAE-based startup explains how it helped her regain confidence after a career break 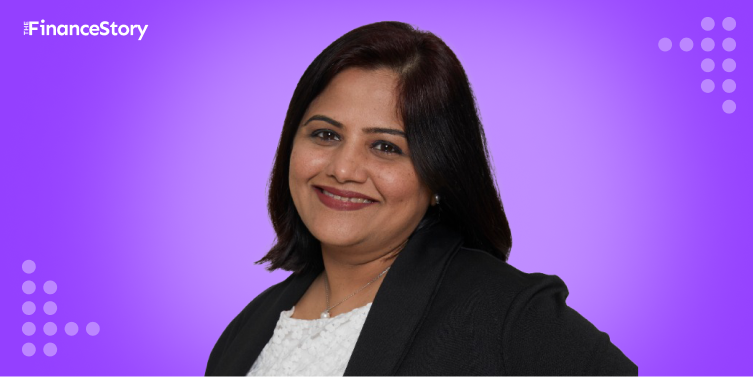 “Oh, I am so sorry that you have three daughters. You must have so much burden.”

We are three sisters, and people used to say that to our parents a lot.

The only thing that I wanted was to change this archaic perspective of those people, and pursuing a high-quality professional course was the only way.

Coming from a family of business professionals, I thought about doing an MBA. But we were not that affluent and we all know how expensive MBA programs can be.

Most of my friends were planning to do Chartered Accountancy from The Institute of Chartered Accountants of India (ICAI). Honestly, that was the only cost-effective and valued professional qualification I could afford and that is the reason why I chose CA.

In 2003, I qualified as a Chartered Accountant… which laid the foundation for a bright future.

I got my first big break with Coca-Cola as a Regional Financial Analyst in Bangalore, India. I served there for about a year before moving to Sonata Software, a Global IT Services company.

I was making pretty good strides as a Business Consultant, over there. I got to work in Germany and with my counterparts in the US. Then my husband, who is also a chartered accountant, got an opportunity to work in Dubai.

It seemed like a great way to gain some international exposure, so we both said, “Why not? Let's try.”

Luckily in a matter of 15 days, I was offered an opportunity with Food Specialities Limited as a Chief Accountant.

I did a pretty good job over there and in a matter of six months, I was promoted to Group Finance Manager.

Stepping out of our comfort zone does pay off. 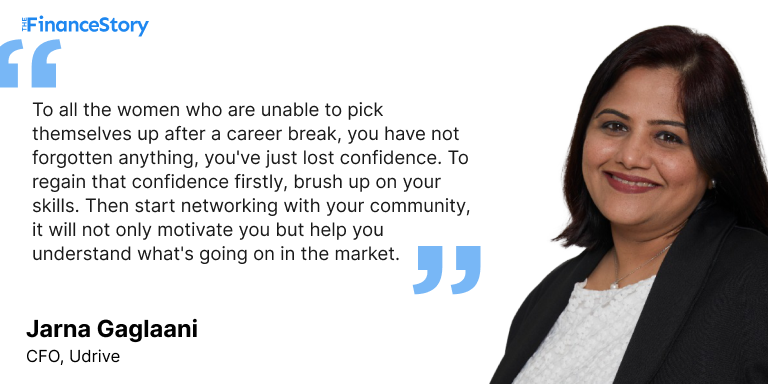 Women should pick themselves up after career break

Unexpected exit from the corporate world

While my career was growing pretty well in Dubai, on the personal front, I was struggling to have a child and had to undergo some treatments. For that traveling to India, every now and then was necessary.

Unfortunately, the opportunity to work from home was not a thing at that time.

So yes, I had to choose between having a baby and having a career, which I was enjoying a lot.

In spite of being a very ambitious professional, I followed my heart and focused on having a child.

There were some struggles, but when my angel arrived, it was so worth it.

The joy of motherhood was one of the most precious experiences for me, but at the same time, I was finding it difficult to give up working and be a full-time stay-at-home mom.

I was good at consultancy so I started doing these ERP implementation projects and started interacting with the finance domain again.

When I think of it now, taking up consulting roles as a freelancer kept me motivated and I was able to put my CA qualification and experience to good use. It was one of my best decisions.

Joining a Startup as a CFO… after a 10-year gap

For almost 10 years, I worked as a consultant on smaller projects and kept myself busy.

However, after a point, I had this desire to join the corporate world and get back to building a career.

Negative thoughts ran around my mind, “Maybe I will never be able to go back to the same level of professionalism again.”

With some push and positive self-talk, I decided to start sending my CV around and attend interviews.

I got a call from Udrive– a car-sharing startup based in Dubai. This was in 2018.

It was a one-year-old startup back then.

I had no idea what it was all about, or what their revenues or business model were.

But the moment I stepped foot in the office for the interview, I knew this was the place that I want to be a part of.

Living in the UAE, I know how difficult it is to own a car, especially after the recession and all. Udrive is actually disrupting the typical rent-a-car industry.

I loved their idea.

I didn’t hear from the CEO for almost one month. I later got to know that they were busy raising their funds.

In the meanwhile, I was getting interview calls from several big companies, but I kept on rejecting them.

Because I knew in my guts that if I wanted to regain that lost confidence, Udrive was the place.

And the day finally arrived when I got a call from the CEO. I was selected as their CFO.

Learning, unlearning, and relearning in a start-up

When I joined Udrive, it was a rollercoaster of a ride.

First of all, I had never maintained books of accounts in Excel, nor had I taken care of accounting entries, in any of my former organisations. But here I had to put that knowledge to use.

I had to set up the accounting department from scratch.

Moreover, Udrive was raising funds, which means there was a lot of work related to financial modeling.

Of course, I had done financial modeling in my career before but it was nothing compared to what I did in Udrive. We had ongoing due diligence audits all the time.

From calculating the valuation of a company, and creating a cap table, to talking and pitching to investors, I learned all of their practical aspects here.

And just like that, I transitioned from a finance person to a business person.

I started talking about marketing, acquiring customers, cost of acquisition, and churn rate, basically I learned the lingo of business in this company. 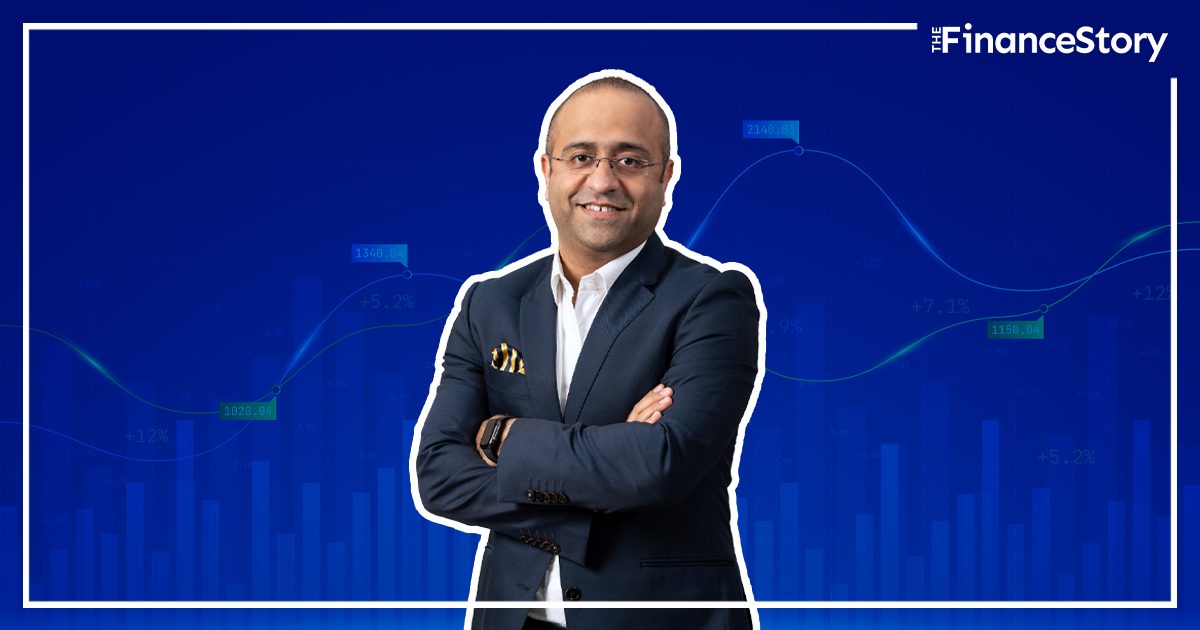 From Citibank to UAE-based startup Postpay as a CFO – how Varun Gehani made a bold switch to ride the fintech wave. Should you?

Should you consider joining a startup?

To be honest, Udrive was not my long-term plan.

Initially, I wanted to join them as a consultant, put the right things in the right place, and explore the job market before moving to a well-established company.

But as time went by I started involving myself with the company and became a crucial part of it.

Most importantly I learned how to negotiate and think out of the box. And one of the key people who guided me was our current CEO of Udrive, Nic Watson. If I feel some idea is outrageous, he says, why not? Maybe we will succeed, maybe we will fail, but you shouldn’t be scared of failure.

To answer the question, I know that joining a startup is risky, but have we not seen a number of well-established companies going out of business overnight?

From a career perspective, I don't see any harm in joining a startup.

I believe you should join a company for the leader, and only if you connect with the mission and vision of the company.

You cannot generalize about start-ups. It all depends on the management style.

I would go so far as to say that the things you are going to learn in six months at a startup, will be a lot more than what you would’ve learned in 5 to 10 years in an established company.

Therefore I would tell all the finance people to be confident of the value they can add to startups.

Most of the time what entrepreneurs fail to understand is that finance people are not just accountants or bookkeepers!

Finance people can interpret data and provide valuable insights. They are not just about your typical Profit & Loss and balance sheet, they go way beyond that.

I think the day the management, founders, or VCs understand this, they would all realize the value we can bring into decision-making.

Returning to work after a career break? Don’t doubt yourself!

The sad thing is, that many women are unable to pick themselves up and go out there again, after taking a career break.

You have not forgotten anything, it's just that you've lost confidence.

So the first thing I would suggest is you brush up on your skills so that you have a say in any topic that comes up in an interview or the meeting room.

The second piece of advice I would give to you is, 'start networking with your community'. If you are a chartered accountant then connect with finance professionals, it will motivate you, make you learn new things, and help you understand what's going on in the market.

We have an amazing team of women chartered accountants in the UAE, that I, fortunately, became a part of. I could draw so much inspiration from them.

And most importantly, choose the right organization. Back in the 2010s when I worked in corporate, I could not talk to two people with confidence. But when I joined Udrive, they pushed me to think outside the box and meet new people. The team and the founders encouraged me.

These three things would really help you bounce back.

Today a lot of things have changed, the corporates have become more considerate of the requirements of working women, so you don’t have to worry about the things which I had to in those days.

I did compromise on my salary at first but it was necessary to build my career from the ground up again.

In two years, I proved that I'm worth no less than any of my male colleagues or anyone else you bring from outside. So I then got the remuneration that I deserved.

Do not get stuck on the compensation part, slowly but surely you will get the right salary.