CA Amarjit Chopra on starting a practice in the 70’s, scams where Big 4s are the auditors and importance of ethics

Why do these scams keep happening where Big 4s are the auditors? CA Amarjit Chopra talks about starting his practice in the 70s, and why ethics is important in practice for the growth of our nation.

When CA Amarjit Chopra started his practice in the 1970s there was no one to guide him, and there were only a few areas of practice that CAs could latch onto.

The Finance Story caught up with Dr. Amarjit Chopra, to understand how opportunities for practising CAs have evolved and why they need to prioritize ethics.

Excerpts from the interview:

Why did you opt for Chartered Accountancy since you were born into a family of engineers?

There’s no doubt that I was trying to pursue engineering, as both my elder brothers are engineers.

But as luck would have it, in class 11 I couldn't score what was required to pursue the engineering course, so I had to opt for nothing else but commerce.

Luckily commerce suited me more and I did well in B.Com (Hons). Then one of my two sisters wanted me to be a Chartered Accountant when I did my B. Com.

Frankly speaking, I thought she was trying to drive me into a corner because at that time the passing percentage of the CA students was hardly 3 to 4%.

But ultimately her insistence has proven to be a blessing in disguise. Together with my CA I also pursued M.Com from Delhi university. Recently I have done my Doctorate in banking.

All this strengthens my belief in destiny. However, I would hasten to say that there is no substitute for hard work, sincerity, dedication and discipline in following your dreams.

How did you decide on starting your practice? How was your journey growing your firm?

In those days Chartered Accountants could undertake either employment or practice. Not many other avenues existed at that time.

In employment, it was more accounting oriented. In practice, there were only two options, taxation and audit. I even worked as a lecturer in an evening college at Delhi University and continued there for a good number of years.

As I was doing my CA, I met Mr. Surendar K Jain, a classmate of my Mentor Surjit Chopra.

One thing led to another and Surendar Jain and I came together to build a CA firm in 1975. (Mr. Jain was a partner for 32 years, but we had to part ways due to some personal reasons. I have very fond memories of those partnership years.)

I initially started with taxation. I enjoyed taxation a lot and was very good at it.

A few of the cases which I contested at the Tribunal level were quoted in a magazine called ‘Taxation’. However, after having dealt with the Income Tax Department for a few years I realised that tax practice was not my cup of tea as merit was not the dominant criterion to survive there.

Like any other young professional, I had a dream to contribute to society more objectively and fairly.

Having not been able to resolve the dilemma I switched over to Audit practice in 1982 and have stuck to that to date.

Partner at a 75-year-old accounting firm in India says the biggest challenge is finding top talent. Here’s what you need to know.

What were the challenges of starting your practice in the 1970s’?

We had a humble beginning.

Till the mid-1980s there were hardly many opportunities besides accounting, auditing and tax practice.

But post-1992, after the opening up of the economy, opportunities started increasing for CAs.

Today the banking sector has opened up beautifully to create new opportunities for CAs.

But in the 70s we hardly had any opportunities in the banking and insurance sectors.

On top of that, there was no internet, or social media to get guidance. There was no guidance from The Institute of Chartered Accountants of India (ICAI) that we could seek like we can do today.

As I said earlier that I believe it’s all destiny. But there’s no doubt that we worked really hard and were committed.

I can tell you that there was no Sunday, 15th August, or 26th January (holidays) for us. Even after getting married, I virtually had no time to enjoy that particular period.

Still, we struggled quite a bit for 15 years or more. But the interesting part is that even during the struggle period I enjoyed the profession and never felt tired.

India is yet to have a large Accounting firm like EY, PwC, and the like. Do you think Indian firms should aspire to be like one of the Big 4 firms?

We had a president at ICAI, the late S P Chhajed whom I hold in great esteem. He had his own views about the Big 4; particularly the way they conduct themselves. We are in a profession and the day it is conducted more as a business rather than a profession, it would not augur well.

Rather than going merely by the size alone, I sincerely wish and dream that before I bid goodbye to the world, India shall have decent-sized, technology-savvy, multi-disciplinary firms more importantly ethical in their conduct.

Such firms besides serving the clients shall also serve the interests of various stakeholders.

Also, the arrangements that these firms may have would be transparent with no surrogate practices. 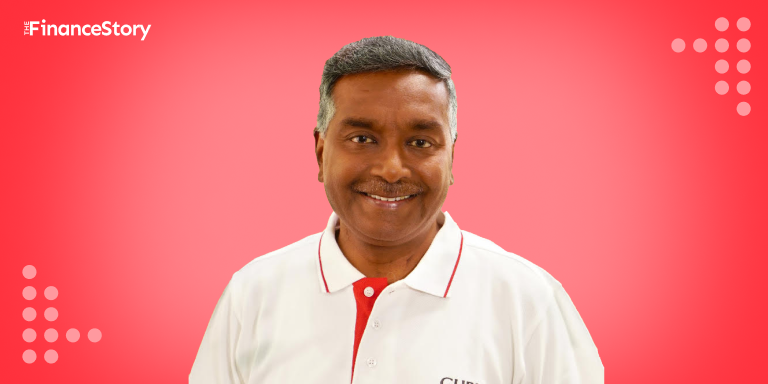 Why haven't India built its own Big 4 firms yet? A question that Mr. Guru Prasad, founder of Guru & Jana Chartered Accountants, has been asking. His firm has a team size of over 500 people.

In your opinion, has the audit quality of Big 4 not been up to public expectations?

In the last decade or so a large number of scandals have come to light wherein various stakeholders, including employees have suffered hugely.

Analysis of these scandals clearly reveals that these were not cases of business failures. Rather these scandals have a lot to do with creative accounting and bad corporate governance.

Internationally one may speak of Enron, Wirecard, Parmalat, World com, Xerox, Lehman Bros, and so on.

To my mind, in none of these cases business failures caused the collapse of these organisations.

Obviously, the next question is who were the auditors in these organisations.

Barring in one or two of such cases the auditors were one or more of the Big 4s.

Promotors, Shareholders, Management, and Directors including independent directors, Regulators and Auditors are pillars of corporate governance.

Sadly all the pillars of corporate governance have failed in the various cases involving scams.

To me along with the size and technical competence, the greater emphasis needs to be on ethical practices, particularly the independence of the auditor.

How do you think ICAI needs to evolve since you have played an active role at the institute and have served as its President?

It may not be correct to presume that ICAI has not been evolving. There could be valid questions with regard to the pace of such evolution.

There is a far greater emphasis on information technology than we used to have earlier. Audit Maturity Models are going to be the order of the day.

Similar training programmes are being organised for direct taxes also.

It is a well-known fact that ICAI in coordination with National Advisory Committee on Accounting Standards (NACAS) was responsible for the implementation of Ind As (Standards equivalent to IFRS) in the country.

ICAI during the last 15 years has been entering into Mutual Recognition Agreements with various other Institutes abroad.

Our representation on the Board and Committees of IFAC, SAFA, CAPA and other international bodies has improved tremendously and our voice is being heard more than ever before.

But yes there is always scope for improvement and we must continue to strive for it, particularly in the matters of ensuring the implementation of various accounting, auditing and ethical standards.

There is a need to avoid populist measures and take certain stern measures.

What advice would you give to Chartered Accountants who want to start their practice? How should they decide on a specialization of practice, or partners?

My advice to youngsters who wish to start their practice is to start with a job in a professional firm and besides gaining technical experience, learn the art of handling the client.

In my opinion articleship in the present form doesn't prepare you for starting your practice right after qualification.

The practical exposure you get while working at a firm as a chartered accountant, is altogether different. And during these two to three years of experience in the job, they may also be able to decide about the area of specialization they would like to go in for.

Then once they have acquired that particular experience they can walk out and start their own practice. Alternatively, the firm may offer them a partnership.

In case one wishes to start one’s own practice my advice would be to get into a partnership with like-minded CAs and treat the partnership as matrimony and treat divorce (breaking up the partnership) as a matter of last resort. Exploit each other’s strengths in partnership.

Be sincere, transparent, objective and committed in partnership. To me, that is the core principle of success.