Venture Capital space can be hard to break into: How this CA became part of the investment team at a VC firm.

Venture Capital is one of the most dynamic spaces to work in. See what path this chartered accountant followed to get into the VC space and became the VP at a VC firm that has a fund size of $214 mn

Figuring out what I wanted wasn’t easy

Way back in 2011-2012, I remember people used to say “If you are studying in the commerce stream you have to do CA. Otherwise, what are you getting toward?”

I was quite naïve and said, “I might as well pursue CA and see where it will take me.”

I applied to a Big 4 for my articles but did not get selected. However, I had an offer from BDO to join their transaction advisory department. In 2013, this department had just started out and I was the fourth intern to join their team.

Here I got to learn how to value a company, how to do due diligence on a company, and also advised entities on tax-related queries and so on. Great role with super learnings.

But “What happens after I qualify as a CA?”  I was still trying to figure out that path.

One thing I knew for sure, I wanted to pursue hardcore finance.

I had mentors and friends around me who suggested I go for the CFA course. It resonated more with my future objectives.

The period between 2014-2016 was an interesting yet chaotic phase of my life. I was doing my CFA, CA, and Bachelor’s of Commerce at the same time, hoping that one of them would work out.

Investment Banking seemed like the right choice...at least I thought so!

I got introduced to investment banking for the first time during my CFA program.

People used to say, ‘Wow! He is an investment banker; he must make a lot of money.’ That really influenced me to pursue the ‘cool’ career path, as they say.

I started watching a lot of content on IB, read articles, and came to the conclusion that this might be my calling.

There was an opportunity in Investment Banking with Yes Bank. Initially, they were looking for someone who could make a beautiful presentation, and or pitch deck…I was good at this and got selected.

I realized that working with startups really excited me. I wanted to do something that revolved around startups.

In 2016, the word “startups” was not as prominent, as it is today. Regular folks were not interested in applying for a job at a startup or did not even consider investing in one.

But it had become popular in the US by then. I sort of predicted that the trend would soon catch up to India, so why not be a part of the startup ecosystem from the early days of my career? 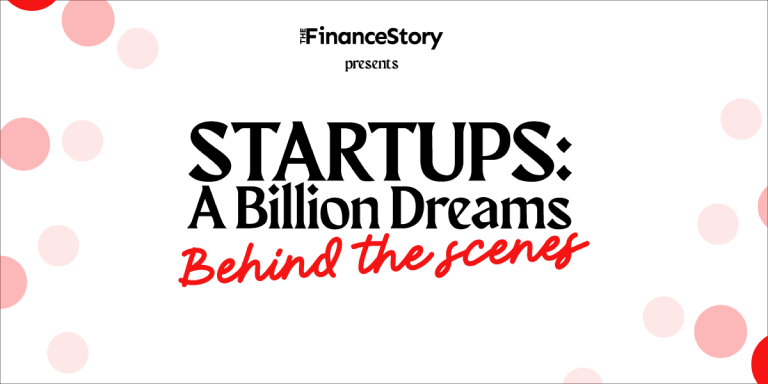 Get insights into the world of startups and behind the scenes of building startups, from founders, CFOs of startups, VCs.

Breaking into Venture Capital... As an intern

In 2017, I was offered an internship at a private equity fund, named Carpediem Capital Partners - a domestic early-to-mid market PE fund, focused on early-stage investing across consumer-tech and B2B managed services.

My family and friends thought it was foolish of me to get out of the IB role for an internship opportunity. They tried to talk me out of it “Why would you do that? You’re a CA, CFA, you’re getting an investment banking role at a well-recognized bank so go ahead with that.’

But I didn’t differ from my goal and that’s how my journey in the Venture Capital and Private Equity space started.

I was with Carpediem for 4 years where I grew from an Intern to an Analyst and Associate (was a part of the core investment team).

I then moved to FOSUN RZ Capital (a leading global VC fund with an AUM of $1.3B) as an Investment Manager. Here I was part of the core investment team and was instrumental in managing 6 companies and successfully exiting 2 companies with generating stellar returns equivalent to the fund's total deployment in startups in India.

In 2022, I moved to IvyCap Ventures, a $500M AUM fund as Vice President, investing across sectors in India.

That one decision of taking an internship and going for what I believed in paid off!

Key aspects VCs look at while investing in startups

The way I look at investment has drastically changed from how it was in 2016.

I think there is a set guideline that all the VCs follow when it comes to investing in startups.

The founder: The first and foremost step is knowing what kind of founders you are backing, after all, they are the soul of the startup right?

Because many times VCs bet on the founder, despite the idea not being profitable at that time. They do so because they believe in the founder’s ability to overcome challenges and earning them profits.

Startup ecosystem: It is also important to research the landscape of the industry that you are going to invest in, through the startup. It’s preferable to be in the know of what has already happened in other larger ecosystems like the U.S. and China.

Also just because an idea has worked well in the US or China, doesn’t mean it’ll be relevant in the Indian ecosystem.

TAM: The way we VCs look at businesses has surely evolved but TAM (or the Total Addressable Market) of a startup is something that a VC cannot disregard.

What is the startup’s unit economics, do they really make sense, and how sustainable is the product or service? These are non-negotiable for VCs like us.

Timing: People say that first-mover advantage matters. However, if you look at the e-commerce space, Flipkart came into the scene much later and was able to make it big. That’s why I would say that there are a lot of other factors that determine a startup’s future. 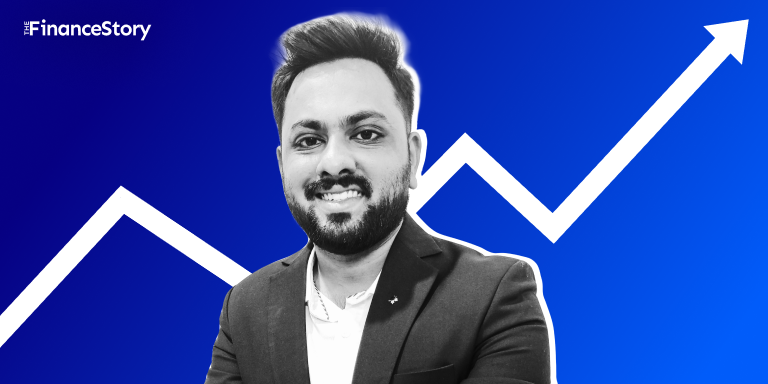 Vipul, a Chartered Accountant with strong business acumen says that CAs are more than just experts in tax or audit. He is a Resident Entrepreneur at Antler, a Global VC firm $300 million fund size.

When we invest in a startup, the fundamental objective is to have a business, to create a product, or provide a service.

So it’s important to understand that you are trying to solve a problem in the market and create a sustainable business.

Because of this you must have business acumen, and understand what the customers need. After all a coder will not code something on his own.

That is why I wouldn’t discount the nontech founders, but would say that it’s completely fine as long as you know what you have to build in the form of a startup, and what you want to achieve from that.

I mean look at Infra.market’s cofounder Souvik Sengupta, or MakeMyTrip’s founder Rajesh Magow; both of them are CAs without a tech background.

MakeMyTrip is one of the unicorns of India.

In conclusion, both the knowledge of technology and business are required I would say.

People often think and I’ve also heard that the venture capital and startup space is all roses and sunshine. And I agree that it’s one of the most dynamic spaces to work in. But trust me it’s not as easy as it looks.

Especially the VC space is a career investment in itself, where you have to put in years of hard work to get something valuable out of it.

It’s about learning how to research, how to do diligence on a company, investigating the numbers, managing the portfolio company, understanding how a business can grow, etc.

These are not some skill sets that you acquire in one day.

First, you have to either be a part of a startup or learn how to raise funds for a startup, and then you’ll understand what it’s all about.

So if you want to become rich quickly then VC may not be the right path for you.

Then comes the startup space.

Today most millennials and Gen Z think “ How much money am I going to make in 10 years if I join a startup or start one?” They don’t really value the learnings they are going to gain from working in the startup.

Again if you are joining a startup only to become a millionaire through ESOPs or Employee stock options, then sorry to burst your bubble but not every startup is going to be the next Zomato or Flipkart.

Still, if you want to join a startup, then I would totally encourage it. It’s a different kind of journey that you are going to embark on.

But before that ask yourself whether you believe in the founder’s vision and are willing to help the startup scale.