FTX auditors did not see the issue in the financial statements? A Forensic Expert breaks this down for us.

FTX, the 3rd largest crypto exchange reportedly lent over half of its customer funds to Alameda Research and blew it on risky bets. Why didn’t the auditors see the issue in the financial statements?

From the day ‘FTX’, the third largest crypto exchange in the world filed for bankruptcy, the crypto industry has not been able to sit still.

Many people are even saying that the FTX failure is worse than the Enron case.

Prager Metis CPAs LLC and Armanino LLP, performed audits on FTX and FTX.US for the fiscal year 2021, but why couldn't they see the red flag?

What happened with FTX and what caused its downfall?

Co-founder of FTX, Sam Bankman-Fried (popularly called SBF) is a sharp boy with an acumen for spotting opportunities.

He started a company called Alameda Research to gain out of arbitrage. SBF figured out that cryptocurrency prices differ in various countries for the same pair. So he started arbitrage trading in different countries in multiple pairs.

He also started raising money from multiple investors, giving 15% fixed returns annually because arbitrage trading is considered a mechanism to earn money without any market risk.

To handle large trading volumes, FTX exchange was demerged from Alameda Research and investors like Binance. There is the allegation that SBF started a crypto exchange to use depositors' funds to trade in the cryptocurrency market, and in the end, lost his fortunes to trading mistakes.

At one-point FTX exchange was valued at 32 billion dollars.

FTX reportedly lent over half of its customer funds (approx. 10 billion USD) to Alameda, which then used them to bet on other cryptocurrencies, where it incurred losses.

Caroline Ellison, CEO of Alameda Research revealed in an old interview, that the firm never used the stop-loss mechanism and was overconfident about their trades. They did not close any trade even if there were huge losses.

Alameda also used this money to help out other crypto firms struggling to weather an overall downturn in the market.

The real problem started when a media company CoinDesk accessed the financial statements of Alameda Research and figured out that the biggest asset of the company was FTT, a native token of FTX Exchange. Alameda was huge but their assets were parked in the tokens created by their own sister concern.

After this article was published, Binance Co-founder and CEO Changpeng Zhao ("CZ") tweeted that Binance is selling their 500 Million USD worth of FTT coins.

As this news got out, most coin holders start selling their coins worth an estimated 5 billion USD, creating a liquidity crunch for the FTX exchange.

To overcome this, SBF approached CZ and it was announced that Binance was acquiring the FTX exchange.

During its corporate due diligence, Binance found huge gaps in the FTX books of accounts. At least a sum of billion USD was missing from the funds, these numbers widened later. The next day, the exchange declared that it opted out of the FTX acquisition. This caused investigations from various regulators. 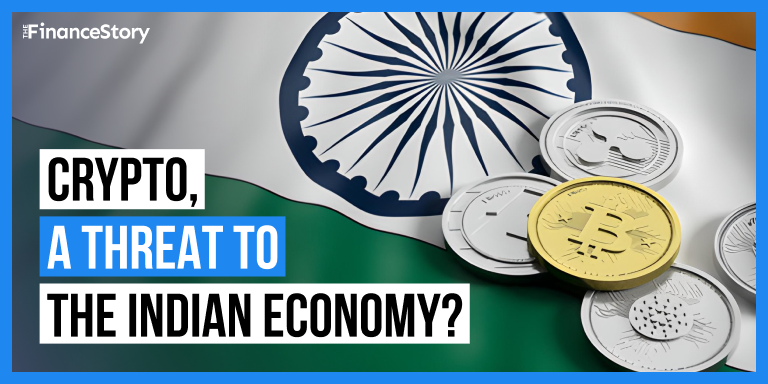 Cryptocurrencies are a potential threat to the nation’s financial stability. Crypto can replace the rupee in both domestic and cross border financial transactions.

Why couldn't auditors figure out the inconsistency in FTX's financial statements?

Prager Metis CPAs LLC and San Ramon Armanino LLP, which performed audits on FTX and FTX.US for fiscal 2021 could not identify the loophole in financial statements. The reason was that there was nothing wrong arithmetically and accounting rules for digital assets are not yet matured.

The financial statements of the company are not available to the public hence it is difficult to state whether the auditors actually figured out anything.

Audit firm having HQ in the metaverse, twitter buzzing with crypto-related tweets indicate that there was some kind of a rush to be the first mover in the crypto world.

Auditors also mentioned, “Happy to Support FTX.US" and "Looking forward to our Next Adventure Together", which shows that the concept of independence was probably compromised.

The second reason why I feel the auditors missed out on this discrepancy is purely technical. Because customer assets are an off-balance sheet item, it is quite likely that it was not reported on FTX’s financial statements and was out of the scope of auditors.

It is a suspicious aspect, as we have witnessed the failure of Enron due to the off-balance sheet transactions before. Any auditor who has heard the Enron case should take due care while auditing for such companies.

Secondly, it is quite unlikely to presume that the auditors were not aware of the relationship between FTX and Alameda Research.

In such cases how auditors treated the related party transactions is a real question. It was an important aspect of the audit considering the fact that the balance sheets of Alameda were not audited.

The audit firms were probably busy pretending that they are large firms and are capable of handling the audits of cryptocurrency companies. However, the truth was something else.

Public Company Accounting Oversight Board, the regulator of the US audit profession had found deficiencies in all four of the public company audits carried out by Prager Metis – Audit Firm.

Cryptocurrency has been trusted by a lot of investors due to its transparent and decentralised nature. But due to the scandal of crypto exchange FTX, the future of the crypto industry looks bleak.

As a forensic auditor, there were significant red flags in the financial statements of FTX. These red flags should have been identified earlier.

Additionally, the exchange operating out of the Bahamas and having the companies in countries like Antigua is another red flag.

SBF himself wanted the crypto regulations for a different reason. In my opinion, there is a need for strong regulation which would monitor these exchanges, wallets and remittance companies on blockchain and would also include the red flags in their scope.