Sri Lanka’s worst economic crisis since its independence in 1948: Explained

The economic crisis of Sri Lanka has only gotten worse due to mismanaged government finances, ill-timed tax cuts, and a shortage of food and essentials. 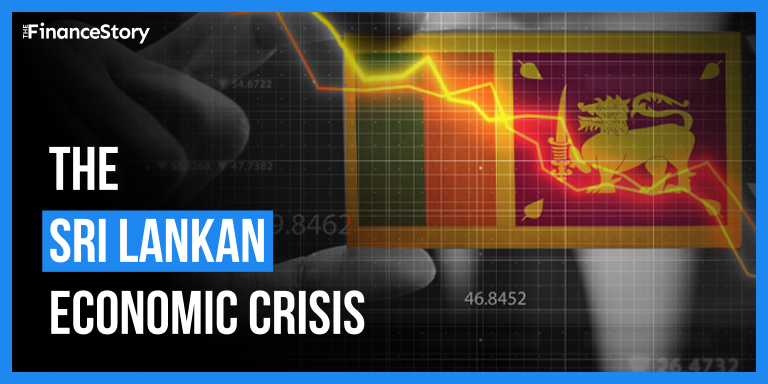 In Sri Lanka’s latest predicament, earlier this week Mahinda Rajapaksa stepped down from the position of Prime Minister after weeks of anti-government protests.

This mostly happened as the island nation was placed under curfew owing to the fierce clashes between Rajapaksa supporters and anti-government protesters in Colombo. Over 190 were injured with 5 deaths including a ruling party MP.

Demonstrators at the Galle face green promenade seemed to be overjoyed with the PM’s resignation although the main target is the president, Gotabaya Rajapaksa, the PM’s brother who imposed an emergency in the country.

However, he has not shown any tendency to resign yet.

Many Sri Lankans supported The Rajapaksa regime when Mahinda Rajapaksa was the re-elected head in 2020 August. A stark difference in the mentality of the same population has been noticed as they are now protesting against him and his intention of building a unified government.

They also demand Rajapaksa’s brother, the president step down. Protests have been carried out chanting “Gotabaya go home”, government offices were set on fire etc. The protests originally started out in April but have intensified and flared up since then.

Owing to the severe lack of foreign currency the government has been unable to pay for the essential goods imports, mainly fuel, giving rise to long and indefinite hours of power cuts and long queues outside petrol stations.

There has been a significant decline in the supply of necessities, and medicines.

Ordinary Sri Lankans have become frustrated with constantly dealing with soaring inflation and shortages of necessities. This also acted as a cautionary effect of the country steeply devaluing its currency last month.

In a note late last month, Citi Research said that “the IMF report’s conclusion and the government’s recent measures were insufficient to restore debt sustainability, strongly indicating the need for debt restructuring”

Fuel prices have flared up consequently; petrol by 92% and diesel by 76% since the beginning.

According to estimates made on 1st April, the Sri Lankan rupee has depreciated against the US dollar by 33%.

The sudden rise in the price of commodities steepened the inflation rate which stood at 30% in April, way over its central bank's target range of 4-6%.

The foreign exchange reserves have depleted to about $2 billion alongside the debt obligations it has to pay back this year which is about $7 billion.

Roots of the crisis

Rajapaksa’s deep tax cuts which he promised during a 2019 election campaign, seemed to have pulled the trigger on this economic crisis.

Besides, with the tourism industry and foreign workers’ remittances to the country sapped by the pandemic, Sri Lanka has been locked out of the International capital markets.

In addition to that, Sri Lanka has been deemed a "twin deficits economy" by a 2019 Asian Development Bank working paper. This played a significant role in its current adverse situation.

Apart from these, Civil War, Easter Bombings, the declining tourism industry, and the Russia Ukraine crisis back to back have collectively aggravated the crisis.