The Reserve Bank of India (RBI) announced that its board has authorised Rs 30,307 crore dividend to the government for the fiscal year ending March 2022. 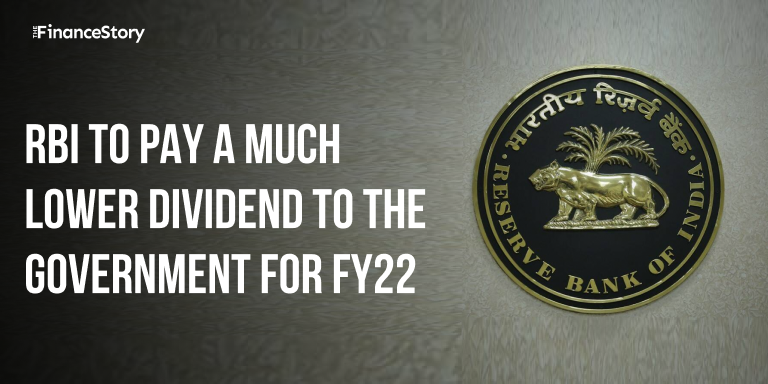 For FY22, the government had forecasted Rs 53,511 crore in dividend revenues from the financial institutions, RBI, and nationalised banks, which is 40% less than the previous fiscal year's estimated budget of Rs 89,649 crore.

From this year, the central bank's accounting cycle will be aligned with the fiscal calendar (April-March), rather than the previous July-June calendar.

The Reserve Bank of India (RBI) announced that its board has authorised Rs 30,307 crore dividend to the government for the fiscal year ending March 2022. RBI will be maintaining the contingency risk buffer at 5.50 per cent.

Over 67% of RBI's $542 billion foreign currency assets are stored in government securities of leading countries, including the US Treasury, and other securities in the economy whose currencies are in the International Monetary Fund's special draw basket.

Commission, amortization of bond premium or markdown on remote and rupee securities, and benefit from the deal and recovery of such resources account for the largest portion of RBI's salary.

The Reserve Bank of India's surplus for the fiscal year ending June 30, 2020 was Rs 57,132 crore. RBI had sent Rs 57,128 crore to the government, accounting for nearly 15% of the non-tax revenue for the current fiscal year.

The shortened accounting period could be one of the reasons for RBI's lower surplus this year.

According to the 2022 federal budget, the government expects a dividend of Rs 73,948 from RBI, public sector banks, and financial institutions.

Given the constriction in demand, direct tax receipts are also projected to be modest.