From India to UK: This Business Leader at Protiviti UK encourages you to look for new experiences and not just titles

CAs obviously aspire to become a Big 4 partner but for Varun that was not the only aspiration as he looks beyond job titles. Varun is at present the Finance Transformation Leader at Protiviti UK. 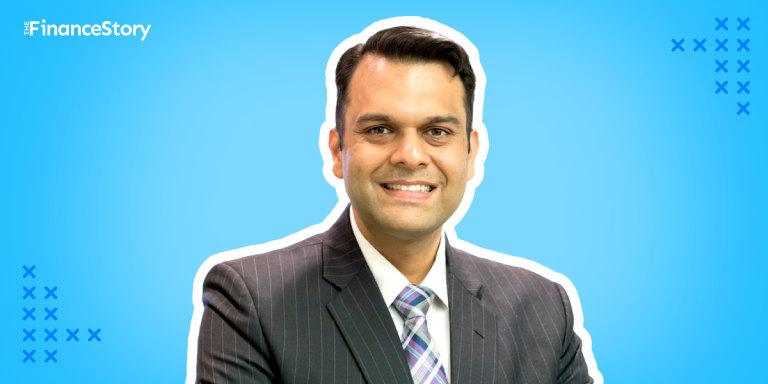 Getting out of that comfort zone helps

When I passed my 10th grade in 1997, like most Indian kids I also had two options in front of me; either choose science or commerce....but I was unable to decide!

You should know that my dad's a chartered accountant. He has been in practice for over 45 - 46 years now.

As a mentor, he advised, “ If you are not able to make up your mind, why don't you try your hands at CA?”

And I think with that, my dad softly pedaled me toward a better future. That's how CA happened.

Naturally, I joined my dad’s firm for my CA articleship, but every time I walked into my dad's office it felt like I was walking into my comfort zone. Because I was his son, everybody treated me like a partner, and not an article, I hardly learnt anything.

Dad then again suggested, “Why don't you complete your articleship at one of the Big 5 firms?”

I took his suggestion.

An opportunity in a Big 4 was certainly not easy those days, as it required seven rounds of interviews alone. 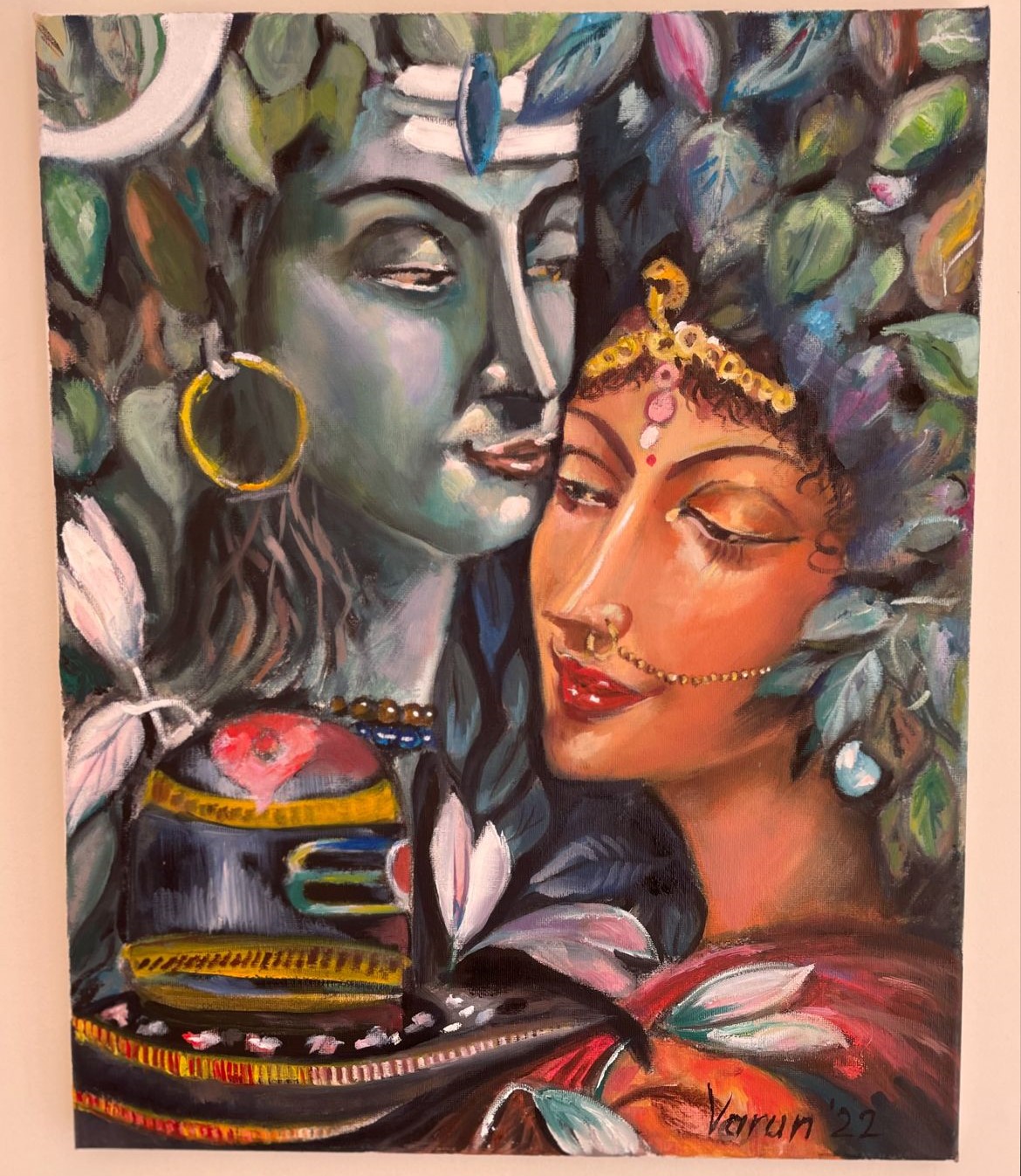 Varun paints over the weekends, one of his works

Father’s CA practice or the Big 4, what should I pick?

Naturally, after qualifying, I returned to Chandigarh and joined my Dad’s practice; it was a big change.

My entire grooming as an article at EY was different.

Whenever I would tell the clients that there is an issue, please fix it, invariably the client would say, “Okay, we'll talk to your dad and fix it.”

I felt kind of left out in that office. Little did I know that I was too naive to understand the power of client relationships.

My dad had spent like 25 to 30 years of his career interacting with those companies. He knew the ins and outs of what the clients were talking about.

That wisdom came much later that, nothing will be handed over to you on a plate.

But my initial reaction at that time was, “Look, I am just not made for this place, let me go back to where I was.”

That's when I got an offer from KPMG India and joined their audit practice. Let me tell you it was one of the best times of my professional life.

I started as a senior consultant and in three years got promoted to manager. Then came the highlight of my stint at KPMG; I got a secondment to the UK in 2008.

My dream to make a career overseas actually began the moment I stepped foot in the UK.

I was a young lad from a small town and those six months in the UK felt like a dream come true.

The culture shock was apparent, but the learnings were terrific.

Audit to an advisory role

Toward the end of 2009, I started having this dislike toward auditing.

I had done statutory audits for 9 years, I know it brings a lot of value to a client but it didn’t excite me beyond that point.

I wanted to explore the advisory side and managed to change roles and teams. That was the beauty of working in KPMG.

After 5 years at KPMG, it was time for a change.

Sitting on the other side of the table, when the client is not under regulatory compliance to give you work and instead asks you to help them with something, is what motivated me.

Addicted to new experiences and learnings

After a short stint at American Express, I joined EXL- an IT Company that helps companies in Digital Transformation. This role opened up a whole new world for me.

Here I was looking at Risk Advisory services, SOX 404 compliance, US GAAP and IFRS advisory, etc.

I was traveling extensively for work. I was in the US for six months, then I was traveling every alternate week to London, and on every trip, I came back as a better individual.

When you travel a lot, work in global teams, and get exposed to different cultures, it opens your mind.

You would become much more receptive to the thoughts, and ideas of others, and tolerant of how others work.

In 2013 I returned to India and worked with EY again before moving to Protiviti India as the Managing Director.

We were doing very well as a team continued to grow and the firm is now doing exceptionally well.

I had to travel to the Middle East quite frequently as a lot of the clients were from Saudi, Oman, and the UAE.

As my elder daughter grew older we had to consider the kids’ well-being as well. So we eventually moved to Protiviti UK.

I was also looking for a new environment and new learnings. 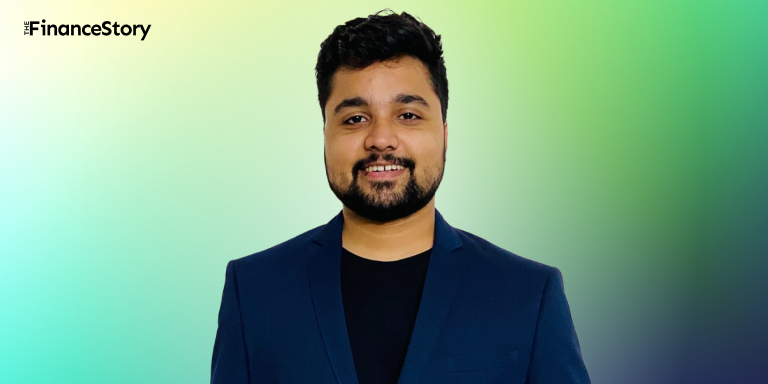 Looking at applying to the UK? Some tips

The most important interview tip which I can give you is, be genuine and authentic.

Yes, you can take one bad decision and say that a certain organization didn’t work out for you. But if you had been hopping jobs every six to eight months, and have nasty things to say about your employers that’s where my concern lies, “Are you even self-aware?”

And the third is salary expectation.

Don’t ask for 2x, or 3x of your current salary, just because others are getting it. Don’t fall for the trap. Please be respectful and think about the value you are bringing to the table when quoting a number.

And last but not the least; be transparent about your career.

Millennial CFOs: Why this CA quit his Big 4 job to become a CFO at age 26 of a bootstrapped content studio

UK as a marketplace

The UK market is great in my opinion and after Brexit, new opportunities have arisen across levels. The only thing people need to be worried about or consider is acquiring a Visa.

Getting a Visa is not easy, it's expensive. And from what I have seen, most companies are very happy to sponsor senior-level employees. Because it's easier for them to convince the authorities that the talent is unique and those skills will not be available in the market at a short notice.

Whereas at a junior level or as a fresher it is a bit more difficult to start directly from these markets.

But if you still want to work in the foreign markets, try to look for an intercompany.

Look for experiences and not just titles

While working at one of the Big 4 firms you obviously aspire to become a partner, director, or senior leader, but that was not the only aspiration for me.

Having said that, I am in no way suggesting that you should not have aspirations. In fact, if you want to become a partner or a director in a big organisation, it's just the beginning of another journey.

But if you are aiming to become the ultimate boss, it’s only possible if you own the company.

All of this is very transitional, you run with the title for some time and then pass on the torch to someone else. That's how it works.

When something is not permanent, why bother worrying?

In the initial years, technical accounting or technical skills are very important. But as you move up the ladder, your other skills should take precedence.

What are those skills? Your ability to network, settle in, be a team player and position the firm or the brand well in front of the clients.

Don't be too harsh on yourself. That's a negative trait that I've observed about myself at times.

Sometimes I become overly critical of my actions, “Why did I do this?” And later when I reflect, the final answer most of the time is “Just let it go, you have already taken the decision.”

Everything will fall in place.

Last but not the least, pursue a passion and look after your health both mental and physical.

Working in the UK looks very glamorous but it's much more difficult compared to India, mainly because you are doing everything by yourself.

On Saturdays, I used to run house errands and Sundays used to look quite the same. I didn’t have even a little bit of time for myself, and it started taking a toll on my mental health.

I was getting into that loop of feeling absolutely fatigued throughout the week, from the stress of work.

I needed something to unwind. That is how I started painting... I encourage everyone to make time for their passions.