For Russian payments, Indian companies are now turning to the UAE 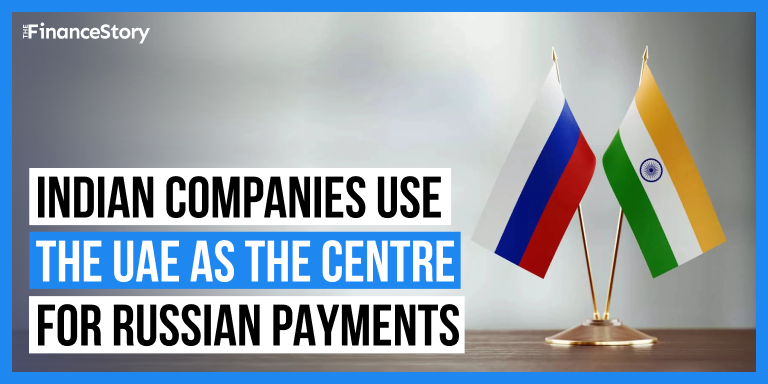 Indian exporters and importers are choosing the UAE pathway for its thriving shipping point and an exchange market for converting numerous currencies.

In the meantime, New Delhi and Moscow are trying to figure out a way for the Rupee-Rouble trade.

Transportation of cargo, as well as accompanying business payments, are routed via companies and banks in transactions that appear to be conventional bilateral trade between India and the UAE; as a result, neither the banks nor the client query about the source or end destination. Both sides are aware of the real nature and intent of the deal, though.

Russian banks in India have offered to maintain nodal accounts to enable rupee-rouble transactions while also keeping surplus rupee balances. There is a chance of the US imposing sanctions if an Indian bank provides nodal accounts.

The foreign exchange crisis may also cause commercial disruptions with Nepal.

Apart from the final verdict on rupee-rouble trade, trades with Sri Lanka suffer a blow owing to its constraints amidst all the economic and political conundrums.

Since the imposition of sanctions on Iran

Authorities at significant Indian banks assume the Dirham is being exchanged for Renminbi. Settlements through some Russian banks that are not yet sanctioned are also a possibility.

The Indian importer is not concerned about how the money gets to the Russian traders.

The same goes for the Indian exporter, who is satisfied considering the UAE financial intermediary gives back the amount that's due. Yet, the potential of cash settlement from the Russian end of the deal can't be ruled out either.

Even though banks based out of the Emirates are now strengthening regulations against anti-money laundering over the last couple of years, UAE still persists as a safe Haven for the Russian wealthy individuals.