How I Cleared My Chartered Accountancy Exams In The 9th Attempt 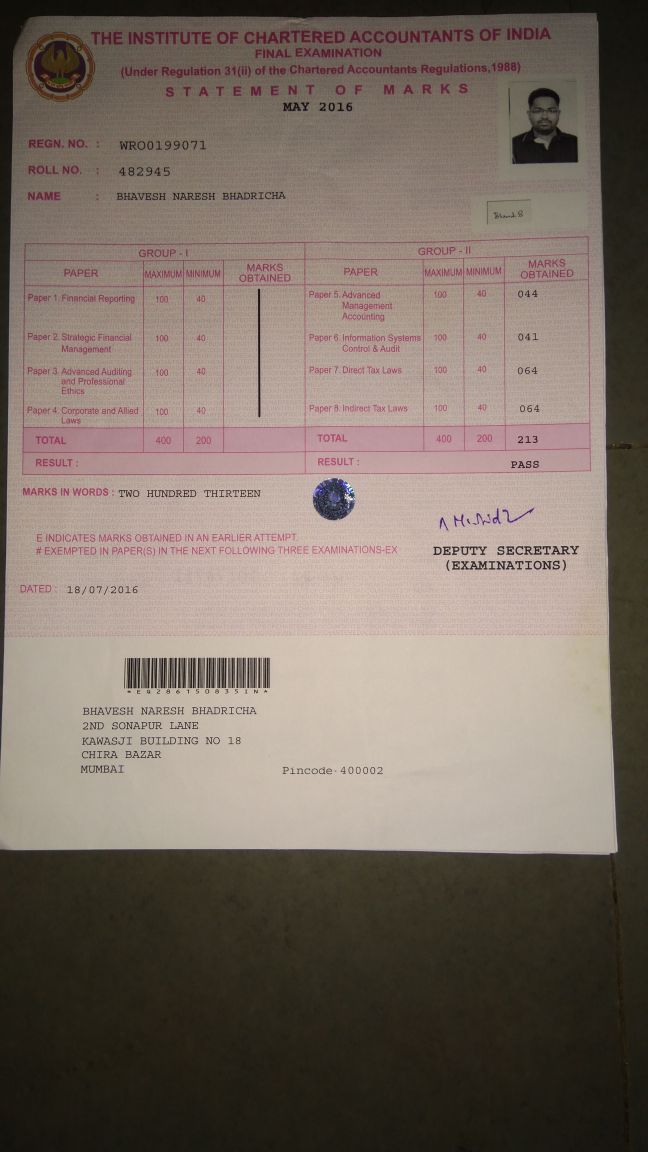 Back story: Why I decided to become a Chartered Accountant

My dream of becoming a Chartered Accountant started when I was attending a felicitation program organized by our community. I saw the first CA from our community being felicitated.

I was in class 8 and it was this moment when I told myself in my mind - That one day I will be a CA too. And from there my journey of becoming a Chartered Accountant (CA) started.

I was an average student in school. After passing class 12 in 2004 I registered for PE-I examination (now known as CPT), but somehow I was not able to concentrate and decided to complete my graduation before going ahead with CA.

I completed my graduation in 2007 and by that time the whole structure of the Chartered Accountancy course had changed.

I was just one step closer to achieving my CA dream, but it was not easy. Here how it went:

Further, I referred to the Revision Test Papers (RTP) and Supplementary (Amendments in Finance Act) issued by ICAI.

During my CA phase, I had gone through many ups and downs in my life but never lost my focus on achieving my dream. I had faith in Me and in God.

My parents supported me all through my bad phase and had faith in me.

I also believe that my wife’s footsteps were lucky for me. Life is great now.

Believe in yourself. Never lose hope and never think of giving up because failure leads to success.

You could reach him at bbhadricha@gmail.com/thecastory@gmail.com