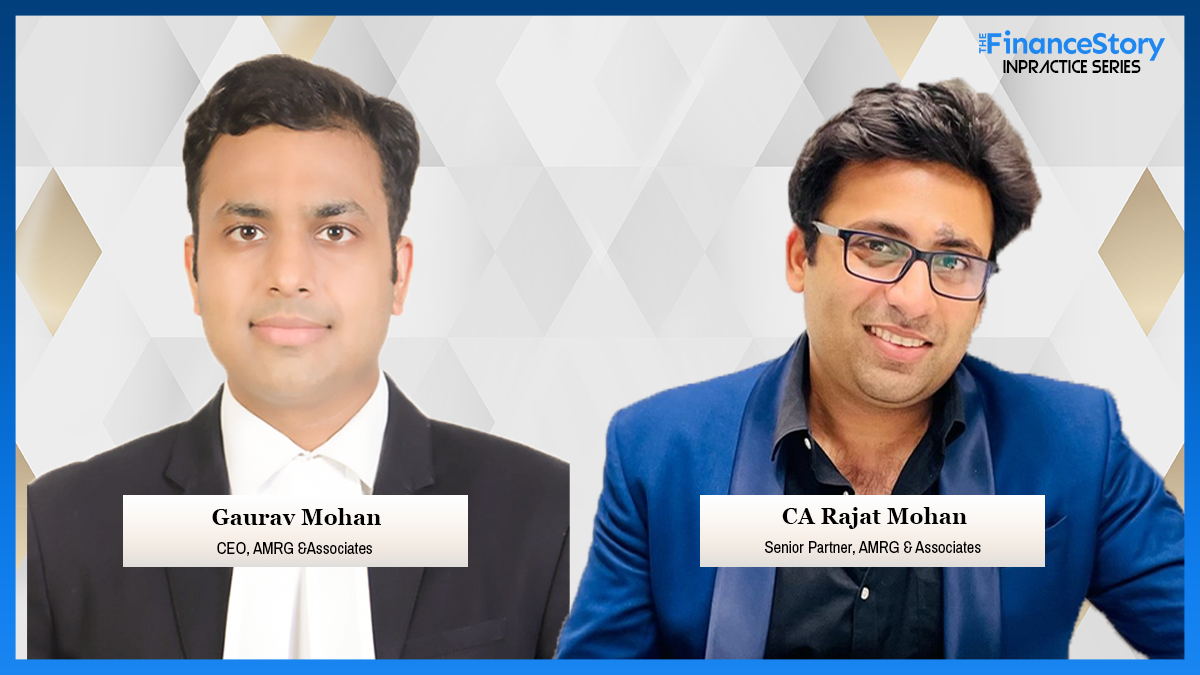 Growing up I was an average student and never dreamed beyond getting a bachelor's degree.

Despite my father (Madhu Mohan) having his own practice (AMRG & Associates) joining his firm was never initially the “plan”. But after a sudden academic turnaround, I figured “why not give chartered accountancy a try, and thus started my CA journey.

Against all odds, I qualified as a Chartered Accountant in 2008.

Having the luxury of joining my father’s firm was something I had considered while pursuing CA.

After qualifying, it became very clear to me that I would dedicate all my skills and knowledge to building up my father’s firm further. Hence I ventured out into the world of practice and joined AMRG in 2009.

On the other hand, life growing up for Gaurav (my brother &CEO at AMRG & Associates) was quite the very opposite. He, unlike me, was an extraordinary student, achieving remarkable grades.

He pursued his engineering from IIT Delhi and worked abroad for one year but somehow it didn’t give him the satisfaction. As he yearned for something different and exciting from his job he returned home and decided to pursue an MBA from IIM Indore to have a wide range of job opportunities.

Having an unrelated educational background was a good enough reason for Gaurav to steer clear of joining the firm.  But, in the year 2014, once he observed the potential AMRG had and the value he could bring in to help the firm scale....the unexpected happened when Gaurav joined the firm. 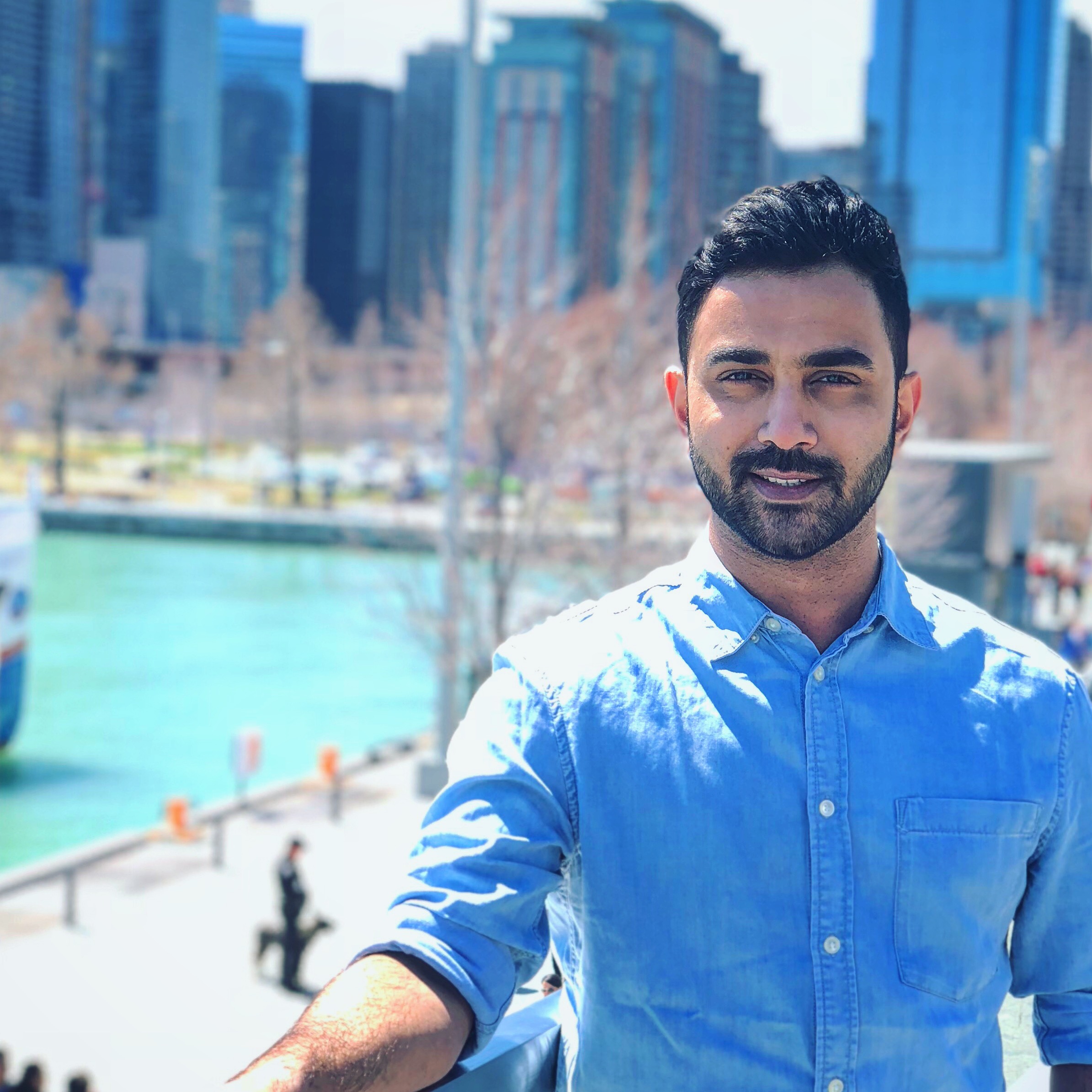 My Unconventional Journey from an Engineer to a Chartered Accountant

Building the firm together: a family affair

Within six months of becoming a CA, one thing became very evident to me: "Indirect Taxation was my calling. As the subject made me enthralled with its many implications for businesses".

In 2010 there was a long stretch whereby we were working with only one intern in the office, aside from administrative staff.

I suppose the period between 2009 and 2011 was the most unpromising one when we looked at AMRG’s future.

During this time, on average 10 people worked at AMRG, regardless of which we never lost hope. We held our heads high and straight, kept on improvising ourselves.

A significant addition happened to the firm in 2014 when Gaurav joined the firm; a team of 20.

Being an MBA degree holder he knew better ways of managing and like so he soon proposed to take over all the managerial and HR-related duties.

He started not only to look after the managerial stuff but also to make sure that AMRG had all the relevant technology in place.

Earlier we were more focused on managing our costs rather than making revenues in short we were a very cost-centric firm. But when Gaurav joined us he made a 180-degree change and increased our costs significantly.

Starting from 2016, we stopped making a fuss about our cost altogether, whether it is the procurement of hardware or software, hiring and firing people, hiring HR agencies, getting training from big institutions, buckling up our office, buying new furniture, starting the policy of giving good Diwali gifts to our team, taking them out for monthly dinners, we became less frugal. This was the biggest change in our psyche.

We started to reap the benefits of all the investments.

Until 2017, our firm ran a traditional practice, working with small and medium-sized Indian clients and conducting routine audits, undertaking routine representational work on a departmental level.

What brought a turnaround was GST.

Since 2010, I  became deeply involved in Indirect Taxes and made a name for myself. So, when GST was finally implemented in 2017 we were the first ones to support clientele on each and every issue. We became known for our impeccable knowledge and speed of delivery.

Observing all of this made us realize that we must bring something unique to the table, something beyond the traditional practice.

In 2017 we started hiring like-minded professionals. We improved our pay scales and offered them professional and personal growth contributing to the firm’s growth.

Clients started flowing in on AMRG’s instantaneous response time and command on tax laws. Basically, we were able to secure numerous high potential clients due to our proactive approach and attitude.

Hands-on knowledge of Technology and interest in the subject also helped AMRG implement the right kind of software and hardware at AMRG.

Looking back, having Gaurav join us was one of the best decisions that we ever took, which turned out to be advantageous for AMRG, as we’ve grown from 20 employees in 2014-15 to now a team of 100+ strong professionals.

Every day has its own set of challenges and building a thriving CA Practice is no easy feat.

One of our biggest challenges is the recruitment and retention of freshly trained chartered accountants. In fact, most of the growing Indian CA firms are currently facing stiff competition from bigger MNC firms. But we understand that with time, things will fall into place. We have increased our pay scale as well but again most CAs get lured into joining Big 4 Firms.

Another challenge is finding good partners who can gel well with leadership and show passion to grow with the growth of clients.

Due to the high cost of real estate in Delhi, increasing footprints in the city requires significant resources. Which will result in an increase in the overall cost of capital utilized by the firm.

I am a hustler and enjoy every bit of the building-up process. I believe nothing comes easy to anyone. Perseverance is the key.

Traditional CA Practice will be out of style soon

Today the main focus should be on innovative offerings.

CA Firms need to innovate on their business model as the traditional practice is slowly becoming obsolete.

Firms now need to collaborate and understand the pain point of businesses rather than continuing to offer traditional services.

Traditional CA firms have a limited life span, thus CA firms need to look at specialization. Maybe some firms can look at technology and incorporate it to cater to a high volume of clients efficiently at a lower price point. But my view is that traditional firms will find it difficult to remain afloat in the medium to long term.

With the government incorporating technology in all spheres it may be prudent to standardize and outsource compliance and accounting.

Lastly having a unique team that has the ability to lead can make a huge difference. Had Gaurav not been from a different background I think AMRG would not have been on the same growth trajectory.

At AMRG we don’t agree with anything on the face of it, infact, we challenge each other at every point which in turn benefits the firm immensely.