This senior banker made a transition into the world of fintech with Easy Pay. Fintech creating opportunities in finance space?

Vaibhav is a banker who made a transition into the world of entrepreneurship and fintech. He co-founded Easy Pay which helps MSMEs and aims to become the largest MSME Neobank in India. 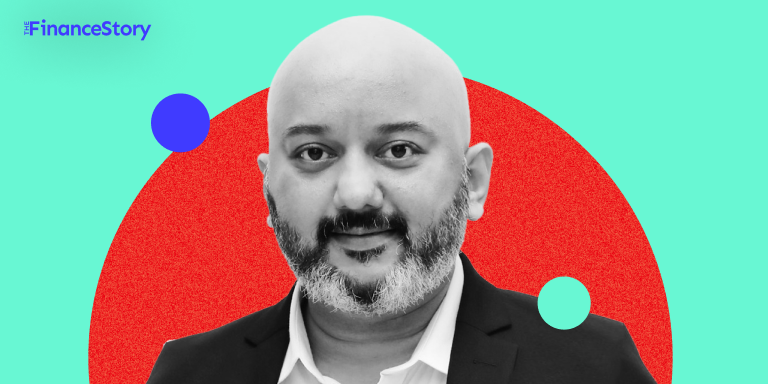 Almost every one of them is working in a niche, targeting a product (lending, payments, wealth), a customer segment (retail, business), or a community (youth, gig workers, migrants).

India has been at the forefront of pioneering innovations when it comes to banking. It went from having big red physical ledgers in banks to launching Unified Payments Interface (UPI).

The Finance Story spoke to Vaibhav S Joshi, a banker who made a transition into the world of fintech with Easy Pay, which aims to become the largest MSME Neobank in India.

Excerpts from the interview:

How have you seen banking evolve in the last 10 years?

I was born and raised in Ahmedabad, Gujarat. My parents are bankers and not surprisingly I always wanted to be one.

I remember going to the bank branch where my dad used to work and seeing those big red physical ledgers. Upon asking what they were, he would tell me “those are the records of the people who have accounts in our bank”.

It wasn’t too long before banking got centralized.

Then came the branch automation part where everything got digitized, ATMs got introduced but there was no ease of interoperability.

Visa then chimed in and said, “Hey, we are going to come up with credit cards”.

Eventually came the evolution of NFS, and interoperability.

The innovations have been tremendous in India; from launching IMPS (Immediate Payment Service) to Unified Payments Interface (UPI), Aadhaar Enabled Payment System (AePS) where you can just walk into a shop, and use your biometrics to do transactions.

If you look at banking as a segment in India, we are, by far, way ahead of the west. India has been at the forefront of pioneering innovations when it comes to banking.

Innovations have been happening, and not just over the past decade, but I would say the past 25 years or so, across multiple forums.

We believe going digital is the way forward, because only then your product can be distributed digitally, in a manner that influences millions of lives positively.

Why has the fintech sector grown so phenomenally in India? How did Easy Pay happen?

Let me take you to 2015 when we set up Yes Bank’s Digital Banking team which in fact was the first digital banking team in the country.

We created the API banking stack and the digital banking stack. And even today more than 40 percent of the overall up UPI transaction actually passes through Yes bank.

Now the technology that banks use is a lot of legacy systems. There are a lot of complex technologies. There is co-banking, there is Middleware and there is something known as an enterprise service bus (ESB).

ESB is a place from where actually outside partners enter. Any FinTech partner if he has to tie up with the bank, that API integration would pass through that ESB.

Now, this has an interesting overloaded tech architecture because there is a lot of compliance and operational risk and legality. And when it comes to FinTech, they want to be absolutely agile.

At that point, we were just working on a wallet entry at a point in time to launch the first banking wallet in the country. So we would create our own platforms, agile processes and become an interface for FinTech to come in.

We powered almost 60- 70% of the FinTech ecosystem in the country.

What I learned was that - the bank is there at the back, when in essence we are the startup within the bank.

After six years I joined Equitas Small Finance Bank as the Chief Digital Officer. Here I replicated that same methodology where I launched the fastest-growing neo-banking in the country, NiyoX, which crossed some 1.6 - 1.7 million users within 15 months of launch.

So you know, I saw the potential.

EasyPay was founded by Nilay Patel in 2014, with the Panchshil family office as our investor.

When Easy Pay partnered with Equitas, Niyo had just crossed 1 million users. I think that was the time when I said “I should really consider moving out and doing something of my own.”

When I was just about to get out Nilay pulled me back and said “Easy Pay is your baby. We started it five years back and you are taking control of it.”

That's how I officially joined Easy Pay in 2022. 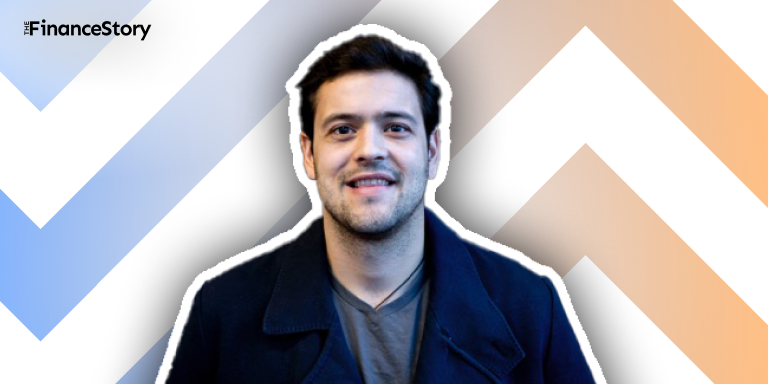 André is an investment banker turned facial recognition startup founder. Hailing from Brazil he found the idea of ‘paying with our face’. As a non-tech person, it wasn't hurdle-free building Saffe.

What is Easy Pay trying to solve?

We noticed that banks don’t have specialized products for MSMEs. That gave us an amazing idea, and very soon Easy Pay is going to launch the first MSME Neo bank in India.

Right now we are going to create a thousand-crore rupee loan book, as a part of the MSME Neobank project.

We have already started partnering with a couple of NBFCs, and banks.

Our first product is going to be the unsecured business loan for retailers. Now, the tenure may vary from; 45 days to 180 days, depending on the volume of the loan he/she wants. And the ticket size is going to be anything between one lakh to two lakh rupees.

We are also obviously getting into the secured lending area where we are going to use the same ecosystem for payments for supply chain.

Technology has evolved so much that we can plug into people’s data points, and invoice histories through Oracle and SAP and immediately lend money to them. It's very easy for us to keep a track of things now, undoubtedly.

We already have a virtual card, which can be used for any kind of payment.

It is going to be a one-stop shop for MSMEs, which account for 63 million units across India.

FinTech has created an enormous talent pool for the technology, and finance space. Do you think it's a great opportunity for a talent reshape in this industry?

I have certainly noticed how digital transformation has shaped the traditional teams in banks, over the last eight, or nine years.

There has been a recalibration of journeys,  people, processes, activities, KPIs, or whatever you want to call it.

The traditional way of working as a banker has changed phenomenally.

If we talk about more complex roles like operational risk, finance, and legal, they also had to recalibrate.

The regulator is so fast and hands-on that, the bank compliance guys actually lag behind nowadays. They have to keep up with the regulator.

I remember how audits used to take months, but with time it came down to weeks, now these audits happen in a matter of days because of technology.

Transformation happens at such a fast pace that if you don't unlearn and relearn, in the upcoming years you will be outdated. 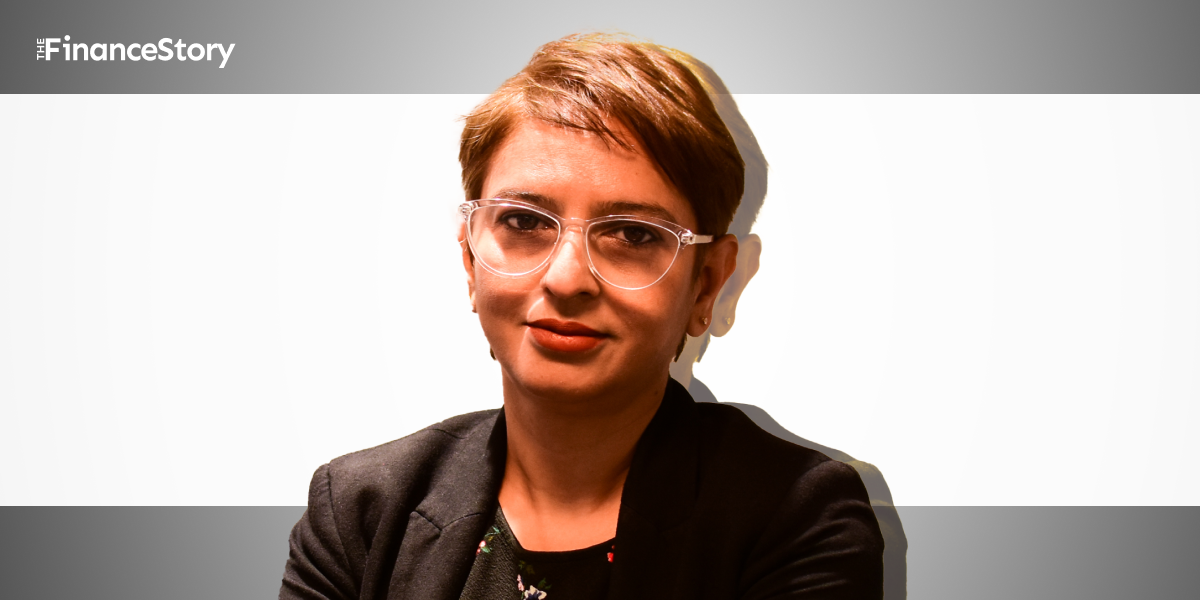 Seema has been in the Banking industry for over a decade. She started Indiassetz, to manage the complexities of real estate for HNIs which has more than $1.3 Billion in active assets under management

Lastly, do you think it is crucial for a CFO to understand technology along with finance?

The CFO of today need not only to understand finance, but it would be mandatory for him to understand technology as well. The reason is simple; the CFO has to work hand in hand with the business, and the product.

A CFO’s role is very critical when it comes to compliance risks.

So these different aspects of business, which I call the Lego blocks, would have to be put together in a way that looks unified and works properly.