How my Chartered Accountancy qualification helped me through difficulties 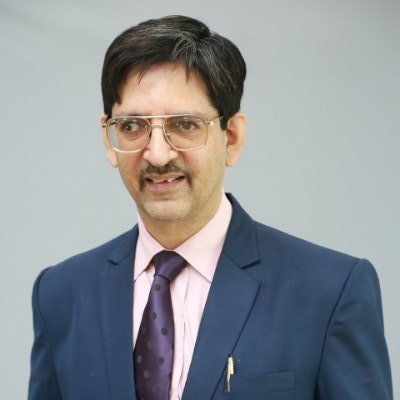 “My CA journey - I cleared CA Inter (2nd level CA exam, now known as IPCC) in 3 attempts and CA Final in 2 attempts. I was an average student, but good in Maths and Accounts,” says CA Rohit Talwar from Kolkata.

He currently lives in Delhi and specializes in Internal Audit and Data Mining as an Analyst.

My 1st Job after qualifying as a CA

“I had completed my CA in 1989 and got a job in the Birla group. It was all rosy for me and I was high on ambition. I was sent to IIM Ahmedabad for Management training for a residential 4 month. The total cost was Rs 50,000 which the company bore partly and I bore the other half.

Rs.50,000 was a large sum in those days and I worked hard in IIM, and my efforts gave results- I discovered a model in marketing with 3 variables: Product, Market and Technology (At that time, there were only 2 variables- Product and Market; and there was no internet, so website marketing was unknown to all, and little did I realise that my discovery of Technology as a new variable was way ahead of my time, but anyway, I got a standing ovation in my class for my model!).

But the way to success at times is fraught with ditches and potholes. I was bitten by the entrepreneurial bug in this tenure of 4 months and my job environment had completely changed when I came back to my job.

My seat was taken away and people were jealous of my going for the management course and I was transferred to another project, which was like being ‘cut-off’ from the main company.

At that time, I was engaged to a girl and I was also bitten by the love bug. This was in 1992-93. The bad environment in my company forced me to leave my job and started something of my own. But the girl’s parents did not approve of my decision to start my own business and they called off the engagement. I was shattered.

On one side, I had lost my job and on the other side, I lost my love. And my savings were being depleted too. My parents also did not approve of my business venture and I was fighting alone. All this was in Kolkata (little did I know that my future generations would follow my footsteps by going for ‘startups’).

I realized that it would not be easy to do business after I crossed my 40s, so I put a deadline- If I succeeded within a year, I would go for business else I would come back to service.

I also went to Hong Kong for business promotion, but my finances were getting strained and soon I had to give up the idea of business and I joined service once again.

My shift to the service line

But in this intervening period, a lot had changed. The ICAI introduced 25 new Accounting Standards and I was left behind. I joined a CA firm Lodha & Co as an Audit Manager (this was in 1994).

The competition by the new CAs soon lead me to leave the firm. Then I joined another firm S.R. Batliboi & Co. (E&Y associate) and my parents got me married to another girl (this was in 1996).

But this marriage was to a very rich girl (owners of a 5-star hotel in Lucknow). I did not accept a single paise of dowry as I was very principled. But soon, my past followed me, and I hadn’t forgotten my previous love and this resulted in my break up. This also resulted in the loss of my job.

This time I took solace in God.

My parents helped me out by taking me to the best psychiatrists and with counseling, I started recovering. But there was a break in my career. In this period, I DID NOT go for solace in alcohol, or smoking or drugs as I was well aware of their harmful effects. I left non- vegetarian food as well.

It is said, that when one person changes, the entire world around him also changes. Seeing me, my mother left non-veg, my sister and my aunt also left non-veg food and my family stood beside me in my time of distress.

Then we all came to New Delhi, to start a new life, away from sad memories (my sister was married by then). Soon, I took up a job in New Delhi.

In Aug’04, my article on ‘Using Sampling in Auditing ‘ was published in the CA Journal. I also learned TopCAATs - An audit Analytics software package. I became a partner in an Audit firm and also passed the Diploma in IFRS from ACCA, UK.

My shift to Dar es Salaam

I got an offer abroad in Dar es Salaam, Tanzania (Africa) and I went abroad, gaining experience working in a CPA firm. My experience in Tanzania was very good.

Working in a CPA firm was an experience of a lifetime. Application of International Financial Reporting Standards(IFRS) to accounting, multiple currency accounting, foreign currency translation problems etc were some of the topics I dealt with in Dar es Salaam.

My advice to CA students is