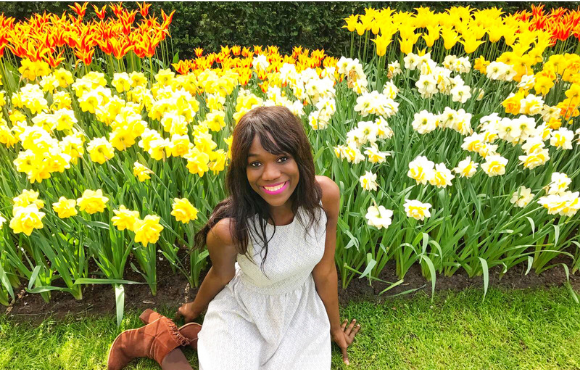 Back story: From South Africa to the Netherlands

Life in Cape Town was amazing but I was yearning for a new challenge and a change. Also, I wanted to experience living in a different country and to gain international working experience.

Growing up I always talked about how I wanted to travel and see the world. It’s actually quite odd how when growing up I didn't know anyone who had actually travelled, I don't know where wanderlust came from.

Initially, I didn’t care about which country I would end up in; the USA was well up there on my list, as well as offshore countries because I had experienced background in financial services.

After I met my boyfriend I had to be more mindful and we had to find a country that would be suitable for both of us.

Afrikaans, by the way, is a language partly spoken in South Africa which evolved from Dutch.

Before then, I wasn’t particularly interested in the Netherlands because I thought “oh I don’t speak Afrikaans, I probably won’t be able to find a job there”, nonetheless the thought of him wanting to possibly live there lingered in my mind. I only found out later that he didn't mean it but that is a story for another day.

Coincidentally a recruiter called me a few weeks later to tell me about auditing jobs in the Netherlands.

At the time I was in the process of securing another job offer in Malta and the Channel Islands, but I said okay for the interview.

The interview went really well and I was made an offer within a week. I had to turn the Malta offer down and pull out of all the other processes.

The Netherlands seemed more attractive in terms of infrastructure, pay, quality of life and accessibility to the rest of Europe.

And that's how I landed in the Netherlands and it is one of the best decisions I have made.

Finding a Job Opportunity in the Netherlands

I was contacted by a recruiter on LinkedIn just before completing my articles in South Africa in October 2015. He asked me if I was interested in going for an interview two weeks from that day.

My LinkedIn profile was very up to date, I believe this contributed to the recruiter being able to find my profile.

Additionally, I had attended career seminars for newly qualified CAs where I gave out my contacts to recruiters.

Because I was still doing my CA traineeship, I didn’t have surplus funds for the flights, accommodation etc.

The recruiter assured me that all my costs would be reimbursed. I booked the flight two days before the interview because I had other interviews in the pipeline.

On the date of the flight, I arrived at the airport early to check in and they told me that they had no record of my booking. As I was waiting for a taxi to take me back home, I decided to call my booking agency and ask what had happened and it turned out to be a system error and they booked me on the next available flight.

Luckily I made it to the interview.

Luckily I secured the job. I was offered a two-year work contract with an 'okay salary'. If I knew what I know now, I would have probably negotiated a better salary.

They gave me a relocation allowance which basically covered my flight tickets, one-month accommodation, transport and food and other relocation relating expenses.

Adjusting to my New Life in the Netherlands

Moving abroad can be challenging and overwhelming but at the same time exciting.

I didn’t particularly like my first job as an external auditor and that created a lot of anxiety for me.

I wanted to move abroad so badly and that was the only option available at the time, so I told myself that I would only stay a year or two, give my best to the job opportunity I have and later try to find jobs in the industry while in the Netherlands.

I worked with great people, made long life friends there and forever grateful for the opportunity and was sad after the year that I had to leave, but I knew that audit was not for me and I had to explore other industries. We travelled and explored together.

Having my boyfriend with me helped me cope with the change, I never had moments where I felt lonely, maybe lost at times but not lonely. If you are alone it’s important to have a strong support structure at work or back home.

You go through different phases, but eventually, you fall into a routine and your life becomes normal again. I do feel settled now but sometimes still miss home.

I personally struggled the most with adapting to the cold weather, I was on a very strict eating plan back home, and it took time to establish a new routine.

Also the cost of living is high on this side of the world, everything is DIY, clean your own house, fill in your own petrol, pack your own plastic bags in grocery stores, these may be minuscule things but it is a culture shock if you not used it – we are definitely too spoilt in South Africa.

Also using public transport, getting rained on, on the way to work, freezing in the cold for 8 months of the year, it’s too much, I can never get used to the rainy cold weather.

"What is Life Living in the Netherlands?"

I love the biking culture. I never have to worry about traffic, fuel or servicing a car.

A car is not a must-have, you can get by with walking, public transport, and a bike. Parking is expensive and you have to pay car taxes.

I also love how people mind their own business. It is safe and there is no seeming inequality or classicism in the Netherlands.

Everyone bikes, the minimum wage is high and the government looks after its people.

It is easy to travel from the Netherlands to other countries; Schiphol has direct flights to most European countries. It is not the cheapest country to fly from, but it works out well.

"Cost of Living in the Netherlands."

No amount of research can prepare you for the actual costs of living in a new country, you always going to have unexpected costs, miscellanies.

In the beginning, I struggled quite a bit, I was translating everything before spending and that can drive you insane especially considering that when I moved the Rand (South African currency) was considerably weaker than the EUR and also because Amsterdam is not cheap.

My salary was okay, sufficient; I managed on that salary for the first two years after moving here. Even though I say “little”, I could still afford to travel to other countries, visit home, and live comfortably, it’s all relative.

When I moved jobs I had a significant pay jump and then I realized just how little I was earning before!

Eating out is expensive, but groceries are okay. Some supermarkets are cheaper than others, but overall the quality of the products is good in supermarkets.

There is no shortage of affordable stores for those that love shopping.

Finding an Apartment in the Netherlands

Salary in the Netherlands

If you are unsure about market salaries, you can check what others are earning on LinkedIn, Glassdoor and Payscale. Robert walters publishes a salary report annually.

It really depends on the company, industry and negotiation skills and work experience.

In my first job I was just happy to have a job abroad and had no idea I could negotiate.

I didn’t think I had any leverage but once I had confidence and after discussing salary with fellow expats and colleagues I discovered that I was earning less than some of my peers, so I told myself that I would no longer settle.

Now I am always upfront about my salary expectations and if offered less I negotiate or walk away.

However, this is a rough average salary for a Chartered Accountant/CPA in the Netherlands:

Most companies reimburse you for the daily work commute, I cycle to work and to most places, I only use public transport when I have issues with my bike or if the place I need to get too is more than a 25 minutes bike ride or out of the city.

How To Find a Job in the Netherlands as an Expat

I wouldn’t say finding a job is easy in the Netherlands, but there are definitely more opportunities for finance professionals with Big 4 audit background.

So if you are not from South Africa, connect directly to Big 4 Accounting firms or find recruiting companies in your country who have hire for the Netherlands.

It does help to go through a referral or Recruiter because when you apply directly yourself, your CV might end up with the rest of the others in a pile.

Try to attend as many career events where you can network with recruiters and other people in your field.

Places where you can apply for job opportunities

Other recruiters to consider when already in the Netherlands:

As mentioned, I got an opportunity to move to the Netherlands from South Africa through GAAP Placements. However after almost a year at EY, Netherlands I moved two jobs.

While in the Netherlands I changed jobs with Lime recruitment and EMEA recruitment. Few more which you can consider:

I personally use LinkedIn.  All the jobs that I have had so far were from recruiters contacting me directly on LinkedIn.

I keep my profile up to date and specify on my profile that I am looking for new opportunities.

When I try to apply directly to companies I hardly get feedback, I would say recruiters are definitely the way to go.  Recruiters are not always the most reliable, it’s always a gamble and you just have to keep trying.

Amsterdam is definitely the centre of it all; it has a more vibrant and international than the other cities.

English is widely spoken in the Netherlands, so you will get by without knowing any Dutch, but knowing Dutch is useful because most communication from government and municipalities will be in Dutch.

Also in the shops, everything is written in Dutch.

Rotterdam, Utrecht, and Den Haag are also big cities in the Netherlands with a sizeable expat community.

Are you considering moving to the Netherlands?

What steps are you taking towards your move?

Anyway, I could help?

Please leave your comments in the section below. I could also be reached on LinkedIn at Lebogang Makomene.