I Followed My Heart: From a CA to a Teacher in China to an Amazing International Banking Career 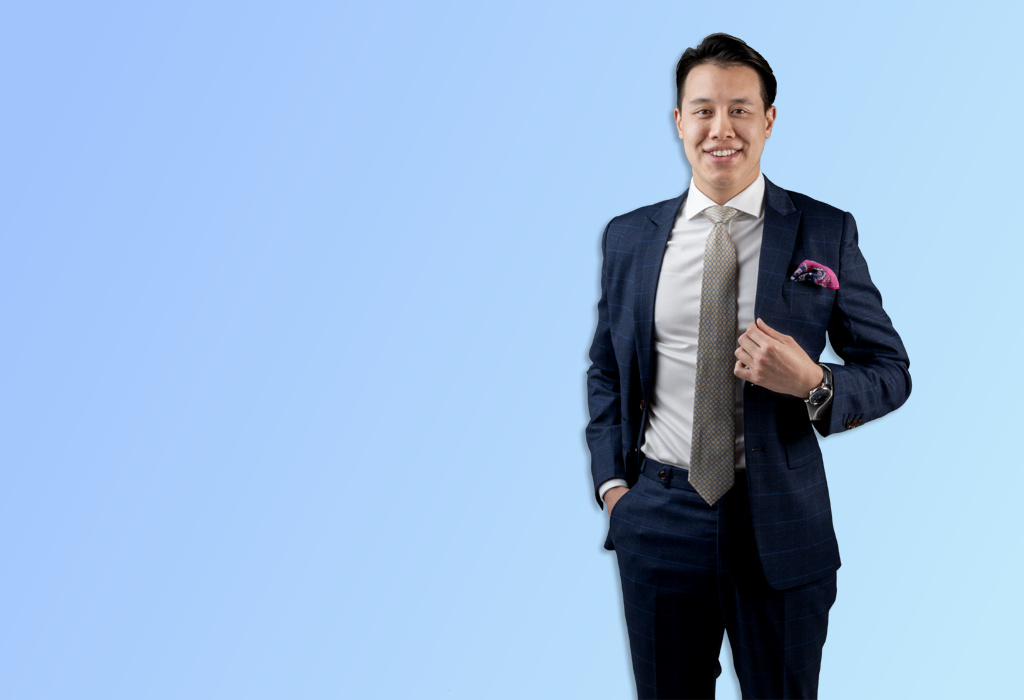 Growing Up In South Africa

Being a 4th-generation Chinese born in South Africa, I grew up in Johannesburg amidst a beautiful mix of two cultures - my inherited culture and my country’s culture.

At that time, South Africa was just coming out from the horrors of apartheid. And as is with any nation, every citizen experienced the inevitable teething issues of a country which had just begun its journey afresh as a democratic nation.

My parents had faced the injustices of Apartheid. They didn’t want me to face that ever. Due to that, I was brought up in a non-oppressive and equal environment. My parents provided me the platforms and opportunities to learn and develop.

They had taught me early in life that: “to overcome life’s challenges, you need diligence and continuous self-development”. These lessons shaped me and remained with me forever.

How I Became a Chartered Accountant in South Africa

After I finished my school, I was equally excited and apprehensive about my future. I didn’t know what I wanted to do exactly. So, I allowed myself to be guided by my interest in business and researched about a degree that would pair well with it.

I did several internships and part-time work while in college which gave me the opportunity to engage and learn. This helped me in taking my career decisions. After interacting with professionals in the field, I decided to pursue Chartered Accountancy.

I had never done accounting before. Understanding certain principles and theory of the subject took me double the time than my peers. It was frustrating. I wanted to give up.

But, as Winston Churchill said, “If you are going through hell, keep going.” Which was what I did. I continued.

The life lessons that my parents had taught me guided me through this arduous journey. There was no getting away from hard work. I was diligent and persistent in my efforts. The path became easier, and I achieved the results that I wanted and had worked for.

But soon after that, I decided to leave accountancy...

Following My Heart and Moving to China

I have always been immensely proud of my Chinese heritage. I felt a strong affinity to travel to China and immerse myself in its culture and learn Mandarin.

A friend of mine, who had recently qualified as an attorney, had decided to travel the world while teaching English. And I was completely blown away by his courage and dauntless resolve.

Could that be done? Was it possible for me to pursue a similar path?

I wanted to pursue the calling of my heart. But, how could I just go? What about the degree that I had worked so hard for?

After qualifying as a CA, I found myself at the most critical crossroads in my life. Which path to choose? One would lead me to continue climbing the corporate ladder, and the other allowed me to pursue personal calling. I didn’t know which to choose.

I knew one thing though. The longer I stayed in the corporate world, the opportunity to explore and do something different would become more and more obscure.

Finding a Job As A Teacher in China

I wanted to push myself out of my comfort zone. So, I not only changed the environment and my country, but my industry as well. It wasn’t planned. I just followed my heart.

I applied for a teaching job in EF, a globally recognized international learning institution, which would start from March 2017. Their reputation helped me secure the VISA and also provided me a community when I arrived in China.

I moved to China. But, I could have never anticipated how significant the decision would be. It changed my life completely. I wasn’t prepared for what was coming... 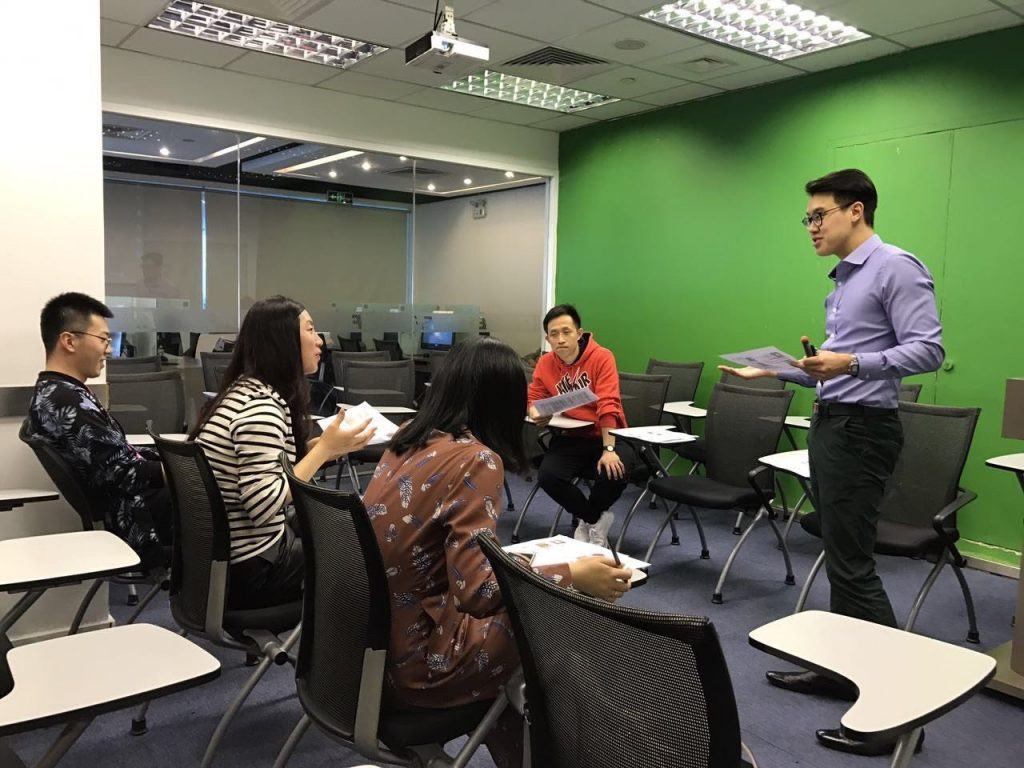 Challenges Faced and How I Overcame Them

I followed my heart. But, it wasn’t easy. And it did have its repercussions.

Yes, doubts did come. I was second-guessing myself over my sudden decision to just leave everything away and move. I began to fear the possible outcomes of my actions. I hadn’t thought it through completely. My mind was clouded.

I was blinded. Social media was disrupting me. I got distracted by watching what others were doing and accomplishing. I lost the clear vision which I had and was constantly questioning myself over my decision.

But, I readjusted my focus. I took a step back, re-assessed what my goals were and let go of my ego and expectations. I told myself:

Stop comparing yourself to others.

Do you even remember why you did this?

You did this because this was the call of your heart. You wanted to do this. That’s why you did this. And people rarely have the courage to follow their heart’s call. But, you did!

Now, why are you losing that voice?”

Thus, I regained the lost voice of my heart and continued to travel the path that felt right. Only that I discovered that teaching wasn’t my true calling.

Getting Back to Banking in China

You know what they say: “You never know the value of something until it’s gone.”

After 18 months of quitting my banking job in South Africa and working as a teacher in China, I realized that my true interest lay in the banking industry.

Actually, I hadn’t truly assessed what I wanted. Becoming a globetrotter and teaching was a fad. Soon after, I started looking for opportunities in the banking sector in China.

And you know what? Joining teaching was my decision. Returning to banking and the corporate world was also my call. It wasn’t because of the norm or because I had to - but because I wanted to. I had the satisfaction that I listened to my heart. There were no regrets.

Coincidentally, my friend from South Africa had just moved to China to work at New Development Bank (NDB), Shanghai headquarters. He introduced me to some of his colleagues. I felt that it was the place I wanted to be.

I researched about the bank, got in touch with NDB employees. And guess what? I landed up an opportunity to work at NDB, Shanghai.

Living in Shanghai, China as an Expat

I have always enjoyed the dynamism that comes with living in a big city. When deciding which city to move to in China, one doesn’t have to look beyond Shanghai. It is one of the best to live in the country and a leading example of China’s rapid economic growth and development.

The Jingan district is a popular area for expats here. One can find services and shops in this area without much trouble. Contemporary luxuries and modern-day indulgences are easily available in Shanghai. This makes it one of the most developed, most populous and expensive cities in China. Due to this, the rental prices are also high, as compared to South Africa.

The city is easy to navigate with a highly sophisticated and easily accessible public transport system. Embrace the local lifestyle and eat local, and you would have money saved at the end of each month.

The job market in China, especially in the financial and banking sector, is highly competitive. Here are some tips to find a sustainable job in China:

“Nothing ventured. Nothing gained.”

Moving to China was a pivotal point. It gave me the life that I had never imagined before. Life has weird ways of operating and it has put me where I needed to be. And I am filled with wonder and deep gratitude.

I had a carefully curated world in South Africa. Giving up my corporate job and taking up teaching gave me the satisfaction of following my heart’s call. Yes, it turned out that I didn’t want to do that. I did what I did. Because if I hadn’t done that, I would have never known.

I don’t have any regrets. And that’s my advice to you...

Have the courage to follow your heart. Whatever decision you take, stand by it. Take responsibility.

Every experience is valuable and teaches you more about yourself and your life. So, keep trying. Listen to your heart and follow its call... even if it means failing.

Fail. Get up. Try again. Keep going on… That’s what life is all about, right?

Connect with me on LinkedIn: Craig Lai King

Have you followed your heart’s calling? Do you love what you do? Have you considered moving to a different country to pursue your interests?

(Edited and revised by Simran Doshi)