How This Chartered Accountant Started a New Life in Tokyo, Japan as an Expat 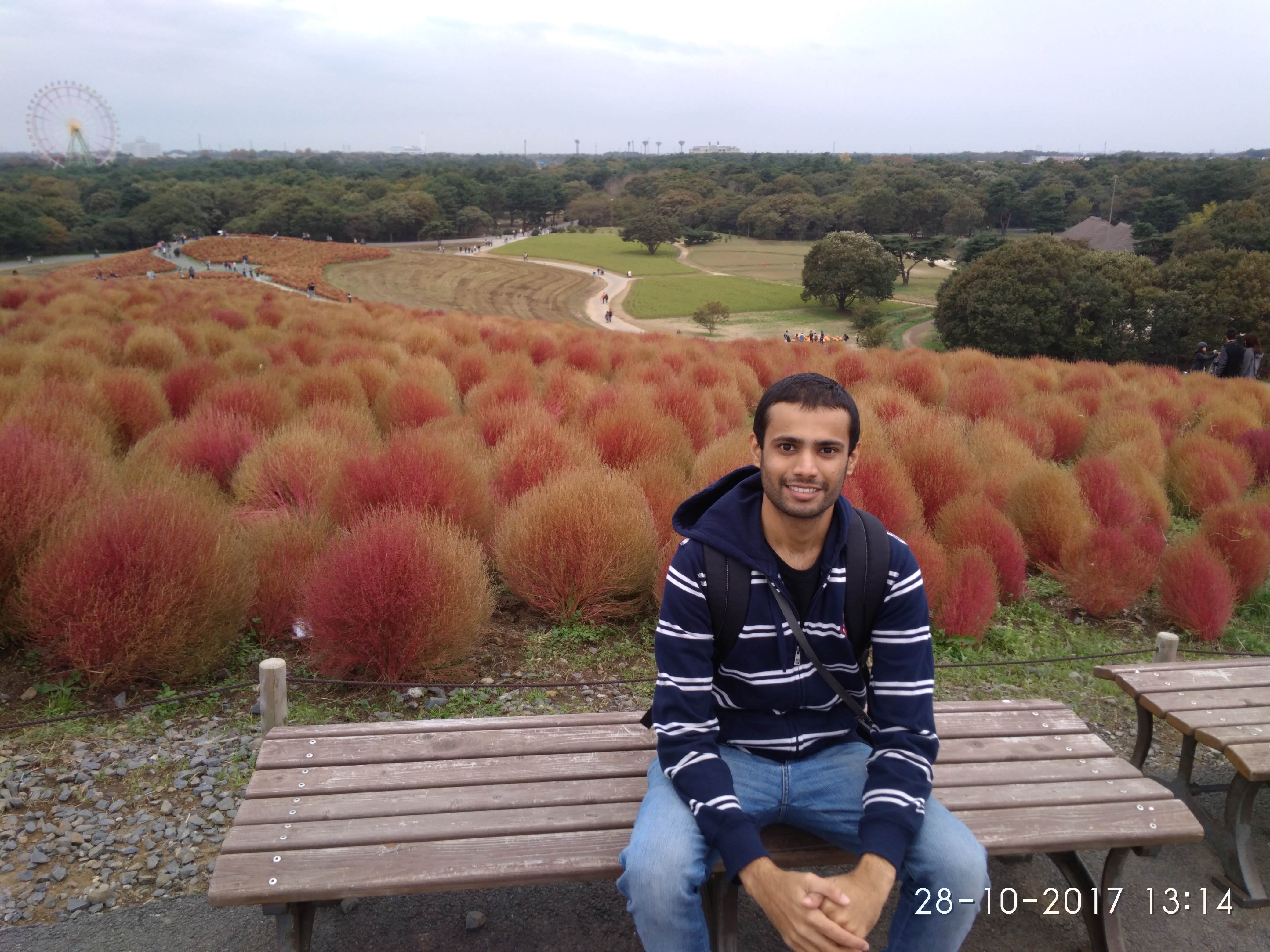 We all know that the benefits of international work experience are far-reaching.

For starters, making the decision to work abroad forces you to step outside your comfort zone, which opens up opportunities to develop new skills and have new experiences.

In fact: In today's article, Prathamesh Deshpande a Chartered Accountant from ICAI, India shares with us how he got an opportunity to work in Japan. He also tells us about the work culture, the interview process, job opportunities in Japan for expats.

Presently he is a Controller - Investment Accounting Reporting at AXA Life, Tokyo Japan.

My Journey Moving from India to Japan as an Expat

A lot of my friends ask me why did I choose Japan out of all the countries in the world - I should say, instead of me choosing Japan, Japan chose me (Lucky me!).

I started my career at AXA Life, India. After two years I was being recruited for a US Team but a surprise opening in the Japan team came up.

My personal flexibility to give up on a finalized position and reappear for all the interviews once again proved beneficial in the long run.

Also as a child, I had seen many documentaries on Japan and was always fascinated by its uniqueness.

I was welcomed in this country without any prejudice and with so much warmth.

My journey has been amazing so far and getting better.

What is it like living in Japan as an Expat

It is a unique experience living in Japan as a foreigner. The stuff you heard about Japan is true - The Japanese dislike chaos and love peace.

They are very well organized and realize the importance of punctuality and always put others before self.

They mostly keep to themselves, and would not speak until spoken with.

The people of Japan are very peaceful and polite at office as well as outside. I haven't heard people swearing at one another, maybe because I don't know the language fully.

I have always been treated with respect and dignity here and never had an unpleasant experience here. So, stay assured that you will be meted out the same treatment.

There is a substantial Indian community in Japan, mostly concentrated in the Edogawa district of Tokyo. This has brought many Indian restaurants and specialty grocery stores to the region. Most of them are of an IT / Engineering background.

There are many places of interest in and around Japan. Tokyo has some great nightclubs and bars to hang out.

Living costs and expenses in Japan

The cost of living in Japan depends on where you live.

I live in the city of Tokyo so I almost spend JPY 200k a month on rent, food, utilities, and transport.

Eating out is costlier than cooking. The restaurants in Tokyo have different prices for lunch and dinner. However, with higher salary levels, it is manageable for a single person.

In case you have a family to support, the expense increases as much.

Savings depend on your lifestyle, however, I should say that you can expect to save more in Japan than in India in absolute terms, primarily due to salary levels being 4x than India.

Mode of Transport in Japan

What is it like to Work in Japan as an Expat

I was already working with Japanese clients in my home country (India) before moving to Tokyo. So I had an idea of their work style making it easy for me to adapt to the work culture when in Japan.

If you are considering to work in Japan it would be nice to observe this:

The Japanese economy has seen steady growth over the past decade. They have become more acceptable to the idea of employing foreign labor for longer duration's.

Many people opt for Temporary positions to get an overall experience. Foreign interns too join our offices to experience the corporate life.

The immigration requirements have been considerably relaxed as the country faces a shortage of skilled workers.

What Finance Qualifications are Recognized in Japan

Salary in Japan for Expat Accountants

I was an internal hire. So, I only appeared for the HR interview where the HR Business Partner asked me about my background and my knowledge of the organization.

However, based on the feedback from my friends I understand that there is a similar recruitment process in Japan like India and other countries.

Below is the basic process when interviewing an expat:

Apply for courses in Japan

If your skills are relevant

Having confirmed that the candidate can speak Japanese, has a good period of visa stay and the relevant experience and skill set, they'll proceed to fix technical interviews with the Line Managers followed by interviews with Directors or senior Management personnel.

Interviews are generally a formal process with at least two or three interviewers questioning you about various aspects. They are very considerate and appreciate honesty in responses.

In case of a vacancy, the Consultant reaches out to the candidate and schedules an interview with the Human Resources officer (HR).

Following that, a Technical interview with the process managers occurs. Post completion, the HR confirms the employment.

Everything is a bit more formal in Japan.

Also in stark contrast to some of the Indian companies, the HRs in Japan do communicate the acceptance/rejection of the candidate. This is something Indian professionals should learn from the Japanese.

Visas for Expats in Japan

I  moved to Japan from my home country on a company-sponsored visa. It was an internal move.

Permanent Residency requires a person to have stayed in Japan for at least 10 years consecutively. Additionally, one should prove sufficient income and funds to defray the expenses.

In some cases, the stay requirement is shortened when the applicant scores enough points on the Point calculation Table.

How to learn to speak Japanese

No, I don't speak Japanese. Of course, a few words of greeting and a little here and there I do speak, but nothing more! Fortunately for me, most of my Team is fluent in English. So Japanese communication is easy.

My company has encouraged me to take up Japanese lessons, however, due to my busy work schedule, I only find time on weekends to go through some Japanese basics books to learn more.

Currently, I refer to Japanese language books such as - Minna no Nihongo and Genki.

The language app - Duolingo is helpful for practicing what you've learned.

There are many language schools in Tokyo offering customized courses in Japanese. I plan on taking up lessons later this year. For someone who would like to come here for work, I would strongly recommend learning the language before arrival.

The standard language test is the JLPT (Japanese Language Proficiency Test) and there are five levels - N5 through N1, N5 being the lowest.

A little more about Japan

Japan has a culture of politeness and hygiene. So, anything against that is bad manners.

People are especially observing the following:

Places to visit in Japan

I am still the same person I was when I left my home country. So, I don't see a major change in my attitude or personality after moving here.

One thing I've noticed though is my ability to freely interact with people. As a child, I was always willing to speak with unknown people and extroverted.  Moving cities has made me embrace change instead of resisting it.

I have learned to trust people and I believe everyone is good inside. This has made me generous to other situations and understands things from their perspective.

I was welcomed in this country without any prejudice.

Japan has suffered a lot due to disasters - manmade or natural. They lost so much in the World Wars, Earthquake's, the Tsunami and Nuclear disasters, yet, they stay strong, kind and honest. Such great lessons for mankind!

In the end, we are all blessed with limited time and while we wander the realms of this earth, let's enjoy and cherish what we have as long as we breathe.

Now It's Your Turn