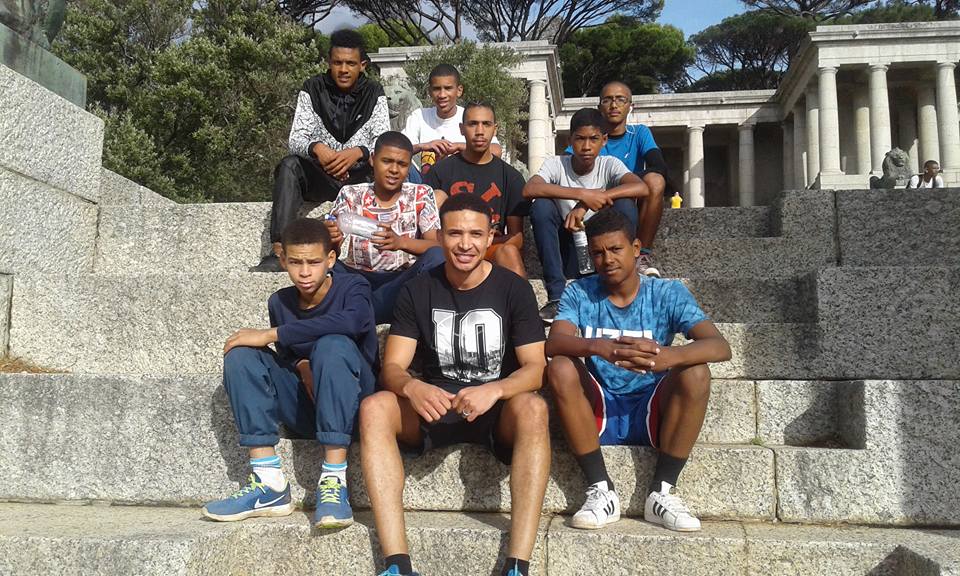 Back story: Growing Up

I’m from a place called Heideveld in Cape Town and I would spend a great deal of my childhood in neighboring Manenberg with my grandparents.

Mom and Dad had to provide doing tough and not so geat jobs, despite having much more potential. So we had some pretty hard days.

Also, my Mom had me when she was very young.

We didn’t have our own home and that was a deep unspoken desire for us.

I had a gift I believe; despite attending very under-resourced and poor performing schools I managed to do well academically.

Despite being raised around friends who were on drugs and family members who were part of gangs, I managed NOT to get into the wrong hands.

I firmly believe Sports was a huge factor that provided an alternative for me and kept me on the right track.

I wasn’t super-intelligent I think; I had a good work ethic and my parents were involved in my life. My love for reading at a young age was a foundation that was laid by my mom early.

I managed to do my graduation from the prestigious University of Stellenbosch. However, coming from a not so well off background I must admit; I felt inferior to my peers for the first few years.

Over a period of time, I grew in confidence and eventually felt like I belong there.

My Mom always wanted to be a Chartered Accountant so I think that could have influenced me. Also, my Dad was a serious no-nonsense guy, whom I, in retrospect probably owe a lot to.

But my decision to pursue Chartered Accountancy was to earn a lot of money and live a better life. Coming from a very troubled neighborhood, you just want to get out and improve your and your family’s life.

And that’s why I decided to become a Chartered Accountant.

My CA journey was very interesting. I have shed many tears and went through some dark times repeating CA Exams more than once, despite flying through my undergrad.

This process was probably one of the most defining and character-building periods in my academic and professional journey.

I moved to Johannesburg for my articles at KPMG and this again was a very tough time. I had that inferior, no confidence thing again. Everyone was dressed well, knew the big city and I had to start again.

After a lot of hard work, I qualified as a Chartered Accountant in 2015.

My mom was incredibly proud and my dad didn’t really understand what I was doing and why I was studying for so long.

Starting a business During my Articleship

I met the girl of my dreams, Stacy my now wife, on the basketball court while still in college.

The challenge was again one of confidence and feeling inferior. My parents didn’t even have a car. Her dad dropped her off at the bus in their nice car, she had the proper gear and attended a very good school. Out of my league. We had a brief chat after one of my matches but nothing really came of it.

Fast forward 5 years later I was playing for the University of Stellenbosch and we started talking again.

Stacy is an incredible interior designer and was super chilled about life, very different from me. I was Mr. Schedule, planning, time-based living. She was exactly the opposite and we hit it off.

She started working at Easylife Kitchens (a company which manufactures and install kitchen cupboards), she had a car and a decent salary and I was just starting my articles.

Long story short; her boss mentioned that the head office was looking to open a Kenilworth branch. I told her; I’m not enjoying articles, I have some pension money that I can withdraw and we can start something in partnership with her boss. She also had some savings.

We approached her then-boss and scraped together a sum equating to 40% of the store. That was at the start of 2012.

Stacy did all the hard yards and I only did the bookkeeping part-time while working at PWC, AGSA, etc.

As time went by I got more involved and today we’re 100% owners. It was never the plan to sell kitchens but fortunately, things worked out.

Today Easylife Kitchens has a great small team of 4 design consultants, 4 installation teams (3/4 on each team) and admin staff as well as subcontracted staff. 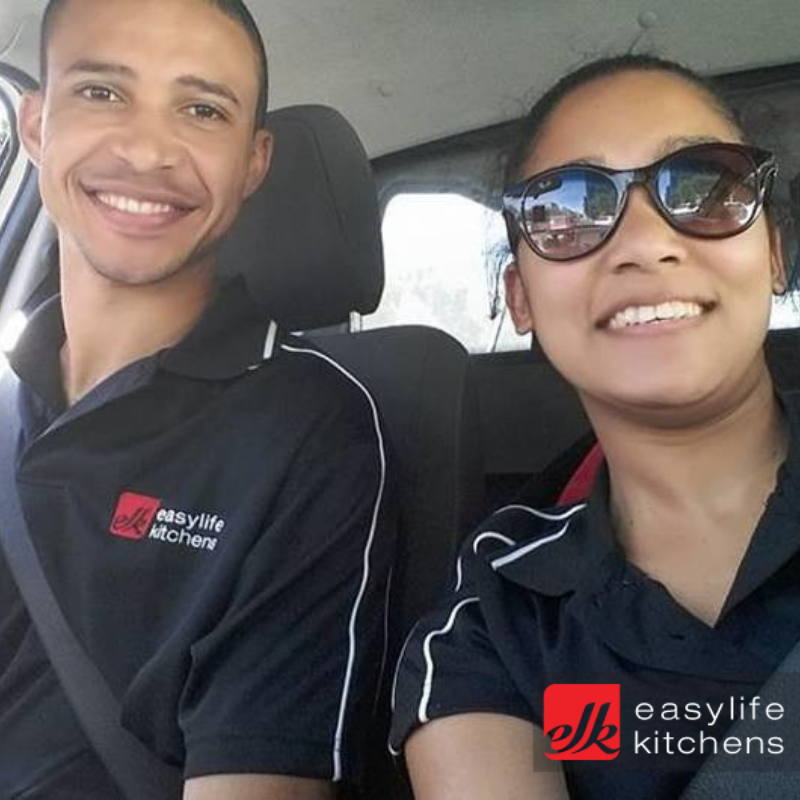 Though I started my own venture during my articles, I continued working for a few years after qualifying as a Chartered Accountant.

I always battled with the corporate environment I must be honest. I was always a round peg in a square hole and resisted hierarchies. I just knew I wanted to start a business.

The toxic corporate culture at most firms did not work well for me. I saw many old men who just weren’t willing to step aside, taking huge salaries and adding very little value.

Also the subjective systems of performance reviews, lack of mentorship and real vision. It was a frustrating environment when things could be done simpler, but old ways prevail.

Ultimately, I knew with certainty that I was called to do something different.

That is when I decided to quit my job in 2017 and start business consulting - Pro Business Advisory.

As mentioned above, I left full-time employment to start an advisory firm. I had only one big client and was hoping to scale within a few weeks. To put it lightly....that didn't happen.

A few months later I had no clients (mostly due to the SA econ. environment).

I did not even have much savings (probably about 4 months’ income). It took much longer to grow the advisory business than I thought.

Also, I was making small sums of money and I quickly realized there was a reluctance to pay for accounting and advisory services.

Usually, the client that I got was in tax trouble or forced to get compliant because they wanted to expand/obtain more funding. I was a grudge purchase if I could call it that.

I decided to become a trusted partner in a few small businesses and show how much value I could add. It took sacrificing earnings in the beginning.

In the construction and kitchen industry (Easylife Kitchens), there is a thing called payment terms. It’s a tough industry as you basically don’t get all your cash upfront.

Everything depends on the progress and terms negotiated. However, my bills must be paid despite all the challenges.

Many times when I quit my job, I had no money. Many times I had supplier bills of ridiculous amounts with customers who simply decided to delay paying.

When I struggle in a particular month, we work harder and provide more Advisory services.

Managing people/staff is one of the hardest things in business. You have to put them first. Some months I don’t get paid.

Letting people go who aren’t good team players, but bring in money is another tough decision to make.

An idea doesn’t work – egg on face, but we move on and try again.

I have a strong faith. I start my day with quiet time. I have nothing to lose attitude and my wife agreed a while back we will live by faith and believe in something greater than ourselves.

I had family who were members of gangs and the environment was very tense (you’ll note, the army is deployed to those neighborhoods even today).

Sports was a huge factor that provided an alternative for me and kept me on the right track.

In 2017 I also started PRO 226 AFRICA which is my passion project. I became a FIBA agent and started hosting basketball events around Cape Town.

The goal is to create opportunities for young people just like me, to send young children growing up in underprivileged backgrounds to better schools/universities so they can realize their potential.

Reality is: Growing up I had friends who were more talented than I was, but most of them slipped through the cracks.

Key Takeaways from my journey

Who Should Start  Business

Working with your spouse

Have the right mindset

I'm not your typical Chartered Accountant, then again none of us are typical! You are supposed to be uniquely YOU. We can never stop learning and doing crazy things.

I think when CA’s let go of society's expectations for them to be rich immediately they can achieve their biggest dreams.

CA’s go through so much when studying and doing articles they are moulded well and are super equipped. They just need to get their confidence back and be willing to be unconventional but also committed to something they are convinced will work even when times get tough.

To be a successful person, you need "more" than an idea and just a desire to be rich. You must be willing to fail and you have enough to start wherever you are.

I tell young people - Watching motivational videos is great and talking about ideas is wonderful. But where most fall short is; they stop there. They don’t take action and execute.

We talk too much and besides that; our fear cripples us.

Do you want to start your business venture? Are you planning to quit your job or start one while working?

If you are an article assistant or still a student have you considered starting your own?

I could be reached on LinkedIn at - Nathaniel Japhta.