How this 73-year old CA and his wife drove from Mumbai to London across 19 countries in 72 days. 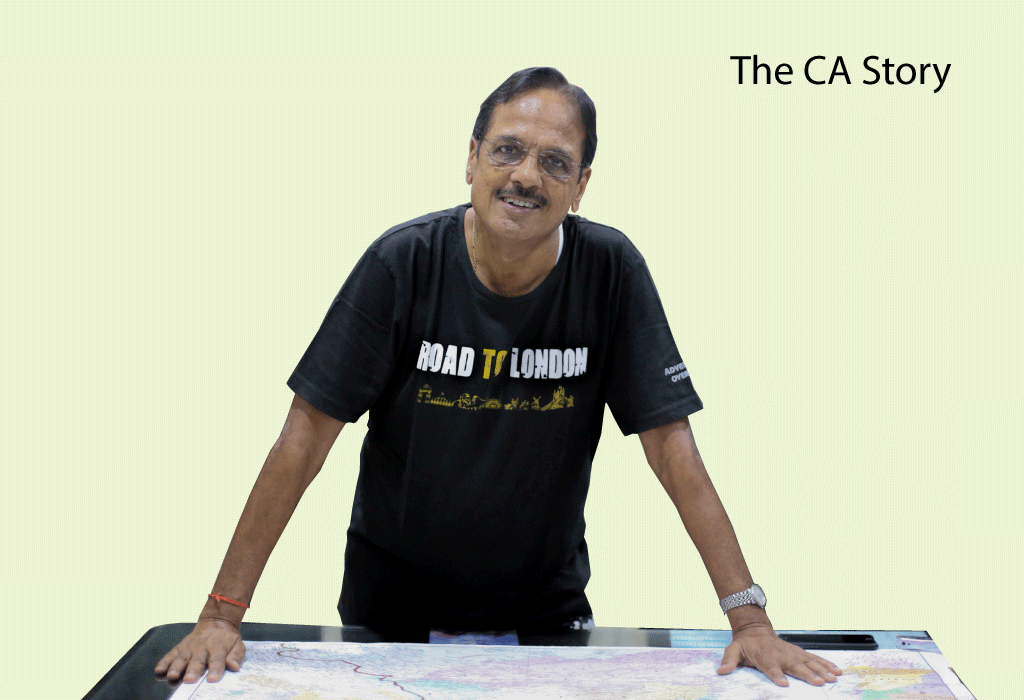 My family originates from Rajasthan (India) but I was born in 1945 in Bellary, Karnataka.

Growing up my family was struggling financially but inspite of all the challenges, I was eager to study.

Since I was good at Math, I decided to pursue the Commerce stream.

In my final year of B.Com, I secured a top rank at University and was inspired to pursue CA since I knew it would change my financial conditions and social status.

Also, I was always keen on starting my own business someday, I knew studying Chartered Accountancy would allow me to understand businesses better and make me more equipped to be an entrepreneur.

So, keeping all these factors in mind, I decided to pursue CA from The Institute of Chartered Accountants of India (ICAI).

I also pursued other professional qualifications like Company Secretary and Cost Accountancy.

After qualifying as a CA, I worked in finance & management with different private sectors within India and overseas.

At the early demise of my father, being the eldest I had to take responsibility for my 7 brothers and 4 sisters, besides my own family.

Once I knew I had fulfilled most of my major family responsibilities, I knew it was time that I start my own business. (I always had the desire of leaving a legacy for my children so that our future generations could benefit.)

The most important reason to be an entrepreneur was to live and work on my own terms.

So, after almost 18 years of working, in 1986, I decided to start my own export business under the brand name “Seeba”.

I clearly remember my first few clients were from the Middle East and after an initial struggle for 3 years, we soon became popular in exports.

From time to time, my company was awarded various export awards, in fact in 1993, Seeba was also awarded the fastest growth award by the Government of India.

From 2006 to 2009 I was the President of All India Stainless Steel Industries Association wherein I brought in a lot of dynamism and new thoughts. They recognised my services to the industry by bestowing on me their highest honour “Udyog Ratna” in 2017. 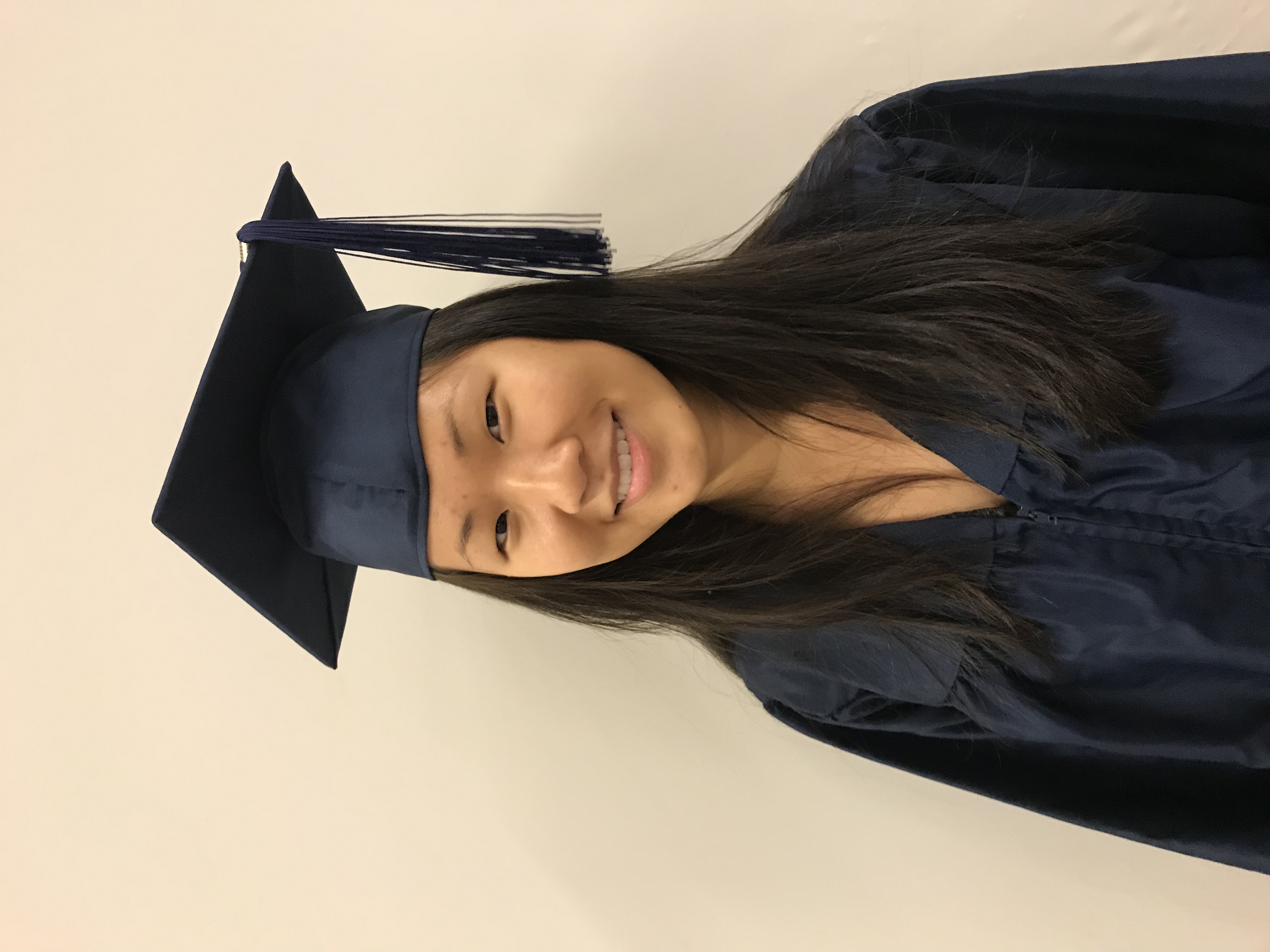 Pursuing my desire to travel

As a kid, I loved adventure treks and travels. I clearly remember when I was in primary school, I cycled a double ride for 60 km to watch a new dam site!

Later in school, we were taught certain things that looked unbelievable. Like, there are places in the world where the Sun rises only once a year and it shines at midnight. Similarly, I was told that once Mt Everest was declared the highest peak, people from all over the world failed to reach its top for 101 years!

All of these statements created curiosity.

I knew I could not afford travelling right away but I started daydreaming and at a young age, I made up my mind to travel and see these places someday.

Fast forward, when I was financially stable, I began fulfilling most of my travel dreams, ignoring the tremendous risk factor involved in achieving them.

I remember once I missed my train to visit Badrinath because of some business issues. At a short notice of 2 hours, I decided to self-drive from Mumbai to Chardham. It took me 45 days but it was an amazing experience. From there on, there has been no turning back.

I later self-drove non-stop 46 hours to watch mid-night Sun at Nordkapp in Norway.

I performed Mt. Kailash parikrama at the age of 60. This is a journey many of us dream to accomplish at least once in their lifetime. Keeping that in mind, I once again at the age of 65 lead a group of 95 pilgrims to Kailash-Mansarovar and Muktidham for a charitable purpose.

I cruised to Antarctica at the South Pole in 2006.

Inspired personally by Mr. Peter Hillary, Mr. Edmund Hillary's son, I trekked to Mt. Everest BC in 2008, at the age of 63.

In 2009, my wife and I were the first Indians to land at 90° North, the North Pole and float on a sheet of ice. There is nothing North, East or West to it and the place has no longitude and no time-zone. It was all to experience the place where the Sun and the Moon rise and set, only once a year. It was a childhood dream fulfilled!

We also challenged ourselves to participate in the ritualistic “polar plunge” and hold the record to be the first Indians to do so. (Not stating the obvious, but this act is considered silly and fatal if one stays in those waters for more than 90 seconds.)

At the age of 70, in 2015, I self-drove through Iceland’s rough and risky terrains, which included glacier walking as well as snow-mobile-ing.

Once in 2012, on a flight to London, I could see the beautiful Alps mountains and mentioned to my wife, Pushpa that one day I wanted to drive from home (Mumbai) to London.

She just replied with a “hmmm”, that too forcibly, knowing that it was one of those improbable dreams. However, I knew it is not unachievable.

A few years later, in 2016, while she was travelling I called her and asked, “we have a chance to drive to London. Are you interested?” She quickly replied “Grab it”. (She is not my better half, she is my best half!)

Finally, in 2017, after planning for 14 months, we were all set to start the biggest adventure of self-driving from Mumbai to London.

My granddaughter, Nishi aged 9 joined us on my drive from Mumbai to London. This long once-in-a-lifetime journey was through off-beaten tracks, rugged mountains, deserts and sand dunes, dense forests and snow, high altitudes, heritage sites, highways and cities.

Whilst it was all road drive except about 45 minutes cruise while crossing from France to the UK on the last day of the tour.

We had some great times and I remember one of the days having breakfast in Czech, lunch in Germany, tea in the Netherlands and dinner in Belgium.

The drive from Mumbai to London was over 22,000km, took us 72 days passing through 19 countries. And finally, we reached London exactly as per schedule. Mission accomplished.  Hip Hip Hurray!!

This epic expedition got me another recognition in the books of records, being the senior-most to achieve such feat at the age of 73. 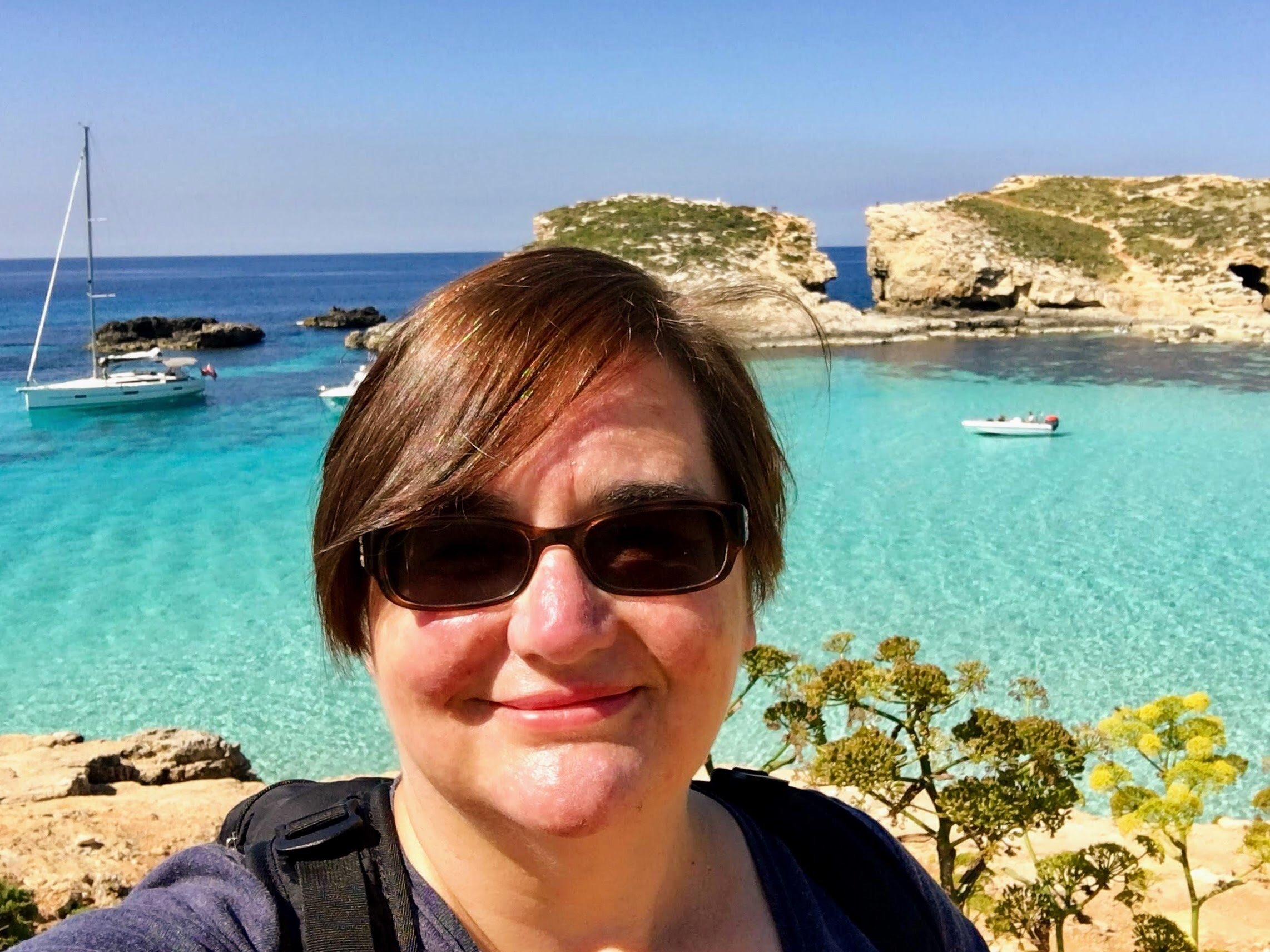 In Nov 2018, I just trekked to Annapurna Region in the Himalayas in Nepal, all by myself with a local guide.

In Feb 2019, I was off to a Winter Snow Drive in Russia. It was a two-week drive in deep snow in completely isolated forests. The journey included driving on frozen lakes and snow biking. There were special Sherp vehicles with which I could dive in the rivers with the vehicle.

In May 2019, at the age of 74, I picked up for a Mud track drive in Nagaland (India). It was a drive through the dangerous rough tracks and rivers

Almost all these expeditions were supported and accompanied by my dear wife, Pushpa...after all, over the years I traveled to 65+ countries whilst my wife has visited 53.

Questions I get asked often.

“How was your journey driving from Mumbai to London?”

There were times when I wondered “How can I do it?”. But I was committed to the idea and I removed the “How To” and replaced it with “Do It!”

After a lot of planning and research, we finally started our drive from Mumbai to London.

It was a drive of 24 days within India to visit all interesting places en-route including Bhutan.

The road to Kohima and onwards from Dimapur was quite awful with some holes about 6 to 8 inches deep, one of the worst we came across! At times we were driving at 5-10 kmph.

Along the way now we started meeting other members of our #RoadToLondon trip. (We were not alone in our journey as 12 other vehicles in Imphal; that joined us.)

In total, we had 26 adults and one child, it was lovely to meet new people. A jovial bunch!

When you fly into a place, almost everything is readily accessible and uniform, and so there is a disconnect. But when you drive, the experience of a place is more real in every way, revealing the essence of a place more accurately.

We thoroughly enjoyed the trip, though of course in such a long trip one should be ready to face unexpected anxious moments.

“What all arrangements did you make when planning this drive?"

Route planning, visa for all the countries, carnet for the car, arrangements for certain overseas driving licenses, and car registration overseas were some of the important factors one had to take care of.

To know all the exciting details, wait for my book “One Dream Is Not Enough” planned to be published in 2020.

BMW-X5, compact SUV. It has a better ground clearance of 229mm. The best to enjoy all types of roads including driving at 200km/hr on German Autobahns.

My life has been a journey of challenges, struggles, passion, hard work and adventure. My discipline and dedication brought me success to whatever I dreamt and determined.

My advice would be:

Badri Baldawa is a steel exporter and chartered accountant by profession, and a serious road tripper by heart. Over the decades he has hiked and travelled to several countries.

Do you have a dream which you would like to pursue? This is the time. Age is NO bar. You can connect with Mr. Badri at badribaldawa@gmail.com/ thecastory@gmail.com