Blockchain will radically change the way accounting is recorded, so accountants must take notes, says co-founder of a Global Blockchain Co

The finance profession must embrace blockchain because entire accounting systems will change as Central Banks launch tokens, and private and public blockchains rise. 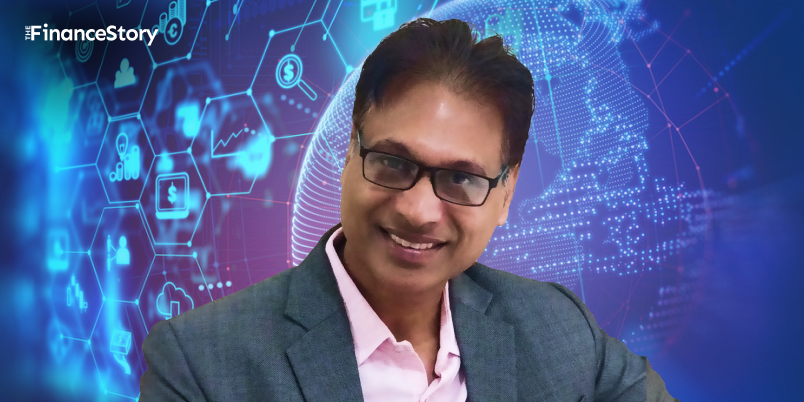 How did you become interested in technology and especially blockchain and crypto?

I graduated in 1992. I am a B.Tech ‎in Electrical Engineering.

I started my career with JSW, which is part of the Jindal group.

Since then I have worked with various companies in India, as well as outside of India. Some of the names are IBM and Deloitte.

I spent a good amount of time in the US, almost seven years. But ‎I decided to come back in 2013 as I was looking to build something of my own as an entrepreneur.

In 2016 I decided to travel for four months and visited 17 States. That is when I met my friend's son, Prashant Surana. He was based out of Hyderabad.

Prashant was already doing something in the blockchain space. He was a crypto trader and was running that under a brand called Snapper with a couple of his friends.

Some of the ideas that cropped up, were to create a crypto exchange or to go for an enterprise blockchain solution.

We also knew that crypto had regulatory challenges and there was a financial and legal risk.

We decided that we will focus on the technology. That is how the journey of Snapper Tech began.

We need to develop an income tax slab for digital assets, but imposing a 30 percent tax rate on Virtual Digital Assets (VDAs) is a bit too far says Neeraj Khandelwal, Co-founder of CoinDCX.

What type of blockchains are there? What are the names of your products?

There are two kinds of blockchain. One is a public blockchain and the second one is private, or you can call it permissioned blockchain. It can be hybrid also.

Similarly, as far as enterprise blockchain is concerned, it is a permissioned one.

The hyper fabric is a permissioned blockchain ledger where anyone, any group of companies, or a consortium can come together and build a platform using that framework. They can create an application, which is used for enterprise.

We can use that for financial purposes, like payment and trade finance and all that.

Now let's focus more on the public blockchain. Mainly that is where a token is created.

It started with Bitcoin, which is a cryptocurrency that has tokens. It works on a public blockchain.

There are various crypto tokens in cryptocurrency, which are available in the market, and are traded.

People have a limited understanding of cryptocurrency.

Cryptocurrency is just one kind of use case which uses blockchain technology. Other use cases are tokens.

The subject of decentralisation is vast, but everything works on blockchain technology.

Our product portfolio is robust and growing fast. One is called Snapcert, a document or certificate of credential insurance and verification platform based on Hyperledger Fabric.

We already have some customers, government and private, who are using that product.

The second is the Track and Trace solution. And the third is a healthcare solution to track data, called Healthcare Chain. 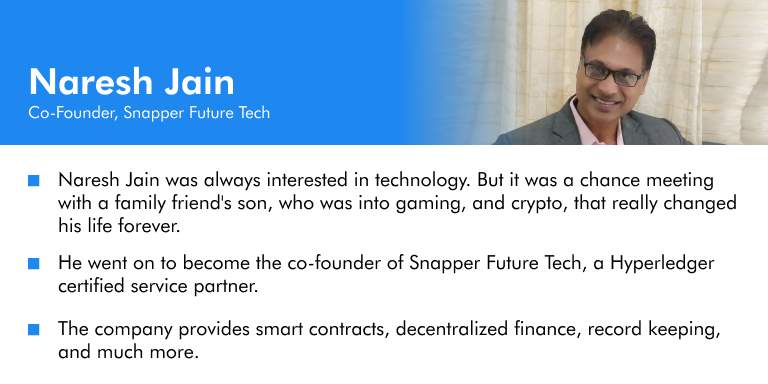 ‎What is the difference between NFTs and tokens?

First of all, let's understand one thing, there are two kinds of protocols.

Fungible token is like your cryptocurrency. It is like the paper currency, but it is decentralised and not linked to exchange rates set by central banks.

NFT is unique. Any product or any asset which has digital representation can be called NFT. For example, an artist can price his or her asset through a set price as an NFT.

NFT is unique to the individual, there can be only one owner of that NFT. You can trade your NFTs and people buy them from you in marketplaces.

NFT is something that is going to come in a big way even into the B2B industry. 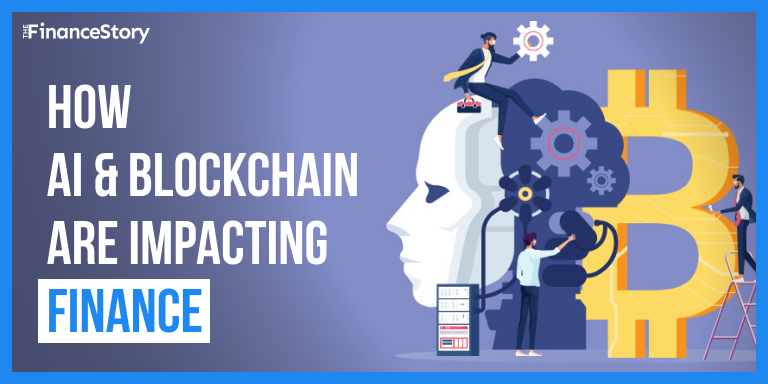 The future of finance is clearly set in AI and Blockchain, as companies embrace these technologies and expect the speed of business with data crunching made at speed.

Blockchain is not like a regular technology. It is not a mobile application that you can simply go to an organization and implement. It is an ecosystem play.

When you say ecosystem play, it means you have to create a sort of consortium as an entity.

You have to bring your supplier, the customers, or your partners together and start using it. So selling blockchain is not an easy game and it is not something an IT guy can make a decision on easily. There has to be a business angle when you sell.

So when we go to companies, and customers, we mostly connect with the CXO level folks like CEOs, CFOs, CTOs, etc to take our use cases forward.

There is a lot of education required in identifying the right use case and then convincing the customer to go for some kind of platform or application based on blockchain.

‎‎In organizations, do you see a growing need to move away from these centralized systems and towards decentralization?

I can tell you one thing, as of today most global banks and companies have started doing something related to blockchain. Banks have to innovate or go out of business in the next five to ten years.

The whole immutability and transparency aspect of blockchain is transformational change. By adopting blockchain technology in your organization there will be easy audit and tracking of data.

As central banks launch stable coins, banks need to have blockchain technology. Tokenization is real and decentralized finance will be real.

Do chartered accountants also have to understand how to reconcile blockchain transactions? How can we stay up to date with this?

‎Yes! It is important for even accountants to really understand what blockchain is, how it functions and what would be the potential impact of blockchain technology on the accounting side.

In fact, we are working with one of the FinTech companies where we are talking about auto reconciliation and settlement.

Reconciliation will happen automatically through the platform and relationships between buyers and suppliers or your customers and banks would be reconciled automatically.

Payments would be happening through smart contracts using escrow services. If, as an accountant, you don't understand what all this means then you will fall behind.

Accounting practices will change because blockchain will connect your partners, suppliers, customers, and banks all on the same network and ledger. This alone will make accountants reskill themselves.