YOLO! Why former Managing Director went from crunching numbers to taking a sabbatical at 40 for Yoga & Cricket (amongst other things)

The corporate life did not let CA Swanand Kelkar - former MD, Morgan Stanley, pursue his other passions. Hence at the age of 40 he decided to take a year-long sabbatical.

Early on in school, I realised that I had a thing for numbers and accounting. Like most students, through the process of elimination, I arrived at commerce.

Almost every commerce student follows the age-old path of Chartered Accountancy if they are reasonably bright and score decent marks. I did the same.

After graduating from the University of Mumbai I enrolled at The Institute of Chartered Accountants of India (ICAI).

While pursuing my articles from A.F Ferguson & Co I started to learn about business.

Fast forward, I qualified as a CA in 2002, but was quite unsure about my next move.

It was my girlfriend Prerna (now my wife and a CA) who then said “Hey there seems to be this CAT thingy. Why don't you research a bit and see if you can take it?”

I said to myself, “There is no harm in trying, so let's give it a shot”

Thankfully I did well in the entrance exam and went to IIM Ahmedabad to pursue my MBA in Finance.

From an Analyst to MD of a division at Morgan Stanley

After qualifying as a CA and earning an MBA degree from IIM-Ahmedabad, now came the big question, “What should be my career path?”

Equity trading fascinated me the most. Not that I was an expert or anything, but more of a retail trader.

Luckily several equity research firms turned up at the IIM campus placement program and I landed a job at Fidelity India from campus. I later joined HSBC in 2006.

After a year and a half of working at HSBC, I shifted to Morgan Stanley as an analyst.

I was part of the Global Emerging Market equity team, where I oversaw a public equities portfolio of about $3 billion.

Funds advised by me had top decile performance between 2014 and 2017.

The career growth was fantastic and I eventually rose through the ranks to become Managing Director.

Sabbatical at the peak of my career

Life was moving at the pace it was supposed to, however, I was unable to make time for my other passions; yoga and cricket among other things.

Years went by and one day I came across an article in the Wall Street Journal where a guy decided to try out twelve difficult activities in a year.

That article was an eye-opener for me.

Growing up in a typical middle-class Marathi family, back in the 90s, the trajectory was mostly predetermined.

It looked something like this….finish your 10th, and 12th standards, then complete your graduation, post-graduation, pursue an MBA if you want and your career journey begins thereafter. Then you get married, buy a house, get a car, and start paying EMIs.

Burdened with these professional and familial responsibilities you barely get any time to pursue your other hobbies.

When I turned 40 a couple of years back, I finally said “Okay, I seem to have done reasonably okay for myself. What if in a span of 12 months I too tried out 12 different things that I am passionate about?”

By God’s grace, I could afford a holiday of 12 months where I could sustain myself on a very small income.

My wife was extremely supportive and that worked in my favour as such decisions are never individual decisions.

After a lot of planning, I finally took a year-long sabbatical starting from February 2020. 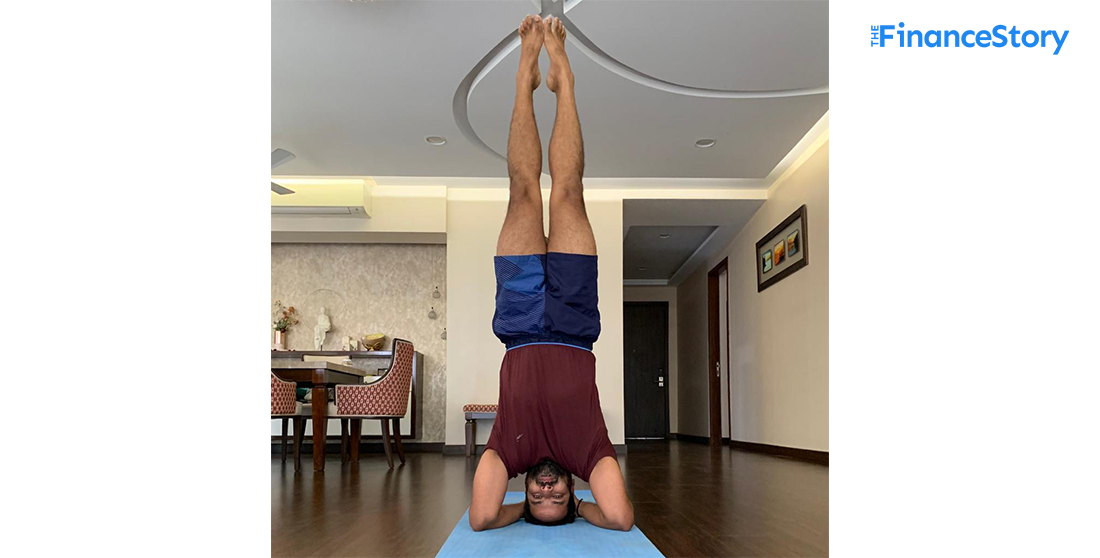 My Year-Long Sabbatical in the midst of Covid-19

After working day in and day out for almost 12-15 hours a day and sometimes even on Saturdays, I was also excited about my year-long sabbatical.

The plan was to spend one month learning a few different things that I always wanted to.

I was always interested in yoga right from my school days. I pursued it on and off for the next 20 years. I mean in corporate life with the pushes and the pulls you do not find time to do it regularly.

For a long time, I had wanted to dedicate a month to yoga. That is why I started my Sabbatical with a flagship 28-day teacher training course in an Ashram in Madurai.

Once in the ashram, I was not keeping up with the outside world as Yoga is all about focussing inwards. I was not reading any newspapers or checking stuff on the internet, also the internet connection there was very patchy.

And once the course finished, in the middle of March 2020, the first news headline I read was ‘India has shut its borders due to COVID-19’.

I was pretty shocked, to say the least, and said “Oh God! This seems to have become really serious in a month's time.”

I had plans for my sabbatical. For instance, I wanted to go to South Africa after finishing my Yoga course. I had already booked the flight tickets, and even the hotel but all of them got postponed. It was in a way frustrating.

The first question that came to my mind was – “Should I go back to working or should I continue with the sabbatical?”

It was a phase of uncertainty and indecision.

Call it what you want but I said, “Okay, the company has granted me a year-long sabbatical. Let me try and make the most of whatever I can.”

I had to redraw my longer plan too and that included sacrificing a few of the 12 things I had originally envisaged doing.  I soldiered on.

Dancing of any sort petrifies me. So I started taking online dance lessons in early June. The outcome of my dance journey is up on YouTube and I hope it will serve as a reminder to never cling to the bar again.

After that, I finally went to South Africa to train at the Gary Kirsten Cricket Academy for a month in Dec 2020. I got a chance to interact with the great man himself. This provided some sort of positive energy to my body.

Before flying out to Cape Town for a month, I spent a week at the GKC India facility in Pune to remind the bones and muscles what cricket felt like.

Then for the rest of the sabbatical, I pursued all the other stuff that I was curious about. I spent a month learning a bit of cooking, and so on.

All in all, it was a life-changing experience. Although my sabbatical ended in February 2021, I would be willing to do it again in a heartbeat.

All through the sabbatical, I had banished the thought of work from my head, telling myself I would cross that bridge when I came to it. I am glad I did not let it weigh me down.

Another “Frequently Asked Question” during the past year was, “Will the sabbatical change you as a person?” That is a thought I did not banish.

In fact, I entertained it as a curiosity, knowing well that I would never be able to answer it myself.

My wife tells me she is happy that I now sit down for breakfast instead of looking for socks with a slice of toast dangling from my mouth.

As far as my future goals are concerned, I am in the last lap of co-founding the new startup Breakout Capital. It is an emerging market public investment fund. The startup will get off the ground by the next month or so.

I am very excited about it.

Do you see successful young professionals opting for a sabbatical?

I think the lockdown in a way has forced people to confront the questions that they were trying to brush under the carpet. They are seeking answers.

A lot of people are saying that they want to spend time with their family and friends instead of toiling mindlessly. I like the change in their approach to life.

I am not sure about people opting for sabbaticals or resigning from the workforce but I mean there are so many people who have already opted for a 4-day workweek.

Many of my friends also said to me “I think I have enough money to feed myself dal chawal (Lentil and Rice) for the rest of my life. That is it”.

To talk of The Great Resignation, I think the root of great resignation can be attributed to maybe going inward or figuring things out. It is about understanding that maybe money, power, fame, all those things have a certain place. They are not everything.

And I guess the younger people understand this much better than some of us who have grown in a sort of a scarcity mindset. I think the newer generation, is much better at asking “Do I really need this?”

I have had a lot of 20-year-old kids coming up to me and saying that they want to get into investment banking.

When I ask them, why they want to get into investment banking their answers are a combination of “It sounds cool” and “It pays a lot of money”.

Having worked with a Wall Street firm for almost 15 years, I can assure you, that it is nowhere near as glamorous as it is made to be.

Whether you are starting a startup or making any sort of life decision (or for instance taking a sabbatical), be honest as to why you are doing the things that you are doing.

Lastly, I feel different people have different motivations. My motivation comes from this saying Yolo which is an acronym for You Only Live Once, as millennials call it. This influenced my decision-making more than the desire to add another million to my net worth.

And as long as I am physically able to do the things that I enjoy, I do not want to live with regret.