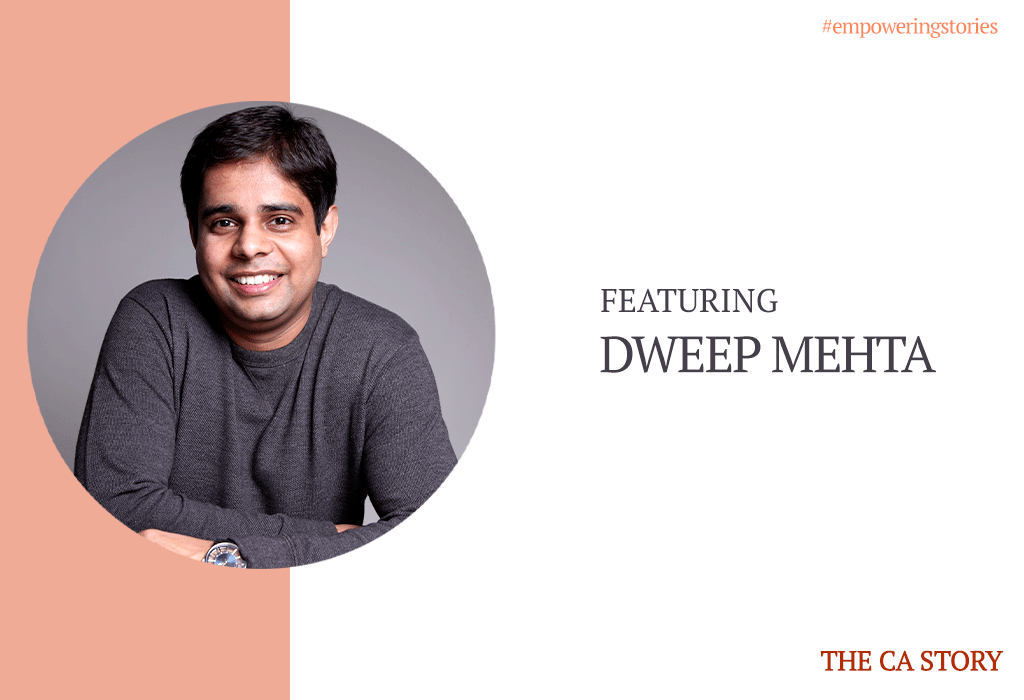 Why Did I Immigrate to Canada From India?

Just like many other young people, my reason for immigrating to Canada from India was to look for greener pastures.

I was born and raised in Mumbai, India. My life in Mumbai was good. I had a nice job, amazing friends, and a great family. However, the everyday commute to and from work was getting on my nerves.

The traffic, the crowded trains, and the buses all seemed to be getting too much for me to handle (I am sure most of you reading this would have experienced this). This was tiring, and it was beginning to affect my health negatively. Somewhere inside of me, I wanted to move out of Mumbai to live a better life.

In 2012, my cousin, who is like an elder brother to me, told me that he was migrating to Canada.

Once he moved to Toronto, he kept updating me about his life there. He was really happy and had progressed greatly in Canada in just a year.

Around that time, I was engaged to Radhika (now my wife!) – I told her about my plans and she willfully agreed to immigrate to Canada if it meant a better quality of life and a better future.

Of course, we would miss our family and friends, but the difficult decision had to be made if we actually wanted to live the life of our dreams.

This is what we exactly did:

Once we got our visa and it was time to move to Canada we were going through these weird emotions. Though we were overjoyed to begin a new life in a new country, we were still sad to leave our family and friends!

Now the next big question was which part of Canada do we move to? 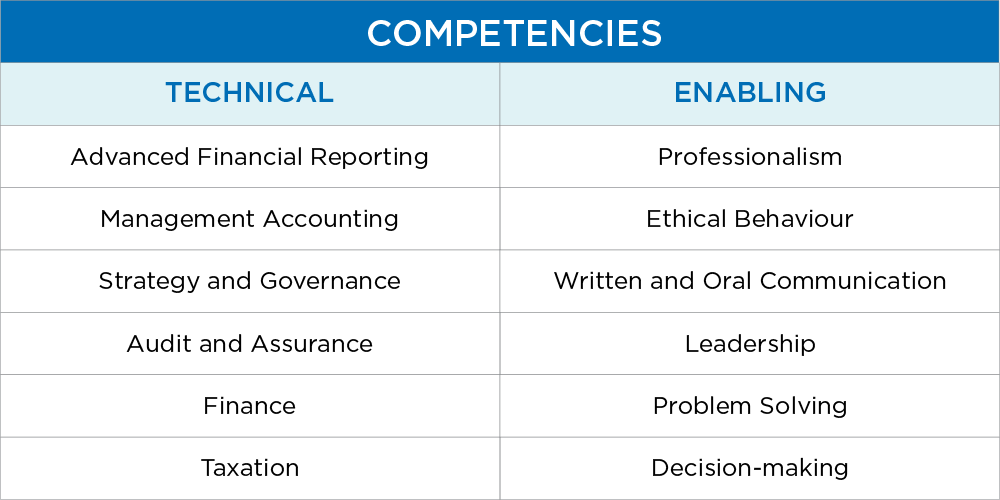 Deciding to move to Toronto

Once we got our PR, we decided to move to Toronto, Ontario.

I selected Toronto because my cousin was in Toronto, specifically Mississauga. (However, just before I could move to Toronto, he had to move to Edmonton, Alberta for career reasons. Luckily, I had my uncle and other relatives in Mississauga and nearby cities, so I did not think of moving to Edmonton.)

Also, there are lots of job opportunities in Toronto for Indians and other foreigners. Selecting the place of residence depends on the individual’s preference, spending capacity, and place of work.

If you take my example, I live in Mississauga which is comparatively less costly than the area in which I work in Toronto. However, I have to spend more on transportation. Alternatively, I could have lived in Toronto and spent more on rental but save on travel costs.

In my opinion, Toronto and the cities within the GTA have comparatively more scope for Accountants than other cities in Canada.

The next best city for Accountants to live in Canada would probably be Vancouver, British Columbia. In the last few years, even Alberta has had great opportunities for Accountants.

Starting our Life from Scratch in a New Country

Like millions of people around the world when I immigrated to Canada from India in September 2015, I brought with me some dreams along with my luggage.

When we first moved here, we stayed with my uncle and aunt for two months before we were able to rent our own place.

We were lucky to have them as they guided us through the basic knowledge we needed to settle down in this new country.

We had a lot of things to get used to within that space of six months, especially the snowy winter.

Meanwhile, my uncle introduced me to his friend who connected me to someone at the Toronto Chapter of the Institute of Chartered Accountants of India (ICAI). This was to be my stepping stone for finding a chartered accountant job in Canada.

I joined the ICAI Toronto Chapter in October 2015. It was then that I realized the importance of referrals and networking in Canada.

Actually, networking and referring are a part of the Canadian culture.

Luckily I found my first job within 4 months. It was a contractual job and not a permanent one. So, when you first move here be ready to join jobs on a contract basis before getting a permanent one! 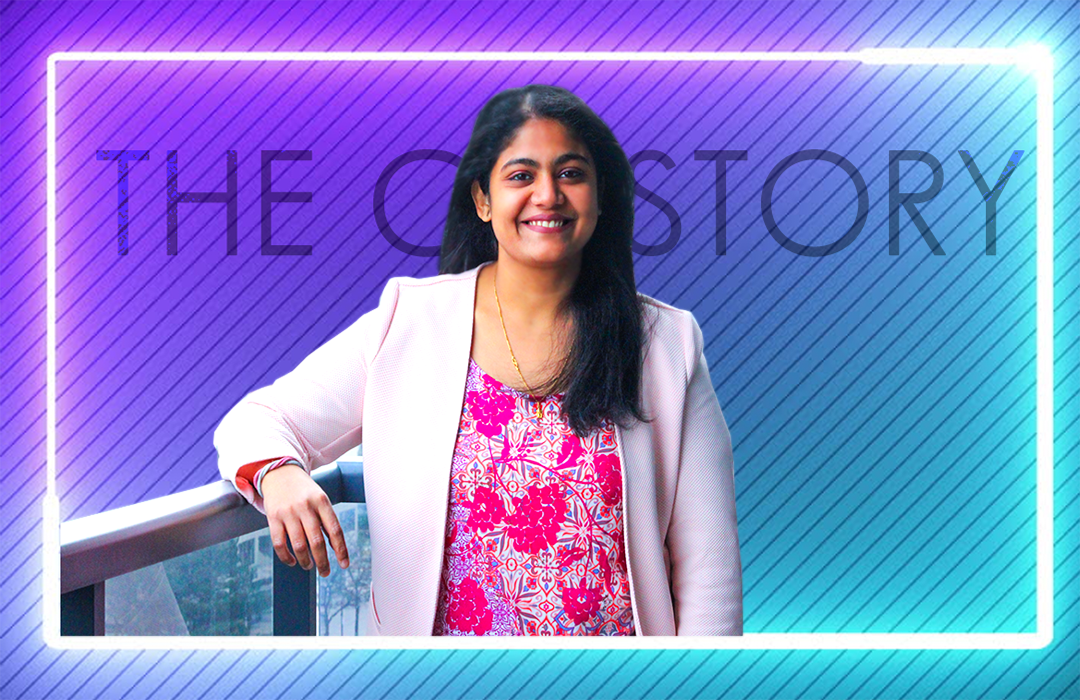 How this CA From India Immigrated to Canada, Found a Job and Qualified CPA Canada

Soon, I also realized that in order to succeed as an Indian Chartered Accountant in Canada, I would have to get the Chartered Professional Accountant (CPA) designation.

I decided that as soon as my contract job ends, I would not take up another job. Instead, I would dedicate my time to achieving one of the greatest landmarks in Canada – CPA.

I am lucky to have a very supportive partner who encouraged me to focus 100% on my CPA studies. She worked and managed the finances for 6 months so I could give my best and study for my exams.

(It is also possible to pursue CPA Canada while working full time. However, you need to find a balance.)

I did enroll for CPA coaching as well. Immediately after my CPA exams and before the results could be declared I took up another contract job.

Luckily, I qualified as a CPA on my first attempt!

Looking back at it now, I realize that I took a big risk of not working for almost 6 months. I am really lucky that the risk paid off well.

Finding a Permanent Job in Canada

So now my next goal was to find a permanent job.

I knew there were many opportunities for Indian Chartered accountants in Canada, and I couldn’t wait to get one- a permanent job, unlike the contract jobs I had done previously.

To celebrate my CPA success, my family flew down to attend my convocation ceremony. It was a proud moment for all of us.

Surprisingly, for almost 2 months, I was at home, unemployed, searching for jobs, even after getting the CPA designation. Everyone advised me to be patient. They all said Canada has a habit of testing one’s patience!

A few days later I came across a job opportunity but again it was a contract job and not a permanent one! Instead of just waiting for a Permanent job I took up this contract job to get that ‘Canadian Experience’. But the search for my Permanent job was still on.

I contacted various recruiters and approached many people.

One day I got a call from a recruiter saying that I had an interview scheduled at an organization. I went for the interview all prepared. Luckily the interview went quite well. They called me for the second round of interviews which again went pretty well.

After a few days, I received a call from the recruiter.

The recruiter mentioned that the interviewers were very happy and that I had “GOT THE JOB.” Finally, my persistence paid off, I landed a permanent job in Canada.

Achieving this goal was a big success.

Buying my First Car in Canada

They say it takes 1000 days for one to settle in a new country. At this point, it had been just 750 days since I immigrated to Canada from India.

People feel that they are settled if they have a permanent job, own a car, and own a house. I also felt the same to some extent. So now my next goal was to have my own car.

After almost 2 months into the new job, I felt the need to have my own car and finally, I got one. (In my case, we bought our first car only after 2 years as we lived in Downtown Mississauga where everything was very accessible.)

Another feather in the hat!

Do you really need a car in Canada? Buying a car depends on an individual’s usage, place of residence, place of work, proximity to bus stop/bus terminal/train station, and proximity to the grocery store.

We could manage everything even in the harsh winter. The GTA has very good connectivity via bus, train, subway, and streetcar. Almost every city in the GTA has its own transit system.

For example, Toronto has Toronto Transit Commission (TTC), Mississauga has MiWay (Mississauga Transit), Brampton has Brampton Transit, Oakville has Oakville Transit, and York Region in North Toronto has York Region Transit (YRT). The transit system which has the largest connectivity is GO Transit. Each of these is well connected to each other as regards timing and distance from each other.

Buying my First Home in Canada

I still had 250 days for the next goal – Buying a house in Canada!

I was working hard at my workplace to prove my worth, participating in my organization’s events, and developing strong relations with everyone.

Meanwhile, the Creator showered His blessings upon us with a little bundle of joy. Our shining little star – Nivaan proved to be a lucky charm.

My hard work paid off and I was promoted within 6 months of joining the company. I had proven myself and was motivated to work harder for the next goal.

During that time, the real estate market in the Greater Toronto Area (GTA) was booming. The price of properties was on the rise, so it was challenging to find a house within our budget.

It became a daily routine to check out 1-2 houses after work for almost two months.

After a few negotiations, we agreed on the price – March 29, 2018, we can never forget this date. This is the date when we became the proud owners of a house in Canada.

I achieved my goal well within the stipulated timeframe of 250 days.

Days passed by quickly and within no time, I reached the milestone of residing in Canada for 1,000 days and became eligible for Canadian citizenship!

Questions I get asked most often:

"Best Places to Live when you Immigrate to  Canada."

The southern part of Ontario is the most popular destination where foreigners who migrate to Canada settle. This is basically because of Toronto’s ethnic diversity, and because most of the ex-pats work in the Greater Toronto Area (GTA).

With a little over half of its residents born outside of Canada, Toronto is the most prominent example of multiculturalism in Canada.

Montréal, the largest city in Québec is in high demand among ex-pats as well. Other popular ex-pat destinations include Vancouver (British Columbia) and Edmonton (Alberta).

In recent decades, the northern parts of Alberta have gained increasing importance as a destination for both workers from other parts of Canada and ex-pats from all around the globe.

Due to Alberta’s rich natural resources, especially the massive oil reserves, ex-pats with skills in engineering are in high demand. While salaries for foreign specialists are exceptionally high, severe weather conditions make the region a less than ideal place to live, especially for ex-pats with families.

(Kindly do your research well before selecting the place you want to move to. The above is just my opinion!)

"How to Find a Rental Apartment in Toronto?"

"What you need to know about obtaining a Driver’s License in Canada?"

You can apply for jobs in Canada at the following websites:

Are you Immigrating to Canada from India? Here is my advice.

3. Have a second source of Income

Now It's Your Turn

Have you moved to Canada or any new country? Or do you have any questions for Dweep?