How Chartered Accountant and MBA from IIM decided to become a professional poker player.

From a Hindi medium student to a first attempt Chartered Accountant

As a student who came from a Hindi medium school and spoke broken English, pursuing CA never really crossed my mind.

In fact, I wanted to pursue a Bachelor of Computer Application (BCA) course, as it was very popular back then. But because of scoring average marks in the 12th board exam, that dream never became a reality.

Since it required no demanding entrance exam and had a reasonable fee structure, I went for it. Also, I was very good with numbers.

A lot of people around me said – You will not make it. It is very tough.

I too was nervous, after all, they were right.

In spite of the odds, I went ahead, thinking that even if I only complete the intermediate course (aka PCC) I will get a good job.

Luckily everything fell into place and I qualified as a Chartered Accountant in 2008, that too in the first attempt. Not an easy feat for someone who could not even speak a word in English!

I was on cloud nine and it surely built up my confidence.

This CA left his private equity career to build an Integrative Oncology healthtech platform. Here's how it impacted over 100,000 lives.

Getting an unexpected call from IIM Indore

After 4-5 months of becoming a Chartered Accountant, I started working at Tata telecom as an Analyst, and thereafter within six months, I switched to Torrent Pharmaceuticals.

Surprisingly the job was not as hectic as I thought it would be. Most of the time I was done with my work by 6’o clock.

Coming from Gujarat (a state in India where most people are entrepreneurs), I too felt I should be one. There was this desire to start something of my own and live a flexible life.

Unfortunately, I had financial responsibilities and did not have the capital to start out.

As I had nothing specific on my to-do list and with no intention of doing an MBA … I decided to give the IIM entrance exam aka CAT.

I kept telling everyone I would go for an MBA only if I get into IIM Ahmedabad, fully knowing I would never get selected there!

As luck would have it, I scored 99.5 percentile in the entrance exam and got a call from IIM Indore.

My well-wishers encouraged me to go for it as it was a great opportunity.

It was a difficult decision for me though, considering I got married 6 months prior to this and opting for an MBA meant studying for two years with no income.

But my wife and parents encouraged me to go about it. I took the decision and went to IIM Indore.

One day when I was walking around the premises of IIM, I came across some of my classmates playing Poker. It piqued my curiosity so I requested them to teach me.

They were extremely generous with this whole thing and taught me the ins and outs of the game.

Poker is all about mental strength and mathematics, and I turned out to be naturally good at it.

Fast forward two years went by and after completing my MBA, I took up an opportunity with CRISIL.

Life was going on… but again the desire to do something of my own resurfaced. This time I had even more financial responsibilities considering the study loan I had taken for my MBA.

Life continued and nothing really extraordinary happened in the next 3 or 4 years concerning my “starting something of my own” plan.

The turning point was a trip to Goa where I discovered Online Poker platforms.

After finding out that it was legal, I slowly started playing it for fun. In fact, one year, the poker earnings were even greater than my formal salary.

Over the weekends I also started providing coaching classes to a few CAT students. Four of them even got into IIM. This gave me a business idea – Why not go full-time and start a coaching class for students who want to do an MBA from IIMs?

By now I had some savings that could pull us through for two years even if I did not earn anything.

“Now is the moment,” I thought, otherwise, in the future, it might get difficult with all the increased financial obligations.

After discussing the idea with my wife, I quit my job to start a CAT coaching class. 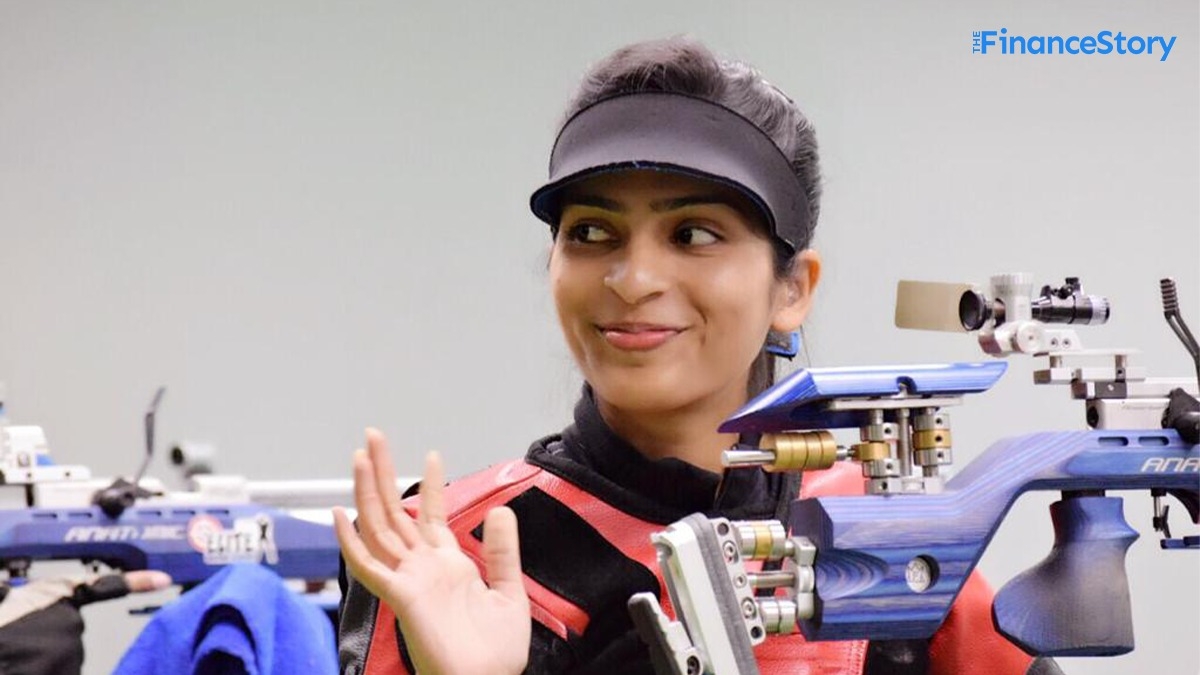 From winning 117 medals in rifle shooting to qualifying as a chartered accountant: Meet Priyal Keni

A little change of plan: Becoming a professional poker player

My plan was to move to Pune and start a CAT coaching institute since there were many Engineering colleges as well as many students pursuing CA.

I moved to Pune, as per the plan only to realise that students prefer going to an established institute compared to a new tutor like me.

It was also very laborious to go to different people and tell them about my coaching class.

Alongside all this, I would play poker on the side to take care of our regular expenses.

This went on for the next three to four months and eventually, the whole coaching thing got pushed aside and poker became the focal point of my day-to-day life.

You guessed it right… my family and wife had always been against this whole thing, after all, they considered it gambling.

But with time they accepted my career choice. And that is how this unpredictable yet exciting journey started.

I was also part of the Poker sports league for all of the last 3 seasons which was even broadcasted on OTT.

In fact, I am one of the Top Poker Players in India.

Poker is not for everyone... as 95% of people lose their money with a gambler mentality!

Poker is mostly skill-based rather than a luck-based game, in the long run at least.

There are mainly three important factors that play a huge role in poker; mathematics, game theory, and psychology.

Let me elaborate on each of them.

Mathematics: Through math, we can understand the probability of a certain card coming up, using permutation and combination to figure out what type of cards there could be. There are also many books, videos, MIT courses, and Poker software out there that could teach us how to build those winning strategies.

Game theory: Figuring out what type of cards could be in the other person’s hands. What type of cards do I want to show to my opponent as compared to what I actually have. Game theory teaches us these strategies.  With the help of game theory, we become unexploitable to our opponents.

Psychology: You have to be mentally strong if you want to win this game. In the short run, luck plays a role though. When you put money into the pot suppose you have an 80% chance of winning and the second person has a 20% chance but because of luck the second guy might win for the first few times. So, you should not be mentally affected by that and remind yourself that in the long run it will be evened out.

The downside of poker:

Take the plunge before it is too late

I clearly remember a manager I reported to at my previous organization (Torrent Pharmaceuticals) who told me that I would never become a Vice President (VP) let alone a CFO in my life.

That sort of confused me and got me thinking, ‘Why cannot I become a VP?’ At that moment, I told myself that I would definitely prove him wrong.

Today 10 years later I am so glad I did not become one.

I clearly did not have those skillsets needed to build a successful corporate career and even if I tried to do it forcefully I would end up being miserable.

You may earn a fat salary every month but if you do not enjoy your profession then what is the point?

As a poker player, I have the flexibility to live my life the way I want. Yes, it is not an easy life. I work hard. I have to practice, read a lot of books. Also, I play usually at night so let’s say after 8 PM until 5 AM.

Because of this, my sleep-wake schedule has become abnormal. Needless to say, it is quite difficult for my family as well.

Some days or weeks we do not even get the chance to talk to each other properly, despite being under the same roof. It is hard but I try my best to give them my time and attention.

But if I want to travel and go away for 6 whole months, I do not have to worry about my job. I can play from anywhere. I can pursue my other hobbies, such as learning how to play the flute, writing books, and meditating. We live a very frugal life and contrary to most people's beliefs I am very risk-averse.

To everyone reading this, becoming a Poker player takes a lot of preparation. In fact, 95% of the players lose money and only 5 % make money.

I am not encouraging anyone of you to take up Poker, my only message is: Take the plunge now to pursue your dreams it could be a job, a passion, an entrepreneurial stint.... even if it seems impossible. It is better to fail after trying than never trying at all.