Meet this CA who overcame a brutal accident, was left paralysed at age 28 but fought and recovered within a year 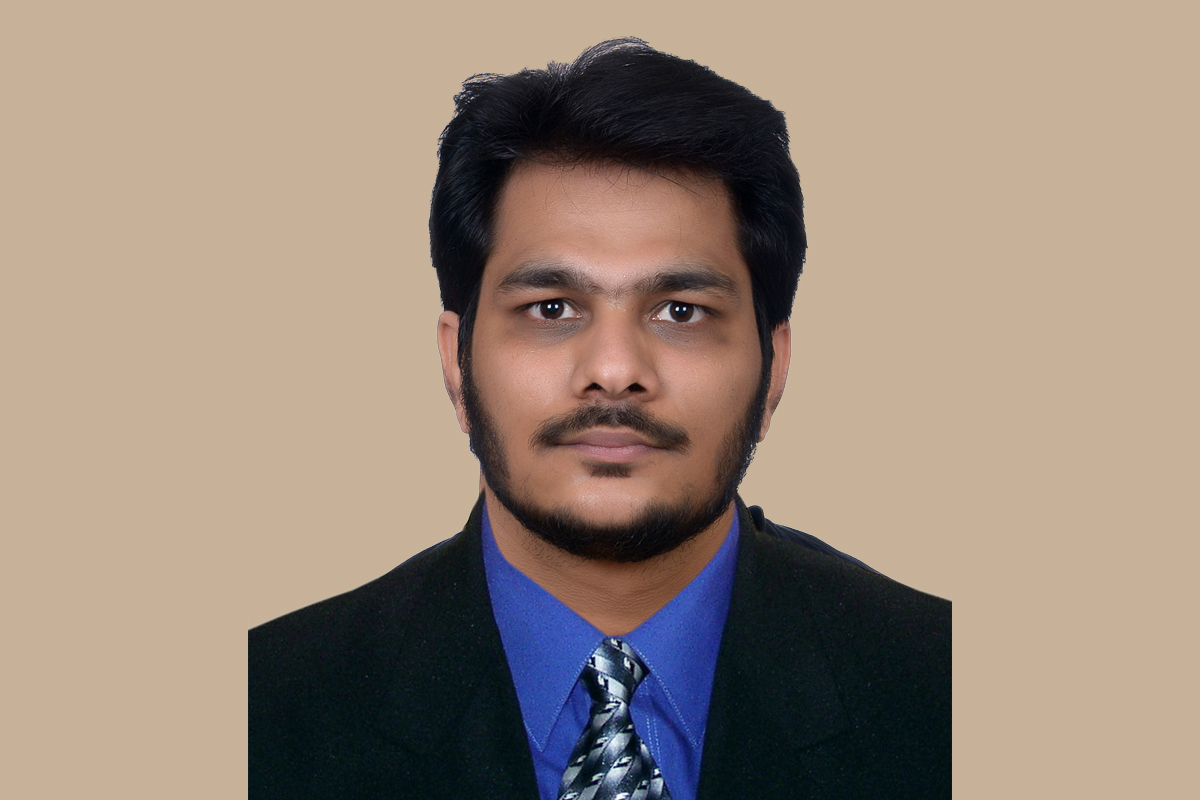 Keeping alive the dream of my city

Born and bred in Bhilwara; I ended up taking the commerce route.

For all those who do not know - the textile city of Bhilwara is also a major hub for CA students and thus beholds the dreams of numerous aspirants.

In fact, most households here have one family member who is a Chartered Accountant.

Needless to say, I was inspired by the many CAs I knew and pictured myself in the same frame.

When it was time to decide “what next”, I too jumped on the CA bandwagon and started my journey. This was in 2005.

I quickly cleared the first and second levels of CA from ICAI (The Institute of Chartered Accountants of India) and started with my mandatory 3-year articles at a CA firm.

Now I just had one more level to pass – CA Final, before I could qualify as a Chartered Accountant.

I could sense an unspoken expectation from my family and the societal pressure to clear CA at the first attempt was huge.

Well, with all hopes I moved to Indore (another city) to get some additional coaching.

By now I had prepared well for my CA Final exams and had made plans of what life would be like after qualifying as a CA….however life had something else in store for me.

Just 4 months before my CA final exams, my right hand (also my writing hand) got stuck in an elevator’s grill. This damaged my hand’s nerves, leaving it paralyzed, and thus I was unable to write for almost 2 months.

God showered his blessings on me and luckily with therapy my right hand started healing. I was able to write my final exams.

And finally, the result day arrived - taking into consideration, all my past efforts in preparing for the exams, I was expecting to clear the exams. But to my surprise, I flunked in one subject (for the layperson who is reading this, if you fail in one subject that entire group consisting of 4 subjects has to be rewritten). Thus I failed and had to reappear.

I was deeply shattered and wondered how could this be possible as I was confident I had done pretty well in that paper.

By no means I could convince my inner self that I could fail in that one particular subject, a subject which according to me could have contributed a minimum of 80 marks in my overall result. So, I went for rechecking and kept my fingers crossed.

Checking ICAI's website with a heart filled with hope, became a routine.

Almost three months had gone by but there were no updates. To add, my hopes were so high that I did not even start studying for the exams that were scheduled in May.

My mother gave me an earful and so with a heavy heart, I tried to focus on my studies.

Just as when I was about to give up, the magic of belief unfolded, I got a call from my colleague that rechecking results are out and I had cleared the subject and so the group.

Now I was a qualified Chartered Accountant….a dream come true.

In the meanwhile, I even cleared my Company Secretary qualification which I was pursuing simultaneously with the CA course.

After qualifying as a CA and Company Secretary, I was selected by PwC to join their audit team in Mumbai. This was again a dream come true.

Over the years I got promoted, jumped for a new role to another big 4 audit firm Ernst Young (EY), and so on.

In short, my career and life were on track just when I met with a life-threatening road accident!

I had to undergo major brain surgery, was hospitalized for a month, and was completely paralyzed. Shattered and devastated I was brought back to my hometown by my family.

Days seemed so long to me, there was sadness all around, in the eyes of everyone, my mom, dad, my elder brother, my sister in law and the love of my life- Sonam.

The Physiotherapist told me that it will take a minimum of 3 years for me to stand on my own feet. This was heartbreaking news for the entire family.

I was only 28, full of dreams and aspirations but completely paralyzed and bedridden.

Should I just give up? 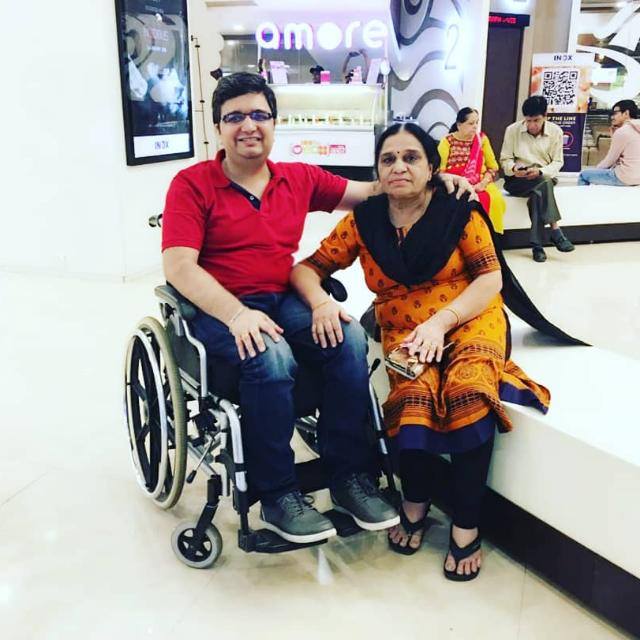 Bouncing back and overcoming the challenges

I was totally dependent and could not do anything by myself. I was also worried about my future with Sonam as we were supposed to get married shortly.

One day while lying on the bed unable to even move, realization struck that self-pity would not take me far. At that very moment, I made a crucial decision to stop feeling sorry for myself and instead decided to focus on my recovery.

My father stopped going to the office and devoted all his time taking care of me. I used to take physiotherapy sessions for 4 hours a day in a positive mindset and with zeal inside of me to overcome this dark phase of life.

And as the saying goes - You are what you think. I thought of recovery and within a year I recovered, which as per my doctors and physiotherapist should have taken not less than 3 years!

When somebody asks me that how I bounced back and recovered, my answer to them is, “I had no other choice”.

Starting afresh in the corporate world – an uphill task

The recovery was not the end of my battle, the second half of this battle was waiting for me in Mumbai, where I had to prove myself every single day.

I came to Mumbai with my parents and re-joined my job at EY...and then the real struggle began!

My father used to assist me to the office as I faced some mobility issues. At the job front, my boss and colleagues were afraid that I won’t be able to do justice to my work profile, as earlier, and thus ruin the team’s overall performance. As a result, colleagues started ignoring me and were not ready to include me in their team or assign me any work.

Adding insult to my injury no new employer was ready to hire me. They were afraid that my brain injury would impact my performance. People started to make me feel weak.

There were days when I wanted to give up but when you are in such kind of a situation, you are fully charged up to do something and prove yourself.

I kept reminding myself that - Failure is a delay of success and not defeat. I started working harder and harder and let my performance speak for itself.

As the saying goes, “No dark clouds can forever prevent the sun from shining!” Fortunately, my never say die approach opened new doors for me.

I switched to a new job (though here also I was not given the designation as per my work experience, because of my career break), still, I opted for it and devoted myself to giving high performance and simultaneously gave time to recovery of my health.

Soon I proved myself professionally and my colleagues, my bosses, everyone was impressed by my dedication and determination.

Then more avenues opened up, I got a great opportunity in one of the leading global media consultancy firms as an “Audit Director”, satisfied, contended, and happily married to my love, Sonam.

"The only time you fail is when you fall down and stay down."

Giving up in any situation is the easiest option you have, but to bounce back and face the challenges, requires utter willpower, but trust me, the feeling of achieving is priceless, and it boosts your self-confidence and self-belief.

When life gives you a second chance to stand, you should rebound with double the force and fly high.

So for all those who feel like giving up, I have something to say- “Do not lose hope and keep on working hard. Be determined, sky is the limit. If you believe in yourself then nothing can stop you from achieving your goals”.