Leaving the Big 4 for the non-profit space: Why Gareth Meaker chose a life in finance with the UN World Food Programme

Gareth, a Chartered Accountant from South Africa joined the World Food Programme. He is the Finance Officer there and believes finance professionals can contribute a lot to the non-profit space 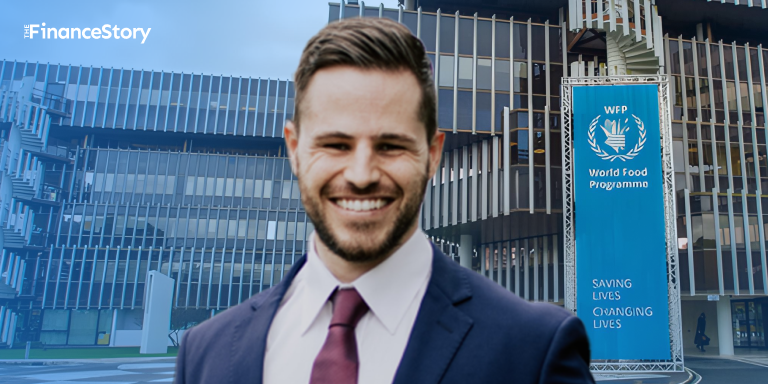 Although I was born in Middelburg, South Africa we relocated to Port Elizabeth, also known as Gqeberha, when I was 6. I did my schooling from there and absolutely loved it.

From a very early age, I was drawn to numbers and the credit goes to both my mom and dad.

My mom is a teacher. As a result, I have had a high degree of discipline and self-determination from early on.

On the other hand, my dad is a numbers guy. He has his own brokerage firm, so it was only natural for me to get acquainted with the world of finance and investment.

Despite it all, Chartered Accountancy was very much a conscious choice.

When I was in high school, I took aptitude tests, and each time “Chartered Accountant” topped the list as a profession that I could pursue.

After that, there was no looking back for me.

I joined Nelson Mandela University where I graduated with a B.Com Honours degree.

While staying in PE (Port Elizabeth) was a no-brainer I felt it was time for a change of scenery in my life.

With that, I moved across to Cape Town and finished my articles in financial services with PwC.

Pivoting from the corporate world to the World Food Programme

After almost 5 years with PwC, which was always South Africa bound, I wanted a career overseas.

I was initially looking at big finance hubs like London, New York, or Hong Kong.

But, my wife who was in Cape Town, found an opportunity to come over to Rome, and join the World Food Programme (WFP).

I was intrigued by her work and started learning more about what the World Food Programme does.

As everyone knows the World Food Programme is part of the United Nations. It is a specialized agency focused on ending world hunger.

There are around 800 million people in the world who are food insecure, they do not know where their next meal is coming from.

For me, this seemed like a mission that was powerful and the impact could change the world.

This is when I decided I would love to be in an organization where one can make a contribution for good. That is how I moved to Rome.

However, it did not start as a full-time role.

When I came over, the job was that of a consultant, and it was a three months contract.

Bizarrely, within the first few weeks, my appendix burst, and I was hospitalized for another week and a half.

So, the first half of my contract was a bit of a disaster but subsequently, I was able to prove myself, and the consulting contract was extended.

But you should know that it was a very big pivot from the financial corporate world to nonprofit. Let me tell you why. 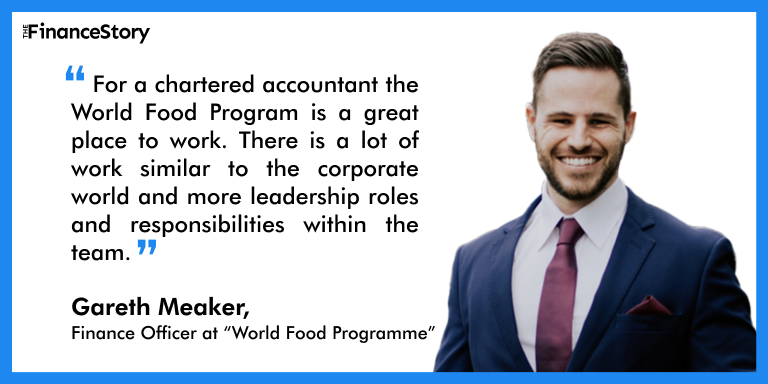 For CAs, World Food Programme is a great place to work

The role of finance in a non-profit organisation

When I initially joined the WFP I was kind of conscious of how things are going to be different.

I asked myself several questions and wondered “How am I going to handle the change?”.

Very soon I realised there was not much of a change, but picked up a lot of new skills pertaining to the impact of finance.

Several of the skills that I picked up from the corporate finance world came in handy.

Finance professionals would be surprised that there is a lot of work similar to the corporate world.

It has a treasury team, which is a centralized function, where we manage all our global banking accounts.

There is cash management function, where the WFP has to send money to various countries where we operate.

There is also FX trading, and managing investment portfolios, which is also centralized.

For a chartered accountant, the WFP is a great place to work. It has an increasing level of leadership responsibilities within the team. That is how my journey has been so far.

I was able to manage the change partly because of my sports background.

Sports instilled in me a sense of self-discipline, and a sense of taking the pain in the short term.

But it also made me understand that there is a long-term objective.

Managing cultural shift as a leader

My team is global. In fact at our headquarters, half of the staff is not Italian.

In my team of a dozen, we have somebody from South Africa, Hong Kong, Salvador, the Philippines, and Turkey.

They can actually come up with better solutions.

That is why I think there is strength in diversity.

When we sit down to have coffee together, somebody comes up and shares a story of their country or their experience. It truly opens up your mind.

When you have a sense of alignment to a larger mission in life there is less friction, which means there will be fewer barriers to overcome.

Should Chartered Accountants be a part of various Non-Profits?

Well, it does not matter if you are doing mining, banking, or nonprofit, somehow there are bookkeeping, money, banking, and these types of elements involved, and that is where a chartered accountant's skillsets become really powerful.

The world food programme is entirely voluntary funded. In 2021 we raised nearly 10 billion dollars in funding. This predominantly comes from the sovereign nations, but also from individuals, foundations, endowments of sorts and donors as well.

And in terms of the draw for chartered accountants, I think there are various aspects that contribute to your level of satisfaction in your job. Financial is one component, of course, the pace being the other.

Increasingly people, especially younger people are drawn as well to the message of the organization. They are drawn to the impact of the work.

They are starting to ask themselves "How can we contribute directly in some sort of a tangible way, to what their organization is doing?"

I think this is where the nonprofit space becomes really powerful and really exciting because the message is very compelling.

And when it comes to the United Nations, it is sort of competitive on the financial element. There is a real career path for you.

If you put your hand up, if you demonstrate competencies, if you are willing to work hard and prove yourself, as is the case with any organization then opportunities will open up.

You can build a career, an actual longer sort of sustained career in the organization.

So I believe Chartered Accountants can build competitive and meaningful careers in Non-Profit Organisations as well.