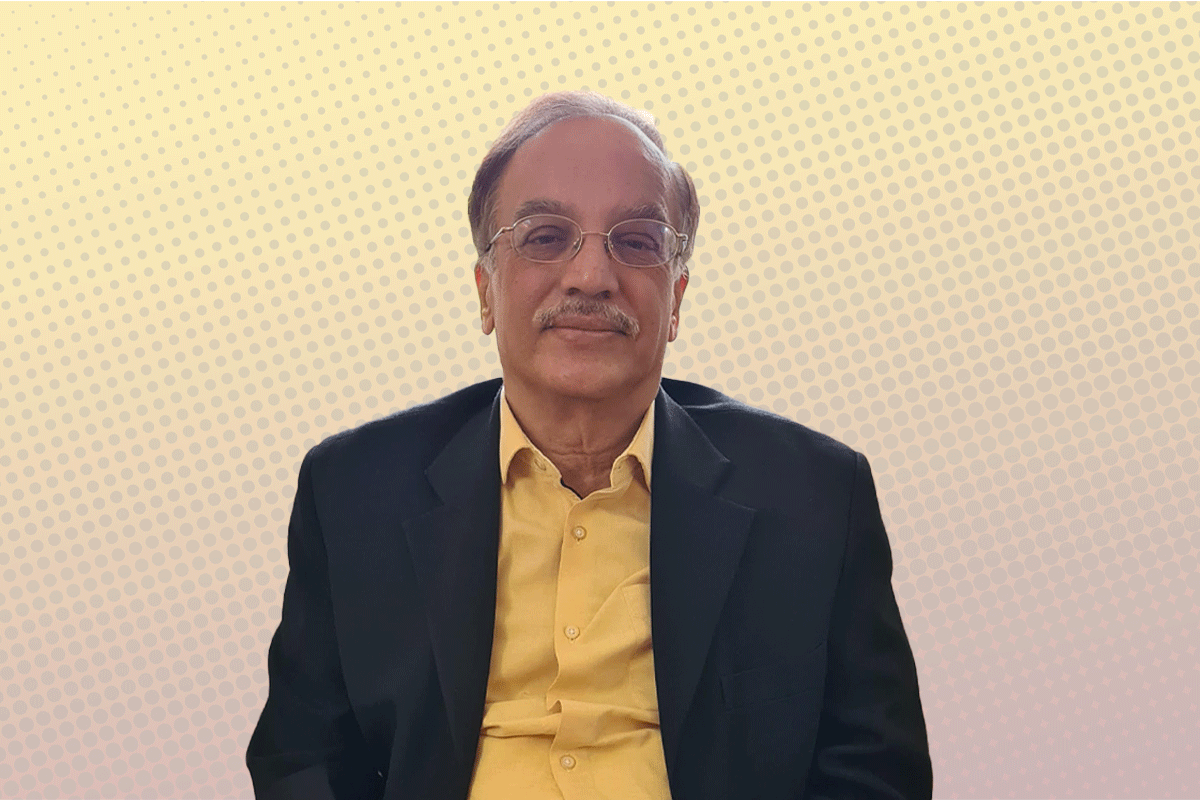 My skepticism with Commerce challenged me to excel at it

Being a Science and Mathematics student throughout my teen years, I always dreamt of becoming a Doctor. Nevertheless, my father and elder sister were confident that I would excel in the commerce field.

To begin with, I was skeptical about enrolling myself in the Commerce stream but as time passed, I knew commerce was my cup of tea.

Back then, as I call it the 'no internet era' only bits & pieces of information was available by word of mouth as to how to become a CA. So, my journey was bumpy.

Nonetheless, my determination and my ability to work hard paid off, and in 1981 I qualified as a Chartered Accountant....this was a big achievement for me and my family.

Starting my career at a CA firm

In the beginning, I was lost. It was unclear as to how I should proceed. The only thing in my mind was that I wanted to evolve and be ‘successful’ but I did not know how to go about it.

For my immediate requirements and to be financially independent, I joined Ratan S Mama & Co., Chartered Accountants, a well-known and respected firm based out of Mumbai. (As a matter of fact, I had done my articles here as well!)

In Ratan S Mama & Co, most of the partners and employees hailed from the Parsi and affluent community. It was a contrasting atmosphere from my initial upbringing, but I adapted very well. In fact, in many respects, my initial learning in my profession came from this firm.

I worked there for around 1.5 years and it became clear to me that I wanted to join the corporate world...I did not wish to remain in Accounting, Auditing, and Taxation profession!

From a CA firm to the corporate world

Finding a role in the corporate world back then was not a walk in the park. This was in the early '80s when India had not opened up and jobs were difficult to come by!

Fortunately, Voltas International hired me on their corporate team. I was thrilled as I got this role after months of trying and completely on merit.

This role proved to be a great turning point giving me opportunities at an early age. In fact, I was 25 years old when I was assigned to a prestigious project in Saudi Arabia as ‘Head of Project Finance, Commercial, HR & Administration'.

I was not sure what prompted them to select me for that position but I further discovered that the CEO of the company wanted to try out young talent and trusted and entrusted the job to me. Towards the end of the project, he felt that he was completely successful in his experiment.

Out of my tenure of 7 years with Voltas International, in the last 2 years, I became the 'Controller for joint ventures', a role which was specifically carved out for keeping me by the same CEO.

By age 31, I was the Senior Executive of the Company...this was a very big deal back then!  I felt I was fortunate to work with such amazing people.

Persevering resolutely in the Corporate world

As I started growing, many offers started coming my way and I too was looking for the "Next" challenge. (I have to mention, that I didn’t apply too many times for a job other than when there was a significant inflection point.)

Obviously, once I was with a large professional organization there was no question of looking back to accounting firms. My mind and career were determined for growth in the corporate world itself. Further, there were no Big 4 firms back then in India.

So the big question was - What should be my next move?

While a lot of my initial experience was in the international arena, I wanted to explore the Indian side as I knew that India would open up post-1991 liberalization.

At that point, I joined Krone Communication Ltd. India  - A listed subsidiary of German Based multinational organization. I joined as the General Manager of Finance but within seven years, I became an Executive Director on the Board.

I was responsible not only for Finances but HR, administration, purchase, Logistics & oversight on production. I was also responsible for Initial Public Offer in 1991 in a depressed investment climate with a record 27 times oversubscription.

In few words, this role made me strong in many areas including leadership, raising loans, making the company from a 6:1 debt-equity ratio to zero debt Company. In fact, it was here that I learnt the art of networking.

Fast forward after working with one more Company, in 2004, I joined Hewlett Packard India (HP) as a Group Finance Director for 4 major legal entities with revenue of $ 3 Billion and over 30000 employees.

I was here for more than 18 years and was responsible for the successful implementation of a business plan for the country, critical assessment, discussion, and review with various country heads for business and country leadership team regarding business issues and concerns, and the list can go on and on.

In the last couple of years, I started selectively getting into Independent Director engagements on the Listed Companies in India. This helped me share my knowledge, wisdom, experience as well as maintain the strong governance of those organizations.

Hurdles on the way

When you run through my resume what might go unnoticed is the innumerous ups and downs, I faced at every stage.

Challenges were plenty including office politics, the initial bias of MNC organization against India, India’s unstructured and chaotic growth as well as antiquated Laws and Regulations...but having significant patience and consistency for what you are aspiring for is the key.

Being an important facilitator on the Board in India as well as a key leader in the global scenario created lots of anxious moments. There were many situations where one would feel apprehensive that the job was at stake. Even during structuring and restructuring of the organizations, have created significant moments of insecurity many times. However, it is very important to continue to perform without such kind of fear.

On the personal front, I choose to balance family and professional growth (and looked after my aging parents) and decided to remain in India. So even though I haven't lost any promotions per se but since I decided to continue to stay in India there were no promotional opportunities beyond where I reached.

At all times, I follow the mantra - wake up, get up and show up.

What helped me advance to the next level at the beginning of my career?

By age 31, I was holding senior leadership roles and when I think of it now, it was the "roles" I had chosen and "the bosses" I had worked for that helped my career evolve.

The roles that I took up had very little to do with hardcore accounting knowledge but more to do with business planning, volume planning, profit planning, opening new business ventures and joint ventures in different parts of the world, technology services agreements, management contracts, etc. This helped me build financial acumen, commercial acumen, and business sense at an early age.

To add, my great desire to do something better, never stop learning, and deliver superior performance and value helped me navigate my future career.

I always remained focused on what is beneficial to the Company, what is fair to all the constituents of the business without violating any laws, rules, and regulations as well as understanding joint venture partners and their agreements in their respective countries.

Also, to some extent, at the peak of my career, I was very assertive and drove many initiatives which were absolutely in the interest of the Company creating a win-win situation for everybody. That of course helped me get appreciation, awards as well as the required visibility.

Narayan Vasudeo Prabhu Tendulkar (N.V.P. Tendulkar) is an Independent Director on the Board of Companies as well as their various committees.

Now It's Your Turn…

Do you have questions for me pls comment and let me know?