The collapse of Luna and UST in the crypto market can be deemed as severe as the financial crisis in 2008. Here’s all you need to know about the repercussions it has sparked. 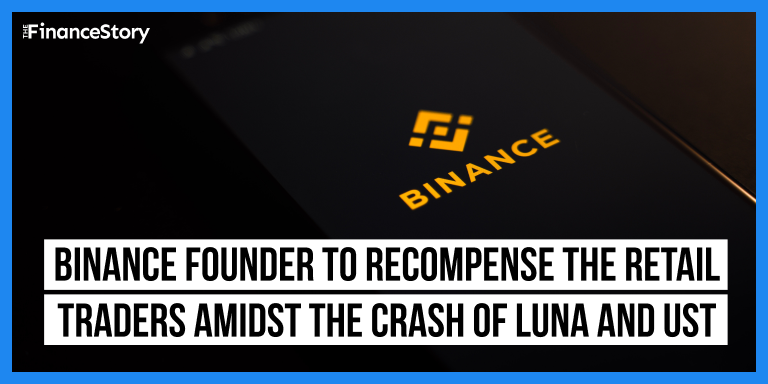 LUNA’s price plummeted 73 percent last week, bringing its value back to where it was in August 2021. The price action represented one of the biggest drops for a major cryptocurrency. Data shows LUNA prices have dropped 90% in the past week. The tokens are now down 92% since lifetime highs of $119 in April 2022.

The crypto community's lack of trust and panic selling caused the price of Luna to plummet to $0.0000011, down from over $80 a week ago. UST was worth 3 cents.

Algorithmic stablecoin TerraUSD’s worth is actually backed by Luna. You can exchange a dollar worth of Luna for one UST coin. When TerraUSD gets exchanged it will be "burned" and swapped for Luna.

Retail users are however suggested to trade UST coins for Luna in case the value of UST jumps below $1.  However, TerraUSD went below $1 the week before last for an unknown cause.

Binance invested $3 million in Luna in 2018 and earned 15 million tokens in exchange. According to Binance's CEO Changpeng Zhao, the tokens were valued at $1.6 billion at the maximum of Luna's valuation, in April. The tokens are currently worth $2,391.

Despite the substantial losses, Binance aims at reimbursing the retail users their lost money with the help of Terra Project team, their last resort tweeted by the founder.

Again, one of the crypto industry's most powerful players Changpeng Zhao’s alliance with Terra hasn’t been all sunny lately; Binance's Zhao, expressed his disappointment with the Terra team's handling of the crash. "We requested that their employees fix the network, eliminate the extra LUNA, and collect the UST peg on our behalf. We have yet to receive any reactions from the users."

Important crypto experts like Vitalik Buterin, the founder of Ethereum, and Justin Sun, the designer of algorithmic stablecoin USD (USDD), have endorsed a Twitter user's request to reimburse 100% of monies to the poorest 99.6% of wallets that lost money due to the UST meltdown. On Monday, Sun said that he will distribute $10 million of his tethered stablecoin to the lowest 236,000 UST investors.

Small investors lost a lot of money in the unfortunate crash of UST and Luna.

An exponential amount of new LUNA coins were created owing to defects in the architecture of the Terra protocol," Zhao explained why the crypto exchange had to stop trading LUNA and UST. Their validators have shut down their whole network, making deposits and withdrawals to and from any exchange impossible, he explains.

For years, Binance, the company that produced Luna has been a strong backer of Terraform Labs. According to VentureBeat, Binance's investment arm was a lead investor in a $32 million fundraising round led by Terraform Labs in 2018 to develop a new financial system on the blockchain.

To prevent the price of Luna from declining, trading has been temporarily halted, Zhao stated.

However, Binance later opted to restart LUNA and UST trading. The change, according to Zhao, allows users to convert their LUNA or UST to other digital assets.